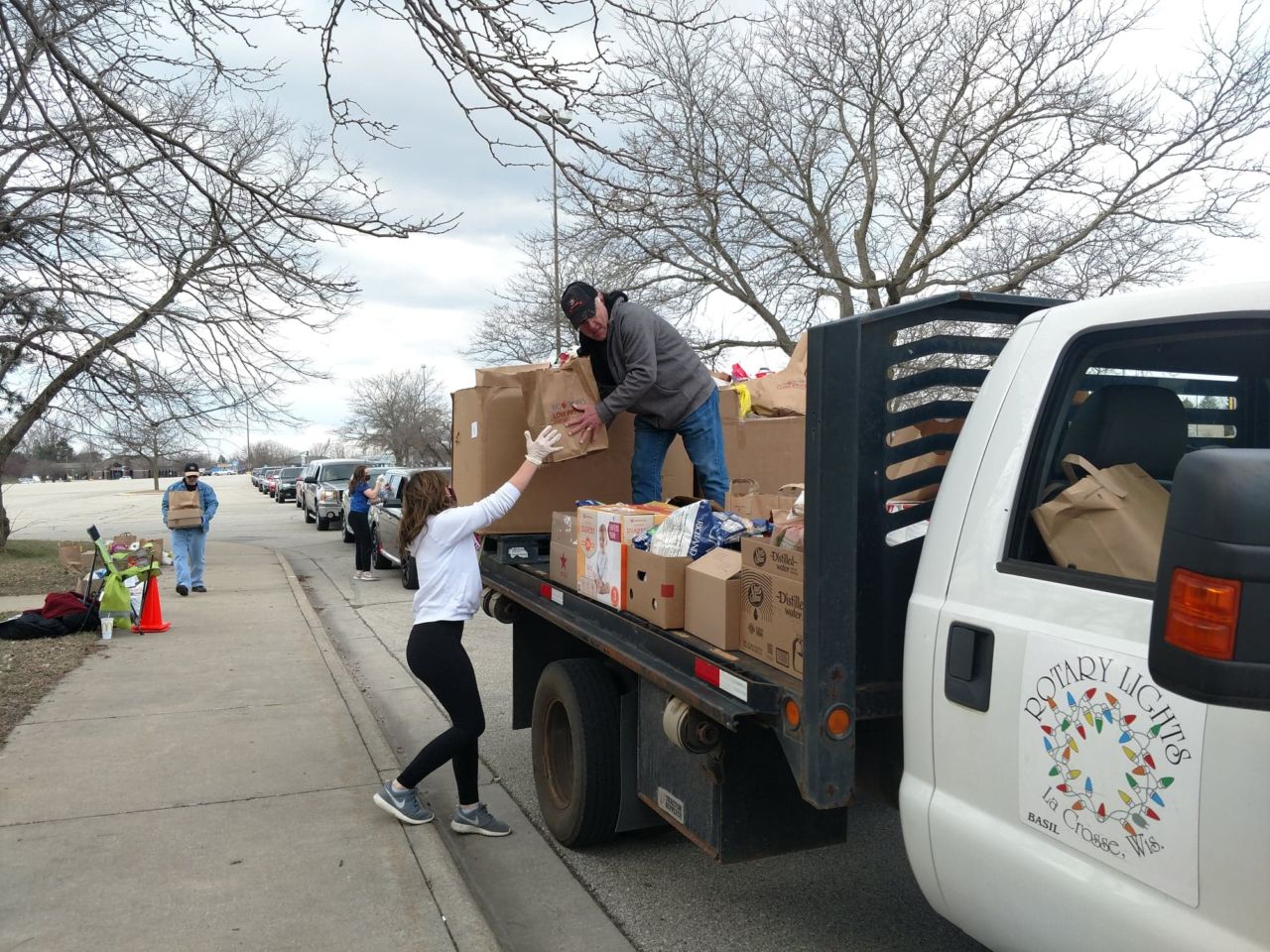 Food pantries in the area are serving an estimated 400-600 more families this year as compared to a year ago.

Shelly Fortner, the Hunger Task Force of La Crosse’s executive director, discussed Friday on WIZM how unique a position everyone is in — from regular food drives being cancelled to the amount of people who need to put food on the table to creative ways they need to get donations..

“We’ve never seen anything like this,” Fortner said on La Crosse Talk PM. “This situation. This drive. We have not held a drive like this in my history with the Hunger Task Force.

“It’s because there hasn’t been such a need before or the uncertainty, and we want to be ready. We’re the ones that stock all the food pantries, and we have to do our job. We couldn’t do that without this (Food Drive Friday).”

It also appears that the La Crosse community understands the situation. Because, again, for the third consecutive week, Food Drive Fridays was an amazing success.

Expect that money to be doubled and then some, because members of Firefighters Credit Union in La Crosse have agreed to match up to $50,000, any May donations — which pretty much means by mid-May, that max will be met.

“It’s really unfortunate we have this need,” Fortner said, “but, oh how the community comes through for us all the time. We are just so grateful.”

Even before COVID-19, the Hunger Task Force food shelf was very much in need for pantries across the region. Now, with the virus pandemic exposing how tough a lot of people have it, donations have become even more important.

“Before this, 80 percent of people who go to food pantries are working,” Fortner said. “It’s the low wages, large rents, expenses, utilities and such. It’s almost become a way of life for people that they really need this. It’s not something they’re doing on purpose. At the end of the month, when the money is gone, there’s no food for anybody.”

Now, however, more people have fallen into the same difficult position.

“It’s not necessarily even what we would call low income people anymore,” Fortner said. “It’s very different but we are seeing that increase.”

To put Food Drive Fridays into some perspective, Fortner said a normal “everyday” drive may bring in between 3,000-5,000 pounds. Their largest drive brings in 30,000.

“We give out close to 400,000 pounds of just canned goods in a year — that doesn’t even count the 1.5 million of produce, meat, dairy and those kinds of things,” Fortner said.

The Hunger Task Force in La Crosse is the only food shelf between Madison and Rochester. It serves over 91 pantries, meal sites and youth programs.

The drives will continue on Fridays through May.