Some meat plants reopen, but Trump order may not be cure-all 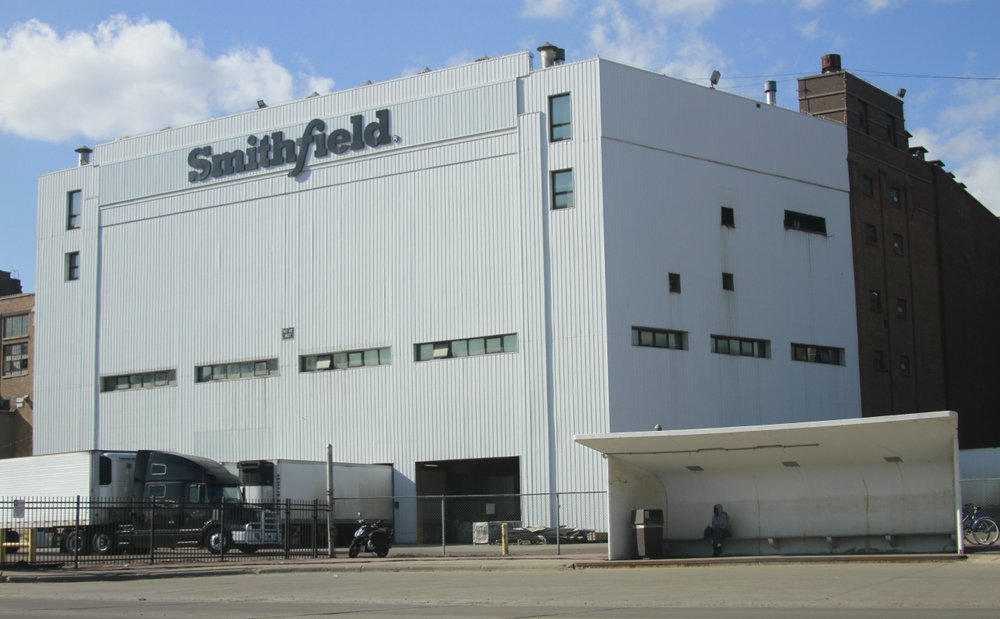 FILE - This April 8, 2020 file photo, shows the Smithfield pork processing plant in Sioux Falls, S.D. The union representing employees at the South Dakota pork processing plant says it will partially reopen on Monday, May 4, 2020, after shuttering more than two weeks ago because of a coronavirus outbreak that infected hundreds of employees. (AP Photo/Stephen Groves File)

SIOUX FALLS, S.D. (AP) — Signs Friday that several big meatpacking plants will soon reopen might appear to support President Donald Trump’s assertion that he had “solved their problems” in keeping grocery stores’ coolers stocked during the coronavirus crisis. But the reality isn’t likely to be so easy.

Though meatpackers have been moving to shift operations to make employees less vulnerable to coronavirus infection, they still have a workforce depleted by illness, with at least 4,900 employees nationwide infected. Many others may be unwilling to risk entering plants that have been rife with infections. Even plants that keep the production lines moving will have to do so more slowly, renewing concerns about whether Americans can count on seeing as much meat as they’re used to.

“We toured the plant and feel the additional measures implemented will allow employees to work safely, while continuing to follow (Centers for Disease Control and Prevention) guidelines and recommendations,” Dori Ditty, the health officer for the county where the Tyson plant is located, said in a statement.

As Trump touted his executive order on Wednesday that requires meat plants to stay open, he suggested it would solve the breakdown in the food supply chain that threatens the availability of meat in grocery stores while farmers face the prospect of euthanizing hundreds of thousands of healthy pigs.

“We solved their problems,” the president said Wednesday after getting off a call with meatpacking executives. “We unblocked some of the bottlenecks.”

But the clearing of those “bottlenecks” depends on thousands of people who work physically-demanding jobs that must be performed by hand and can take weeks to learn. In the latest sign of the strain on workers, Missouri health officials said Friday that nearly 300 employees at a Triumph Foods pork plant in St. Joseph have tested positive for the virus.

“I think it’s ridiculous that (Agriculture Secretary) Sonny Perdue can think all of a sudden he can wave a magic wand and all of a sudden these plants are going to operate at capacity,” said Mark Lauritsen, who directs the meatpackers division at the United Food and Commercial Workers union.

According to a CDC report released Friday, more than 4,900 workers at meat and poultry processing facilities have been diagnosed with the coronavirus, including 20 who died. The illnesses occurred among 130,000 workers at 115 facilities in 19 states, according to the CDC. Some states didn’t provide data, so the actual count is believed to be higher.

The researchers said plant workers may be at risk for a number of reasons, including difficulties with physical distancing and hygiene and crowded living and transportation conditions. They suggested that disinfection be enhanced and that workers get regular screening for the virus, more space from co-workers and training materials in their native languages.

The United Food and Commercial Workers union, which represents roughly 80% of beef and pork workers and 33% of poultry workers nationwide, has appealed to governors for help enforcing worker safety rules. They also want to get rid of waivers that allow some plants to operate at faster speeds.

With so many employees staying home because they are sick or worried about getting sick, many plants are operating only at half capacity, according to Lauritsen.

Smithfield Foods asked about 250 employees to report to its Sioux Falls plant on Monday to staff two departments — ground seasoned pork and night cleanup, according to the United Food and Commercial Workers union local.

The Virginia-based company asked that employees who are sick or who might be more susceptible to severe illness and death from the virus — those over age 60 or who have existing health problems — to stay home, according to the union. For most people, the new coronavirus causes mild or moderate symptoms, such as fever and cough that clear up in two to three weeks.

Smithfield Foods said in a statement welcoming Trump’s order that it should make for easier access to protective equipment and testing. It is not clear how that will happen. Hospitals have struggled to source protective equipment from private manufacturers, and access to testing is handled on a state-by-state basis.

Some states have set up special testing sites near meatpacking plants, including one announced Friday by Maryland Gov. Larry Hogan.

All of this puts considerable strain on a supply chain that only has a few days to slaughter animals, process them and deliver meat to market, according to Katie Wowak, a University of Notre Dame professor who researches food supply chains.

“There’s thin margins in the food industry anyways,” she said. “When you add something like this, it can really cripple entities.”