La Crosse food shelf back in business, blown away by community's generosity ... and it's just Week 2 of Food Drive Fridays 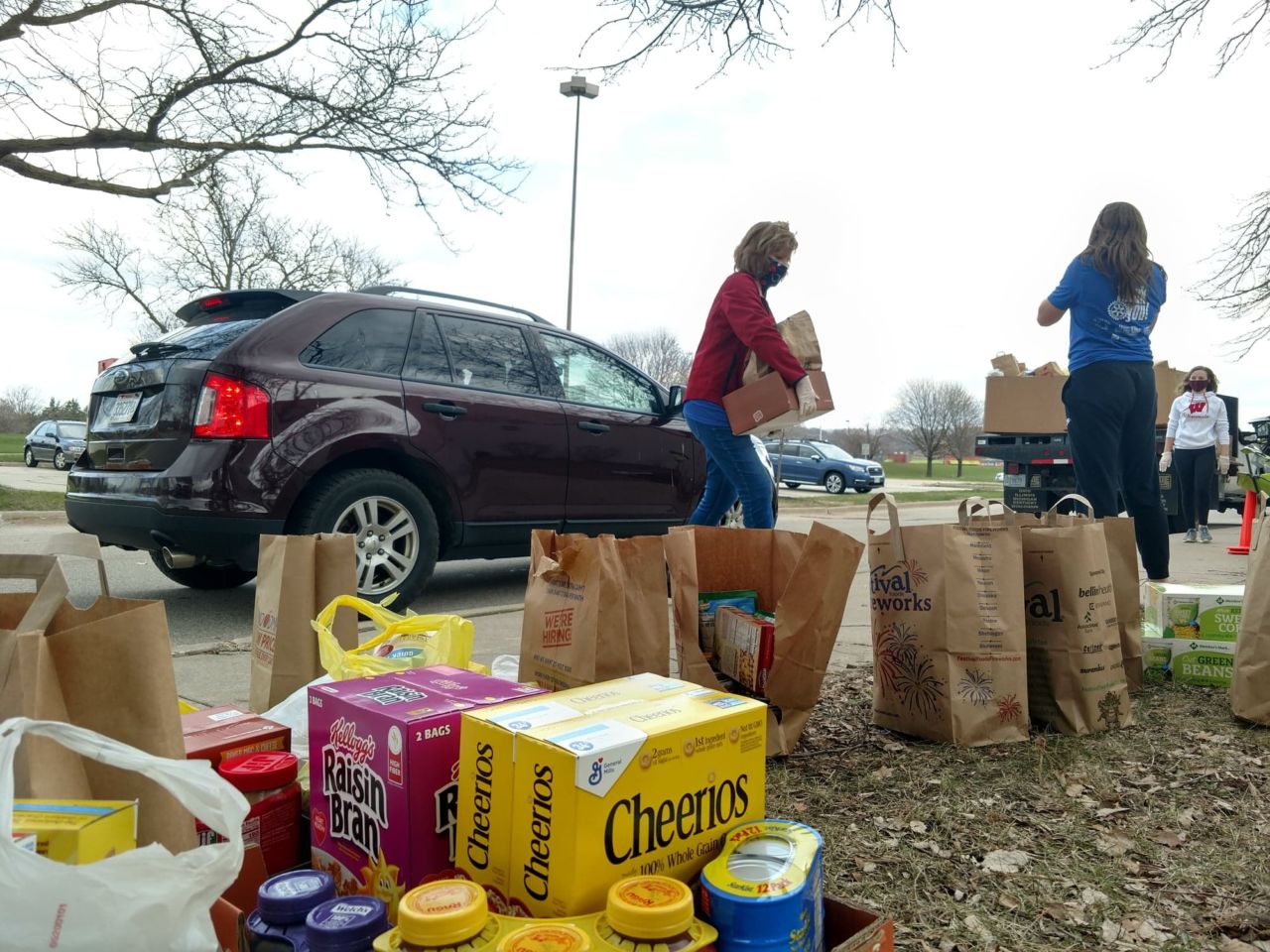 It’s only been two days of a food drive to restock pantries across the Coulee Region.

Well, two Fridays in, they’re almost there already with $71,786 and over 27,189 pounds already donated. Hunger Task Force La Crosse is one of the many charities helping out with the drive.

“The community is just kicking this out of the park,” Fortner said Friday on La Crosse Talk PM. “They really, really are. We’re so grateful.

“I knew we would have a really good turnout and people here are so generous, but I had no idea and we so need it.”

The virus pandemic has been tough of food shelves and pantries across the nation. The Hunger Task Force is the only food shelf from Madison to Rochester, Minn.

And, for awhile there, it was bare.

Aside from watching the cars stack up, bumper to bumper, waiting to donate at each Friday at one of three locations throughout the region, Fortner said another great part of the job is telling those pantries to come stock up.

“Sent an email out saying, ‘Hey, this drive is going really well for us and I know those of you that came in when we were short and we were getting low, we’re back up and running now,'” Fortner said. “So, they’ve been coming in to get the canned goods!”

And, it isn’t long before those reps are emailing her back.

“The pantries’ reps say that to me all the time, ‘A client came in and they were so surprised with the variety that was on our shelves. The things that they can get that they wouldn’t normally buy, and that they they’re really grateful,'” Fortner said. “We get those comments all the time from the programs that we serve.”

Because of the contagiousness of the virus, the Task Force is setting aside the latest Friday donations in quarantine until Tuesday. With 15,189 pounds donated Week 1, volunteers at the food shelf are still sorting those several truck loads.

“Hopefully we’ll be doing that for awhile,” Fortner said, always loving the good problems to have. “So we’re putting out the items we need to put out right away, sorting the rest to just have it on standby.”

With that many donations, Fortner mentioned there’s bound to be some oddities, even some luxuries that end up on the shelves.

“We love all the extras, we love all the interesting things that we get in on food drives,” she said. “But, we have those five staple items that we really want to keep collecting so we don’t run out of.”

But the occasional luxury is welcomed for the family lucky enough to spot it on the food pantry shelf.

“Oh gosh, we get really fun stuff,” Fortner said of those luxuries. “Canned salmon, that’s something that’s fairly pricey in the stores. It’s really great when we’re able to get that kind of thing donated because families just sometimes can’t afford that kind of thing.”

Fortner appreciates the nonperishable food donations. She understands these are difficult times. But, she also wants to get as much food to as many people as efficiently as possible.

So, if anyone is lucky enough to be able to choose how they could donate, monetary donations work best and can be done on the Hunger Task Force La Crosse website.

“The best thing about financial donations is that we can go to distributors and grocers and possibly get a better price than you might,” Fortner said. “There’s all kinds of different things that we can do with the cash donations, as well.