MMA fighting trauma nurse from La Crosse area, headed to take on pandemic at its heart in New York City 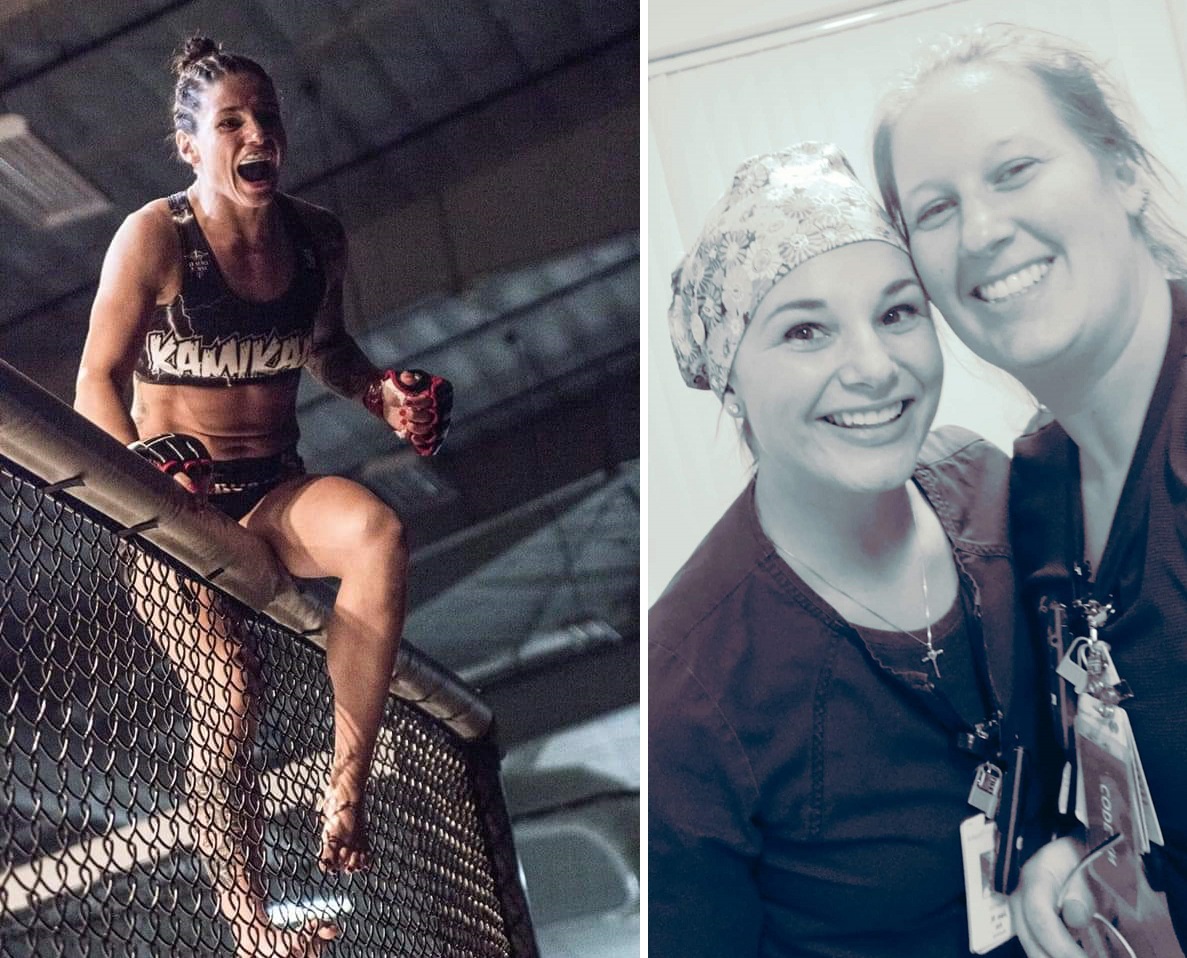 Over the weekend, the death toll from COVID-19 in the U.S. surpassed that of any other country.

New York state also now has more cases of the virus than any country. New York City taking the brunt of the pandemic. Jordan Kaaze (Nickelatti) starts there today.

The Genoa, Wis., native — a small town south of La Crosse — just resigned from her trauma nursing position in St. Paul to help at the new heart of the global pandemic in NYC.

While her first experience there won’t officially come until today, she did get a taste of it over the weekend — blocks away from the hospital, at the apartment she just moved into Saturday.

Looking out her window, she heard cheering from neighbors in apartment buildings all around. It was 7 p.m. It was shift change for healthcare workers, and everyone was letting them know how appreciated they were.

It gave Kaaze chills and reaffirmed her decision to kiss her husband goodbye and temporarily move to NYC.

“The statistics are scary,” Kaaze said on La Crosse Talk PM, “but the healthcare workers over there are pleading for help. They need help. So, that’s what I’m going to do, is ultimately to help them with this terrible virus.”

Taking on the pandemic at its worst — where more than 700 have died in NY each day for the past six days — was kind of a no-brainer for the nurse, who’s also an MMA fighter. There was, however, that whole “leaving her husband back home” thing she had to get through.

When Kaaze brought it up, she said, “I was just holding my breath, (thinking), ‘He’s going to tell me I’m crazy,’ and then, all the sudden, he just looked at me and (said), ‘If you feel like you need to do it, I know the kind of person you are, so do it.’

Over 12,000 have died in New York — four times more than any other state. Kaaze knows all the numbers and more. She’s read some first-hand accounts from nursing message boards. Awful things. It’s why she’s going. Some nursing friends are coming, too.

The process wasn’t hard — once the decision was made. It almost sounded like signing up for the Armed Forces and asking to go to the front lines in the midst of a grueling war.

“We all applied with a recruiter that morning and we got job offers by 7 p.m. that night,” Kaaze said. “So, that’s how much they were hurting and looking for people to come over.

“That kind of solidified, like, ‘OK, I’m making the right decision,’ if we got a job offer less than 12 hours after sending all of our applications in. This is crazy.”

Leaving her job in Minnesota was not an easy decision. But feeling out her state’s situation — 70 deaths, 1,621 cases total — it’s just a fraction of what’s happening in a day in New York — 8,236 cases Saturday, 758 deaths.

“We have a lot of help right now and we have a lot of resources in Minnesota, so I’m not too concerned about leaving,” she said. “I’ll go to New York, complete this eight weeks and, by the time I come back, if there’s a need here, I’ll have my experience to help out here, as well.”

She also knows another thing, there’s no ability for her to compete in MMA right now, so this is the best use of all her free time.

Back in St. Paul, when she was competing, then headed to the ICU, sometimes it was evident, what she was doing the day before. But, nobody had ever mistaken the trauma nurse for needing a trauma nurse, despite those days her face didn’t look quite right.

“When I walk into work wearing my fake glasses,” she joked, “people know that I have either a puffy eye or a black eye that I couldn’t quite cake enough makeup on. So, I’d just throw my glasses on to hide it a little better.”

In a few weeks, Kaaze said she hopes to check back in and update everyone on the state of NYC in the midst of the pandemic.