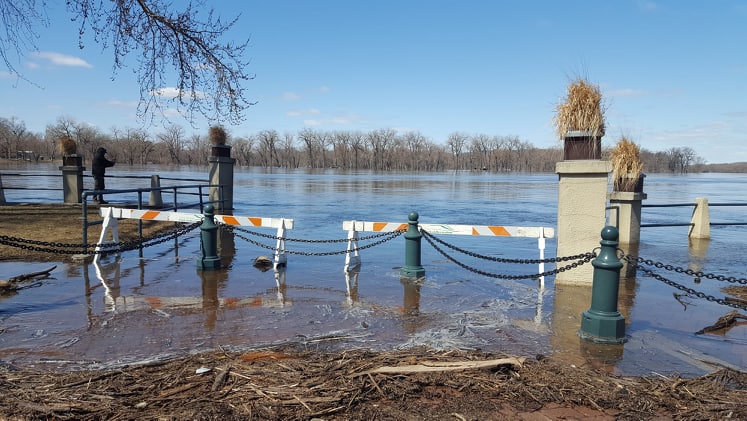 The river is officially below flood stage in La Crosse.

The weather service reports that the Mississippi was slightly below the 12-foot flood stage for the first time in nearly two weeks.

It’s not certain yet what effect the weekend snow will have on river levels, but the water is expected to drop to 11 feet by Saturday.

The river is still above flood stage at Winona, Genoa, and McGregor.

The heaviest amount of snow measured in La Crosse County was 2 inches in Onalaska.

Rochester had 9 inches of snow, and 10 inches fell in Wabasha.

Closer to La Crosse, Mound Prairie in Houston County had 1 inch of snow, and the Tomah area reported one-tenth of an inch.