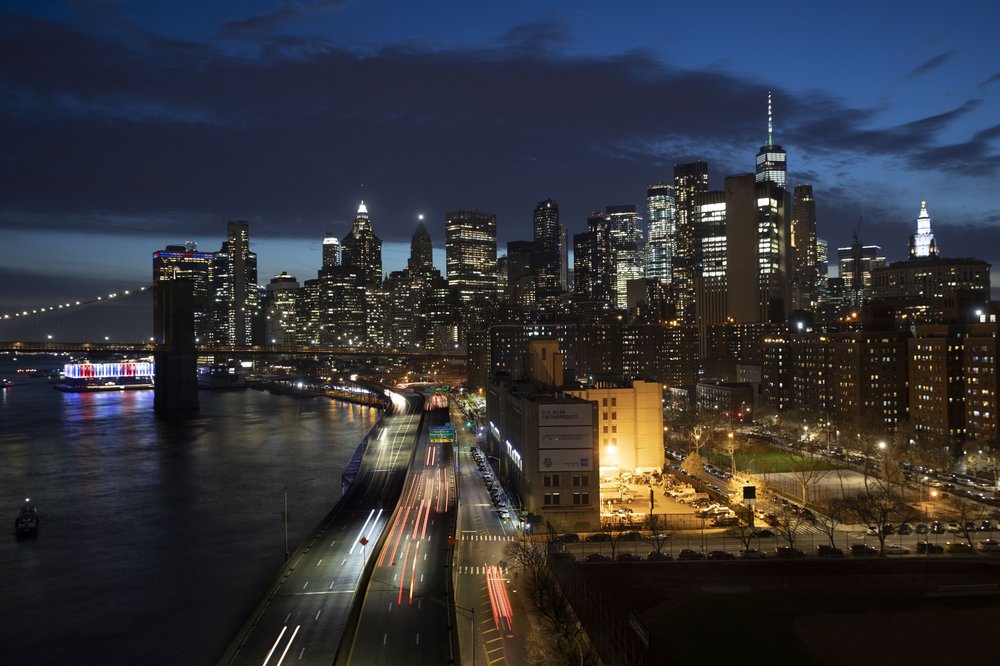 WASHINGTON (AP) — Despite mocking the idea of climate change, President Donald Trump will preside over one of the country’s sharpest drops in climate-damaging emissions on record, as the economic paralysis from the coronavirus tamps down energy use, according to an Energy Department projection on Tuesday.

The agency’s Energy Information Administration projects a 7.5% drop in fossil fuel emissions for 2020. That would be the biggest cut in U.S. energy emissions since at least 1990, EIA records show. The year after the start of the 2008 recession saw a 7.3% decline.

Trump routinely mocks the science of climate change, and his administration has moved to roll back tougher mileage and emissions standards and other climate efforts from the Obama administration.

Emissions will fall markedly this year anyway, owing to the slowing economy and restrictions on business and travel related to the coronavirus, the EIA said.

Burning of fossil fuels, and the rate of climate damage, typically rebounds as an economy does, after economic downturns.

Globally, “we’re seeing radical declines in transportation emissions and drops in other sectors of the economy,” said Stanford University’s Rob Jackson, who heads a group of independent scientists who monitor global carbon pollution. “We haven’t seen anything like this since the Great Depression.”

The energy agency projects Americans will burn 9% less gasoline and diesel and 10% less jet fuel, and that the electricity sector will generate 3% less power overall, among other declines. Solar and wind power — which get scant attention from Trump, other than his statements of loathing for wind turbines — will account for the majority of the country’s new electricity generation, the report says. As marketplace competition reshapes how Americans get their energy, power plants will use 11% more renewables and 20% less coal this year.

The 2020 outlook also marks a setback in Trump’s frequently stated mission of helping make the United States the world’s dominant player in energy production. The coronavirus and an unrelated petroleum supply glut caused by ramped-up pumping by Saudi Arabia and Russia will return the United States to being a net importer of petroleum for at least a time, as domestic drilling subsides, the EIA report said. Any global accord to cut back oil production could change that, the agency noted.

“These trends are only temporary and they’ll go away as fast as this coronavirus crisis goes away,” said climate scientist Jonathan Overpeck, the University of Michigan’s environment dean.