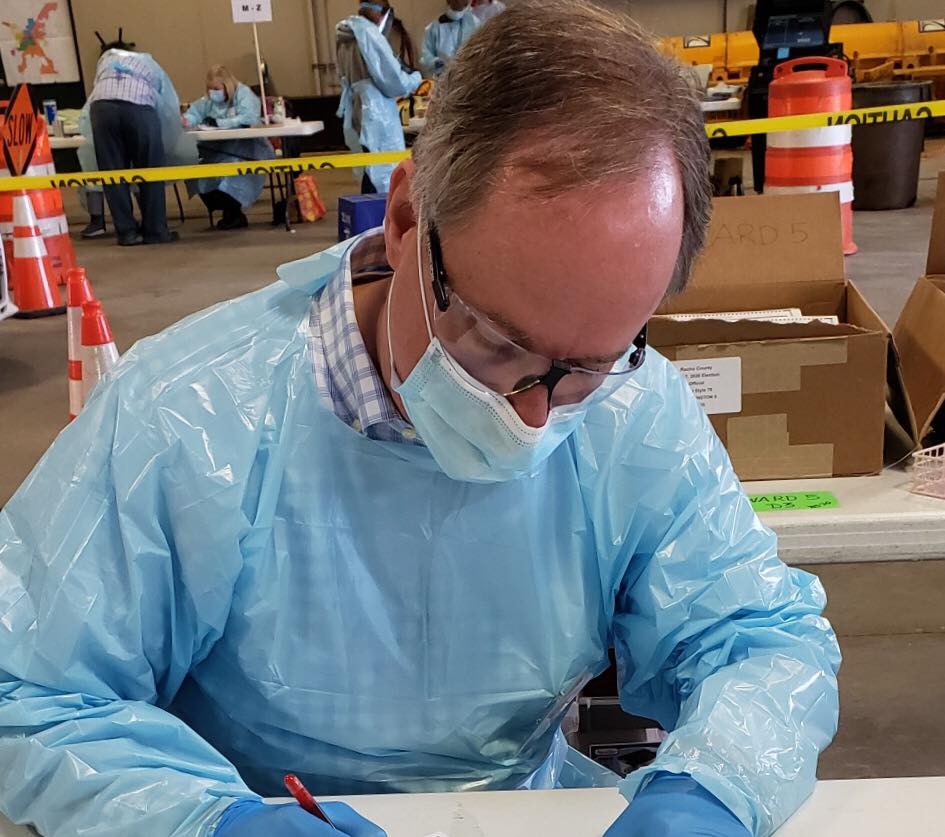 If pictures of incredibly long lines around Milwaukee and Madison weren’t a telling enough story of voting in Wisconsin during a global pandemic Tuesday, then it was Republican Robin Vos.

The Wisconsin Assembly Speaker was in full personal protective gear (PPE) — from a facemask and safety goggles to gown and gloves — while volunteering at a polling station in Burlington, Wis.

“It made no sense to cancel the election,” Vos told The Journal Times in a Facebook livestream, later adding, “You are incredibly safe to go out.”

Vos said he was serving as an election inspector and that wearing the PPE was mandatory.

“I think being covered in protective gear is like the universal sign that everything is OK, right?” University of Wisconsin-La Cross political science professor Anthony Chergosky joked Tuesday on WIZM’s La Crosse Talk PM.

Over the past few days, Republicans in Wisconsin, who control both the Assembly and Senate, have fought with Gov. Tony Evers on how the election is held.

During the interview, Vos argued that people could request an email ballot so they didn’t have to completely vote in person. But that deadline had passed three days prior, at 5 p.m. Friday.

Saturday, Republicans gaveled in and out of a special session called by Evers to come up with an alternative solution to voting in person during this global pandemic.

Monday, they took Evers’ executive order to cancel Tuesday’s in-person voting straight to the Wisconsin Supreme Court, where it was overruled 4-2 — “conservative” judges voting against Evers’ order, while “liberal” judges voting to uphold it.