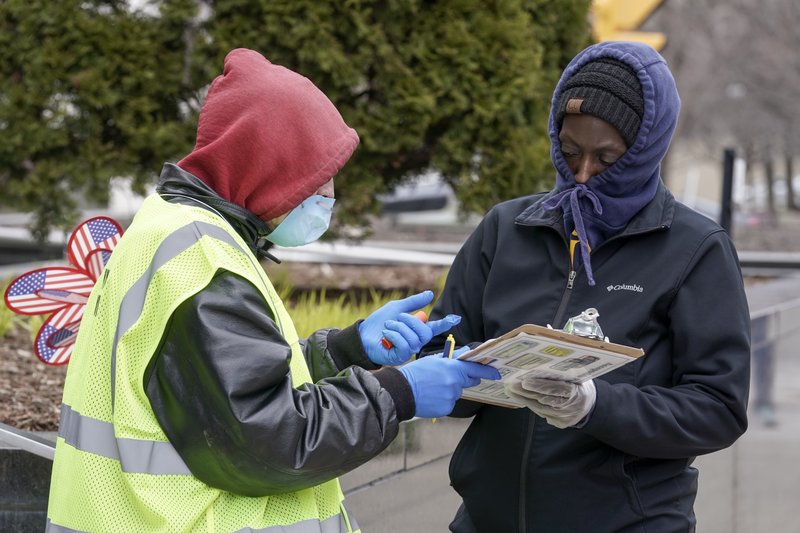 Republicans are asking the high court to undo a federal judge’s ruling this week that declined to postpone the election but added six days, to April 13, for people to submit absentee ballots.

The GOP argued in their brief to Justice Brett Kavanaugh that the absentee extension is “a deeply consequential and disruptive change” that risks confusing voters, comes too close to the election and unfairly creates two different deadlines for voters — one for in-person voting and one for absentees.

“Absentee voting should not be a procedure that gives some voters dramatically different incentives and information than others, permits advocacy groups to strategically chase down ballots that were not cast on election day, and otherwise disrupts Wisconsin statutes that aim to separate cleanly the time for ballot casting and ballot counting,” their filing said, requesting a stay by Monday.

Liberal groups who brought the lawsuit have until Sunday afternoon to respond.

Wisconsin stands apart from other states in trying to hold to its April election date even though Gov. Tony Evers has issued a statewide stay-at-home order. It also comes as Wisconsin’s chief medical officer has credited the order for helping slow the rate of infections in the state.

Fears over in-person voting and a curtailed absentee period may hit Democratic-leaning Milwaukee hardest. City officials there have said they have so few poll workers available that they can operate only five polling sites, creating the prospect of many voters funneled to just a few locations. Milwaukee has cut polling places from 180 to just five. In La Crosse, polls have been cut from 13 to eight.

Fifteen states have delayed their primaries to protect voters and poll workers from the virus. Alaska, Wyoming, Hawaii and Louisiana were set to hold elections Saturday, but pushed those contests back. Louisiana’s presidential primary is now set for June 20. Democrats in Alaska and Wyoming have decided to hold their party-run contests by mail only and have pushed back the deadline for turning in ballots.

Evers initially joined Republican leaders in seeking to hold the primary as planned on Tuesday, but as Covid-19 numbers continue to grow and it becomes harder to find poll workers to man elections on Tuesday, he now favors an all-mail election with absentee voting well into May. Republicans maintain that Tuesday’s in-person voting should go on as planned.

The election features the Democratic presidential primary between Joe Biden and Bernie Sanders, but a bigger concern for Republicans is a high-stakes state Supreme Court race featuring a conservative incumbent against a liberal challenger.

A key race on the ballot is for a seat on the bitterly partisan Wisconsin Supreme Court, where conservatives holding a 5-2 advantage. Judge Daniel Kelly, a conservative appointed by Scott Walker to fille the unexpired term of Justice David Prosser, faces a challenge from Dane County Circuit Court Judge Jill Karofsky, for a 10-year term.

Liberal groups have taken the matter to the courts, and won a partial victory when Judge William Conley declined to postpone in-person voting while extending absentee voting until April 13. The 7th U.S. Circuit Court of Appeals late Friday rejected Republicans’ appeal of that decision.

Assembly Speaker Robin Vos and Senate Majority Leader Scott Fitzgerald, both Republicans, said in a statement late Friday announcing their Supreme Court appeal that they “still have grave concerns about election security” by allowing votes to be submitted beyond Election Day.

Evers has said he can’t move or change the election on his own. He called a special session for Saturday afternoon, asking Republicans to take up bills that would convert the election to all-mail and give voters until May 26 to return ballots. Vos and Fitzgerald said they wouldn’t do it. They met Saturday as required, but immediately adjourned. Evers accused Republicans of “playing politics with public safety and ignoring the urgency of this public health crisis.”

Local races are also on Tuesday’s ballot, and filling those offices were a reason both Republicans and Evers cited when they had initially agreed to keep the election on track. They also said there was no guarantee the virus crisis would fade if the election was pushed back by weeks or months.