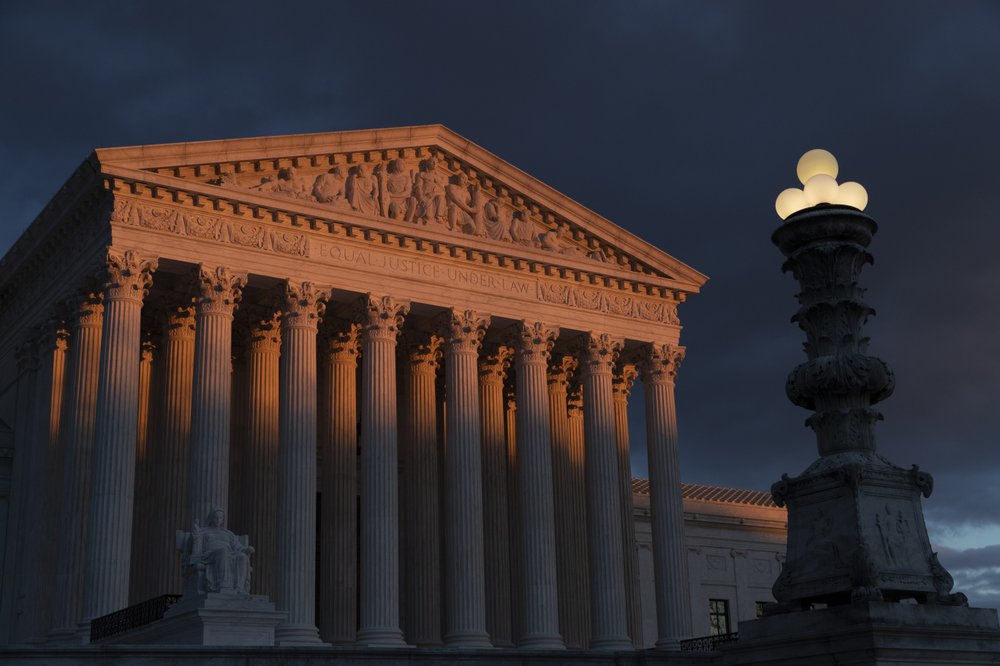 The groups argue that a federal judge’s order this week extending absentee voting from Tuesday to April 13 is critical for a fair election and to protect public health. They said the crush of absentee ballot requests — more than 1.1 million, far more than any previous election — has made it impossible for clerks to get them out to voters and get them back in time to beat what had been an 8 p.m. election night deadline.

“These backlogs and delays will disenfranchise voters, in the absence of any emergency extension of the deadlines for mailing and receiving absentee ballots,” they argued. “The City Clerks for Milwaukee and Madison have concluded there is ‘no practical way’ that scores of thousands of voters from these two municipalities alone who have not yet received their absentee ballots will be able to vote and return their ballots by the deadline.”

Separately, a group of Wisconsin mayors on Sunday urged acting Health Secretary Andrea Palm “to step up and stop the State of Wisconsin from putting hundreds of thousands of citizens at risk” through in-person voting. The letter was signed by the mayors of Milwaukee, Madison, Green Bay and other cities. Palm’s press office hasn’t responded to a request for comment.

Wisconsin is scheduled to conduct in-person voting on Tuesday despite concerns about the health risks to voters and poll workers. Democratic Gov. Tony Evers and Republican leaders were initially united in sticking to the election date, but this week Evers reversed course and called for shifting to mail-only and extending absentee voting into May.

U.S. District Judge William Conley subsequently declined to postpone the election, calling it inappropriate for a federal judge to do so, but handed Democrats a partial victory by extending the absentee voting period.

Republicans appealed to the U.S. Supreme Court after the 7th U.S. Circuit Court of Appeals declined to reverse Conley’s order. In their brief Saturday, they argued the extension unfairly creates two voting deadlines — one for in-person voting and one for absentees.

They also argued that election returns would leak out after Tuesday’s in-person voting, giving interest groups a chance to “strategically chase down ballots” to help their preferred candidates, and distort voter behavior. Democrats disputed that, noting Conley’s order blocked clerks from reporting results before April 13.

There was no indication when the high court would rule.

Wisconsin stands apart from other states in trying to hold to its April election date, even as Evers issued a statewide stay-at-home order that Wisconsin’s chief medical officer says helped slow the rate of infections.

Evers has said he can’t move or change the election on his own. He called a special session for Saturday, asking Republicans to take up bills that would convert the election to all-mail and give voters until May 26 to return ballots. Assembly Speaker Robin Vos and Senate Majority Leader Scott Fitzgerald, both Republicans, said they wouldn’t do it, and Saturday’s session was gaveled in and out in seconds.

The election features the Democratic presidential primary between Joe Biden and Bernie Sanders, but a bigger concern for Republicans is a high-stakes state Supreme Court race featuring a conservative incumbent against a liberal challenger.

Fears over in-person voting and a curtailed absentee period may hit Democratic-leaning Milwaukee hardest. City officials there have said they have so few poll workers available that they can operate only five polling sites, creating the prospect of many voters funneled to just a few locations.

Other states have delayed their primaries to protect voters and poll workers from the virus. Alaska, Wyoming, Hawaii and Louisiana were set to hold elections Saturday, but they’ve pushed those contests back. Louisiana’s presidential primary is now set for June 20. Democrats in Alaska and Wyoming have decided to hold their party-run contests by mail only and have pushed back the deadline for turning in ballots.