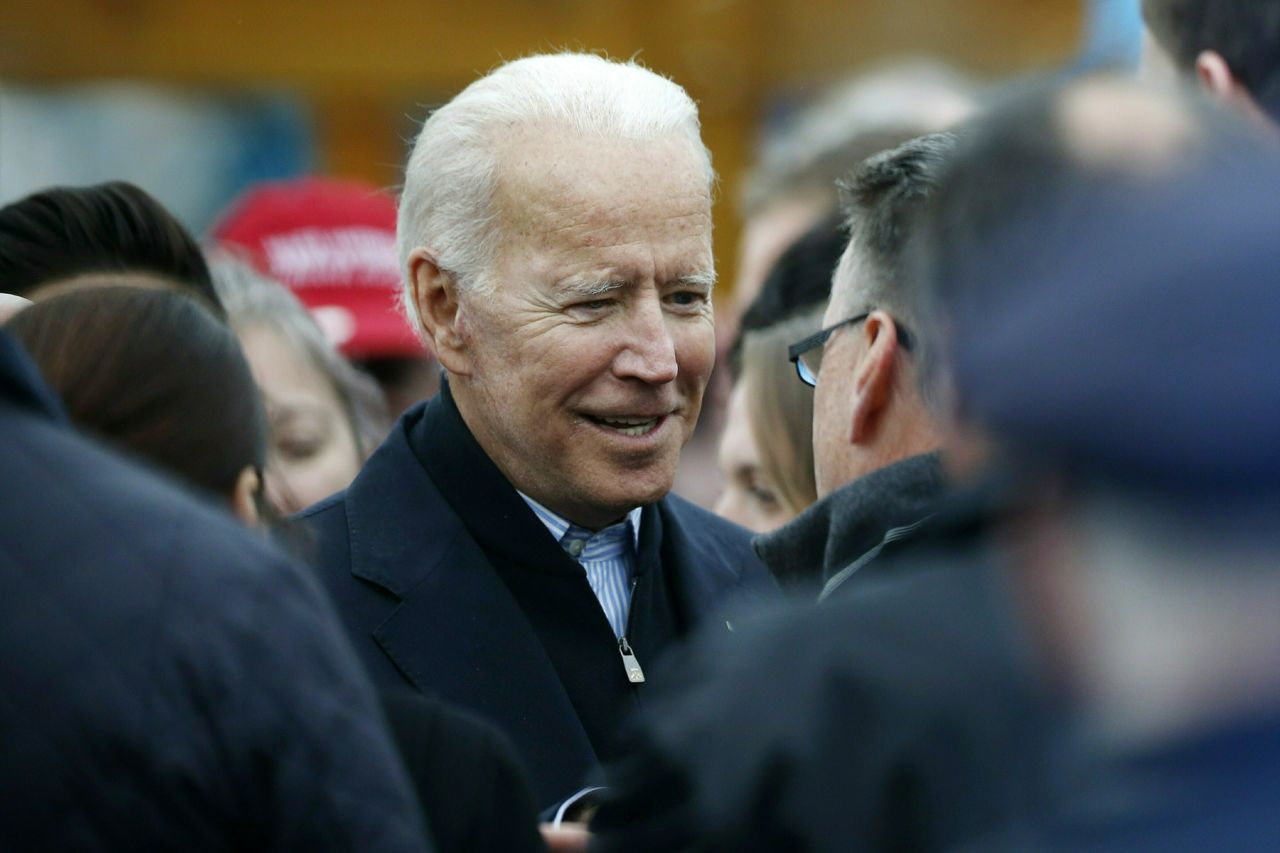 WASHINGTON (AP) — Joe Biden said Thursday that he wants to speak with President Donald Trump in the hope that the president can “learn some lessons” from the Obama administration on how to deal with the coronavirus outbreak.

“We’ve been through this in a slightly different way in the past, and I hope they can learn some lessons from what we did right and maybe what we did wrong,” the former vice president said during a virtual press briefing.

Biden’s aides have said they’re working to arrange a phone call with Trump to discuss his coronavirus response. The president said Wednesday he would “love” to speak with Biden.

The prospective Democratic presidential nominee has touted his work in addressing the Ebola crisis that unfolded in 2014 as a possible model for how the federal government should deal with the current pandemic. The current coronavirus outbreak has sickened and killed exponentially more individuals nationwide, with the infection rate topping 1 million on Thursday.

In recent weeks, Biden has offered his own proposals, which include expanding health care access, bolstering banks’ lending ability and pushing out supplies to hospitals faster. Biden said on Thursday that he hoped Trump would expand use of the Defense Production Act, shifting U.S. manufacturing capabilities toward urgently needed medical supplies. But he said if he spoke with Trump, he wouldn’t try to claim credit for the president’s moves.

“I think there’s things that the president can use early on from the experience we had before … and if he did, I wasn’t going to be out there saying he took my idea,” Biden said. “It’s a matter of the president doing what can most effectively get things done now.” Biden repeated his willingness to talk to Trump during a virtual fundraiser later Thursday with 115 plaintiffs’ attorneys. “I’m happy to hear he’ll take my call,” Biden said. Earlier Thursday with reporters, Biden casually mentioned previous conversations with Trump, calling them “respectful” and “straightforward.” Trump and Biden would have encountered each other between Trump’s 2016 election victory and Inauguration Day. A Biden aide confirmed after Thursday’s briefing that the two have not spoken since the former vice president launched his presidential bid last April.

Separately, Biden dismissed efforts from his last-remaining primary rival, Vermont Sen. Bernie Sanders, to turn the pandemic into a new justification for his “Medicare for All” government insurance plan. Biden praised Sanders as “passionate” but said Medicare for All wouldn’t “make a difference” in the nation’s ability to combat COVID-19.

Biden maintains that his proposal to add a government plan –- a “public option –- to existing private health insurance markets would allow the U.S. to reach universal coverage without disrupting the health care delivery system as much as a single-payer overhaul. And he said Thursday that a government-run system also would face challenges in responding to the pandemic.

Sanders has made his renewed push for Medicare for All a theme of his new virtual campaign as he, like Biden, holds online town halls and makes the rounds on cable news and late-night talk shows.

“People are asking, ‘How does it happen where we spend twice as much per person on health care as any other nation, and yet our public health system is so weak?’” Sanders said on NBC’s “Late Night with Seth Meyers” earlier this week.

Sanders’ plan posits an entirely government-financed model displacing private insurance and ending individuals’ out-of-pocket costs. Biden’s approach expands subsidies for private insurance premiums and the proposed “Medicare-like” public plan for certain middle-income Americans, with cost-free enrollment in the public plan for low-income residents. Policy differences aside, Biden was careful Thursday when a donor asked him about the prospects of Sanders conceding. “Our staffs have been talking, Bernie’s staff and mine. I don’t know where it’s going to go,” Biden said. But he emphasized his “significant respect for Sen. Sanders and his supporters” and said he knows “first-hand … what a personal decision” it is for a candidate to end a White House bid.

Even as Biden insisted he wanted a good-faith call with Trump and would be happy for the president to take his recommendations on dealing with the crisis, he continued to criticize Trump’s response to the crisis and suggested it was difficult for Americans to trust him.

“He hadn’t had a great record so far when it comes to delivering real help to the American people in a timely fashion,” Biden added. “I hope this time is different.” Biden also left little doubt about what kind of tone he expects between now and Election Day, even if he and Trump manage a cordial telephone chat. “I think it’s going to be an ugly campaign,” he told his video assembly of donors.