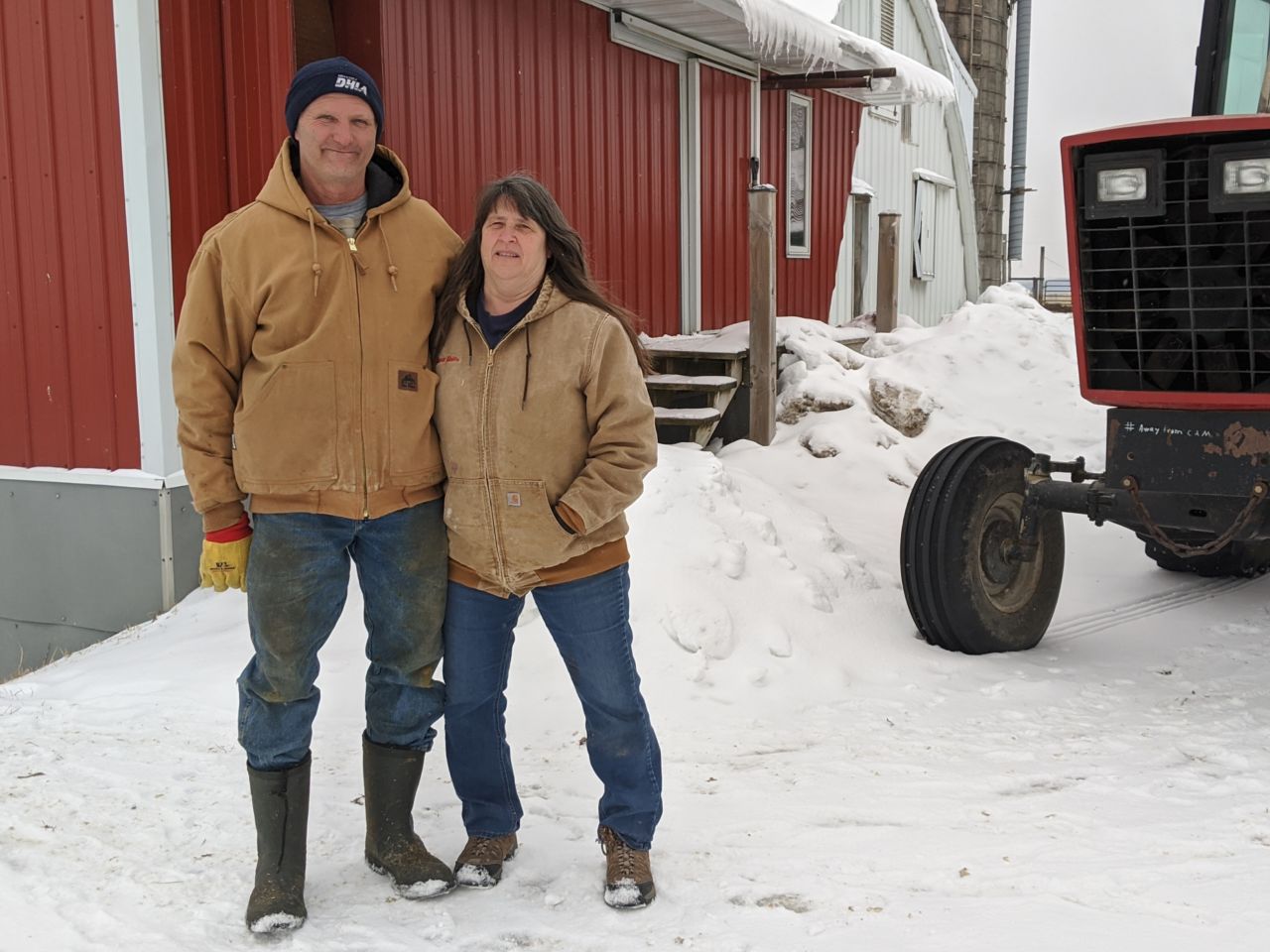 The year 2020 was anticipated to bring relief for farmers who had faced more than five years of downward trends, but the coronavirus delivered another hit to the dairy industry.

Dairy sales to restaurants, schools, and hospitality businesses plummeted, bring prices to levels that may be unprofitable for farmers this spring who need to prepare for planting input costs.

Before the COVID-19 pandemic hit American soil, one Minnesota dairy farmer theorized a plan to help the small players in the industry.

Mike and Joan Gilles are first-generation farmers. Mike always enjoyed working outdoors and had a love for animals. The city kids started farming full time in 1982. In 1996, they bought a dairy near Ridgeway, Minn.

The grass-based dairy farmers are limited in their herd size based on the space and efficiency of farm pastures. The Gilles family milks about 110 cows and has 100 acres of open ground for pasture grass with another 150 acres of land they rent for growing forages.

Although it is a family farm today, Mike and Joan are not sure if there is a future in the industry for their children.

“It is hard for anybody in this generation to be enthusiastic to farm when they see the struggles involved,” Mike said. “When I started, if you worked hard and managed properly, you could be successful. That isn’t necessarily the case for the next generation we’re seeing.”

As Mike wondered if his farm would make it to a second generation, he thought of a plan to keep other small producers going. He said the principle of the idea can be split among three key groups: the farmers, the processors, and the retailers.

Using general, flexible numbers for easy math, Mike said they could stabilize markets for dairy farmers by guaranteeing $30 per hundredweight for the first 1 million pounds of milk. Any milk produced past that point would receive the market price.

“At the end of 2018, using 1 million pounds for every licensed dairy farmer accounted for about 15 percent of the milk produced in this country,” Mike said. “It’s a relatively small segment, so it doesn’t impact the whole industry significantly.”

Mike admitted that to keep prices the same in retail, the balance of the market price would come down to absorb the price increase.

“The good side of it is every single farmer is going to get the exact same benefit,” he said. “We’re constantly told the milk price is falling because of oversupply, but there’s absolutely nothing in the pricing system that gives you any reason to cut production.”

Mike noted that under this system, the average farm blend price would lower as the size of the herd grows.

He also pointed out that this would not be taxpayer-funded. His plan is a mandate similar to the minimum wage mandate.

Small farmers leaving the industry impacts not only their family businesses but also the communities and retailers that supported them and have also been struggling in the dairy industry decline, according to Mike.

He predicted this price plan could incentivize young people to start farming and help them receive loans if they have a guaranteed number to show the bank.

One foreseeable challenge is for dairy processors or co-ops that work heavily with smaller herds. As the farmer’s blend price goes up, so would the processor’s cost. This is where Mike proposed a tax incentive that could level the playing field among processors. The tax credit would go to co-ops accepting at least 15 percent of their milk from small producers. The tax credit could then fluctuate based on higher percentages.

The retailer may also qualify for a tax credit if shelves are stocked with what could be labeled as “fair wage milk.”

“The consumers I’ve taught to like to keep our small farms,” Mike said. “If they can go and see this part of the dairy case has a percentage of its product from fair wage milk they may support it more than the section of the dairy case that doesn’t.”

He hoped if anything, the idea would spark a conversation of change as farmers look to pass their heritage down from generation to generation.