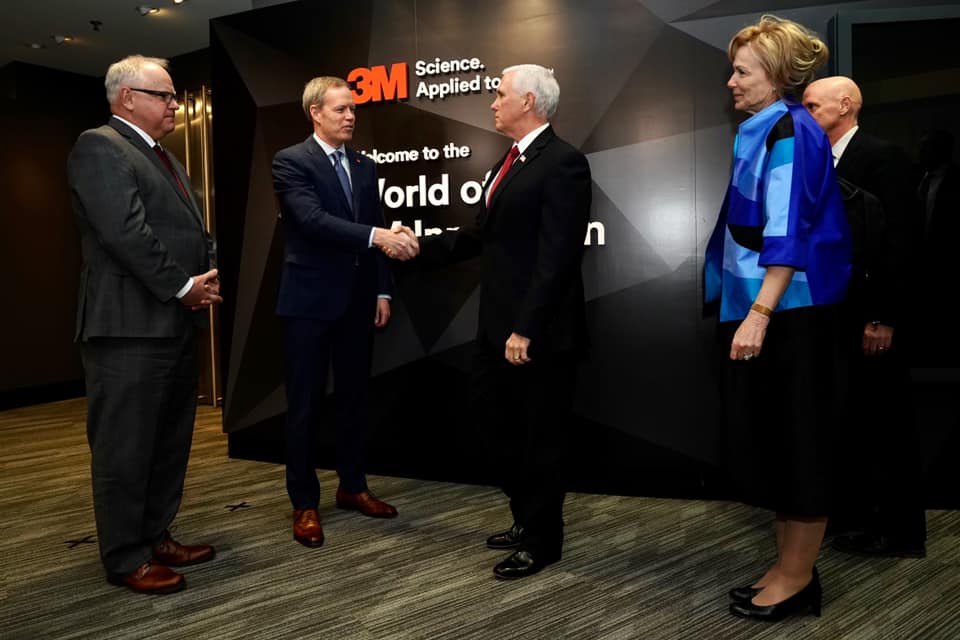 MINNEAPOLIS (AP) — The coronavirus pandemic took an increasingly bleak toll Saturday in the U.S. and Europe, producing staggering caseloads in New York and Italy and setting off a desperate scramble to set up thousands of additional hospital beds as the disease notched another grim advance.

“Everything that can be done is being done,” New York Gov. Andrew Cuomo said, adding, “We are literally scouring the globe looking for medical supplies.”

Across the world, streets, squares and highways in major cities were deserted as curfews and lockdowns multiplied to try to stop the spread of COVID-19. In the U.S., New Jersey and St. Louis were added to a growing list of areas where residents were ordered to stay home. Health care workers from Oklahoma City to Minneapolis sought donations of protective equipment. Staff at a Detroit hospital began creating homemade face masks for workers. Even rural hospitals were strained as people increasingly felt the pandemic closing in.

In the farming community of Vidalia, Georgia, Dr. Robert Wagner said medical staffers at his emergency room are wearing face masks for their entire 12-hour shifts and changing in and out of full protective gear every time they see people considered a potential coronavirus case — all while dealing with a regular flow of patients injured in car crashes and suffering chest pains or other maladies.

They are testing an increasing number of patients for the virus and worried that the 50-bed Meadows Regional Medical Center could eventually become overwhelmed.

“There’s definitely this underlying fear in the community. You can see it,” he said.

In Washington, negotiators from Congress and the White House resumed top-level talks on a ballooning $1 trillion-plus economic rescue package, urged by President Donald Trump to strike a deal to steady a nation thoroughly upended by the coronavirus pandemic. Trump continued to strike a confident tone about the nation’s ability to defeat the pandemic soon, even as health leaders nationwide acknowledged that the U.S. is nowhere near the peak for the outbreak.

“We are going to be celebrating a great victory in the not too distant future,” he said.

The contagion is starting to be felt in U.S. cities far from major metropolitan areas, including places that have resisted drastic shutdown measures. About 150 countries now have confirmed cases, and deaths have been reported in more than 30 American states. There are now more than 300,000 confirmed cases worldwide, according to a running tally by Johns Hopkins University.

New hot spots are surfacing by the day. Among the new concerns: an outbreak at a nursing home in Ohio, an outbreak in New Orleans that alarmed state leaders and two new deaths in Kansas, where a top health official said the supply of testing kits won’t last through the weekend.

Debbie Velarde is self-isolated at her home in the Denver suburb of Lakewood, Colorado, after learning this week that a woman she trained during a work trip in Phoenix in early March had tested positive and was hospitalized on a respirator. Velarde then came down with a fever and cough and lost her job, and is still waiting to hear back if she tested positive for COVID-19.

“I couldn’t go back to work even if I was well because the mall where my shop is has since closed,” said Velarde. “We were told to apply for unemployment.”

In Nebraska, 81 counties are without intensive-care beds, and 28 of the most rural counties have no hospital at all. In western Minnesota, five health care organizations were teaming up to convert part of a former prison into a center to care for coronavirus patients.

The shortage of medical equipment and protective gear was a concern in major cities too. Supplies including protective gear, respirators and hand sanitizer were dwindling. New Hampshire’s largest hospital, Dartmouth-Hitchcock Medical center, encouraged volunteers to sew face masks for patients, visitors and staff so medical-grade protective equipment could be conserved for health care workers. Integris Health, in Oklahoma, was asking the public to donate masks, hand sanitizers, disposable gloves and other supplies.

When people realize that the virus is in their community, “the anxiety kicks in, and they are rushing to the emergency room,” Integris spokeswoman Brooke Cayot said. “It’s the emergency rooms that are feeling overrun at the moment (by) people who are frightened and understandably so.”

Vice President Mike Pence and his wife, Karen, tested negative for the coronavirus, his press secretary tweeted. They were tested after a member of his staff tested positive.

John Hopkins reports there have been about 13,000 deaths globally. The United States has seen more than 280 deaths so far. Italy, which has Europe’s largest outbreak, now has at least 4,825 dead.

For most people, the new virus causes only mild or moderate symptoms, such as fever and cough. For some, especially older adults and people with existing health problems, it can cause more severe illness, including pneumonia. The vast majority recover.

But the virus is spreading at a rapid rate, jolting the global economy and starting to max out the health care system in several cities.

In Italy, local authorities in the hard-hit northern regions have been pleading with the national government to enact stricter measures. Italian Premier Giuseppe Conte told the nation he was tightening a lockdown and shutting down all production facilities except those providing essential goods and services. He cautioned citizens to be calm and patient, saying there’is no alternative.

“Our sacrifice in staying home is minimum compared to that of other citizens trying to keep the nation well and functioning,” he said in a Facebook address.

Russia’s Defense Ministry said it was ready to fly mobile medical teams and disinfection equipment to Italy, and a plane delivered more than 100 tons of supplies from China to the Czech Republic as part of a NATO program.

Spain now has the third-highest number of infections worldwide, followed by the U.S.

Spanish health authorities have acknowledged that some intensive care units in the hardest-hit areas are close to their limit. The army was building a field hospital with 5,500 beds in a convention center in Madrid, where hotels are also being turned into wards for virus patients without serious breathing problems.

Dr. Olga Mediano, who treated victims of a 2004 jihadi bomb attack in Madrid that killed nearly 200 people and wounded many more, said nothing prepared her for the national health tragedy Spain is now enduring.

“This cannot be withstood much longer,” Mediano said from Guadalajara. “We are doubling up on our shifts. We have strategies to hang in there this week, but beyond that we need the situation to improve because we professionals are bearing a lot of pressure, including emotional.”

In Germany’s southern state of Bavaria, town squares were empty. Pigeons outnumbered people in London’s usually bustling Trafalgar Square and Leicester Square, and the British government told up to 1.5 million sick and vulnerable people to stay home for at least 12 weeks.

Britain still lags behind other countries in the spread of the virus, but its overstretched health system is creaking. Britain has already asked 65,000 retired nurses and doctors to return to work.

Workers near Moscow are rushing to build a clinic to treat hundreds of coronavirus patients as Russia prepares for a wave of infections. Placards in the style of Soviet propaganda posters have been erected near the site, with one showing a mayor pointing at the viewer and the slogan “Builders — Minutes count!”

The Chinese city of Wuhan, where the global pandemic was first detected, went a fourth consecutive day on Sunday without reporting any new or suspected cases of the virus. Wuhan must go 14 straight days without a new case in order for draconian travel restrictions to be lifted, but already, a special train returned more than 1,000 car factory employees for the first time since the outbreak.

China reported 46 new cases over the previous 24 hours, 45 of them coming from overseas.

The Palestinian Health Ministry announced the first two cases of the coronavirus in the Gaza Strip, adding fears of a potential outbreak in the crowded enclave with an overstretched health system following years of an Israeli-Egyptian blockade and Palestinian political division.

Back in the U.S., restrictions on movement were scheduled to take effect Saturday in Illinois and New Jersey and Sunday in New York, where the governor invoked 9/11 in calling for the state to come together in the midst of a historic crisis.