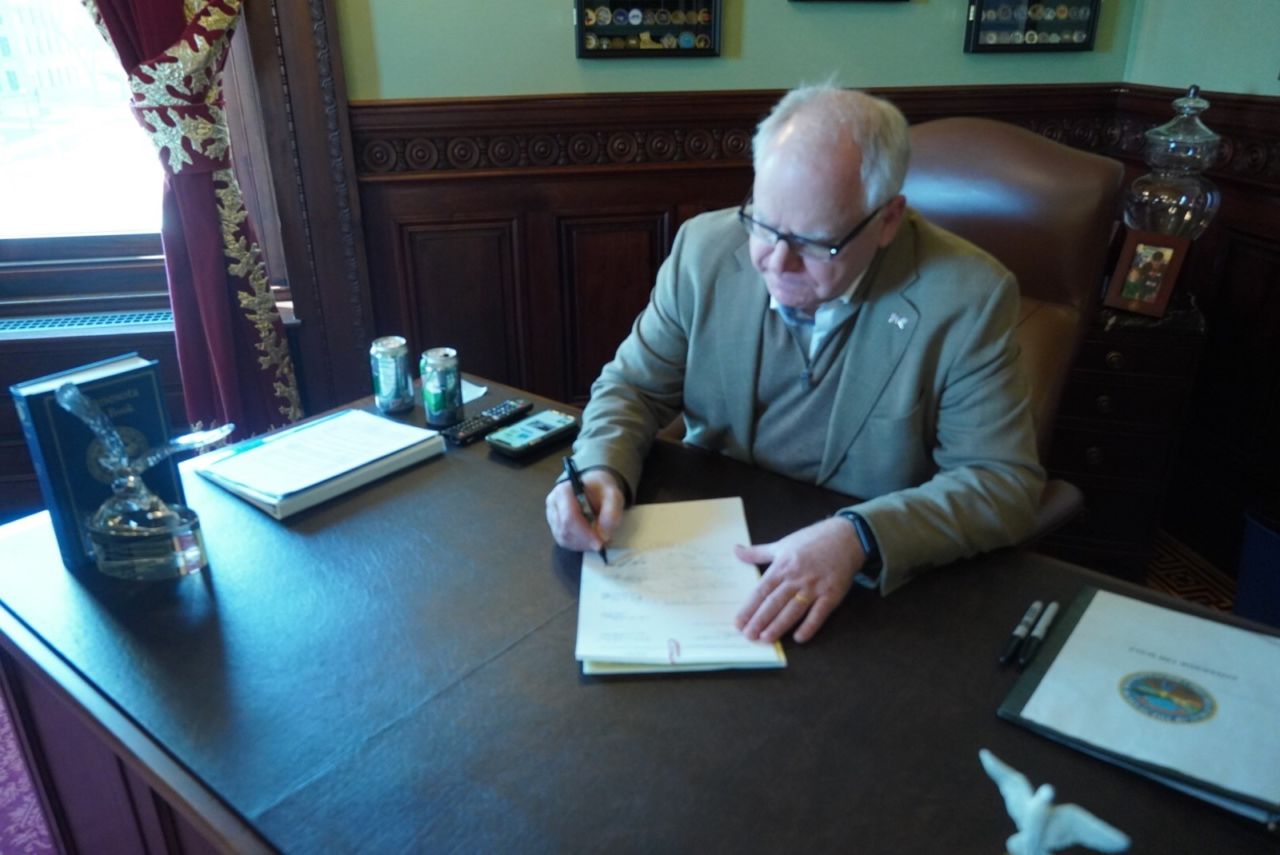 Arguing between parties had become the norm around the country.

While a virus is splitting everybody apart, it’s also bringing lawmakers together — sort of. With the COVID-19 outbreak looming, some of that bickering between parties has dwindled, as lawmakers realize a lot of people out there will need the government’s help — and quickly.

“We’ve been working together in a bipartisan matter,” Minnesota Senate President Jeremy Miller said. “That’s been my philosophy all along. Now we’re seeing it throughout the state, throughout the country.

“People are really throwing the politics to the side and trying to work together to resolve this the best we can.”

Much like Wisconsin, the government is going to have to figure out how to save, not just small businesses that are closed or completely changing their business models, but the workers who have been laid off or had their hours drastically reduced.

Miller said Minnesota’s Department of Employment and Economic Development (DEED) had about 2,500 seeking unemployment benefits at this time last year. As of Tuesday, that number was 50,000-60,000.

Minnesota Gov. Tim Walz already signed around $21 million in funding for the Department of Health and, in a legislative session Miller said ended about 3 a.m. Tuesday, $200 million more was approved for health care providers.

It wasn’t but a few weeks ago, those same Democrats and Republicans in Minnesota were arguing about what to do with a huge projected budget surplus.

Some Democrats wanted to use it to bolster public education. Other Republicans said give it back to taxpayers. Turns out, it was all for nothing.

“Long story short, the projected $1.5 billion surplus is pretty much gone, due to the current economic circumstances in the country and in the state right now,” said Miller, who represents Minnesota’s 28th district, which includes Winona, Houston and Fillmore counties. “The good news is that our budget reserve and cash flow accounts in Minnesota are full. I’m confident that we will be able to find ourselves out of this thing, as long as it doesn’t last a super long time. And, who knows? Hopefully, we’re getting it under control.”

Whether it adds to the partisan divide or helps lawmakers get things done, Minnesota is the only state in the country to have a split legislature — much like the federal government. The House is led by Democrats. The Senate is led by Republicans. The only difference, Minnesota’s governor is a Democrat and the feds, of course, have a Republican president in Donald Trump.