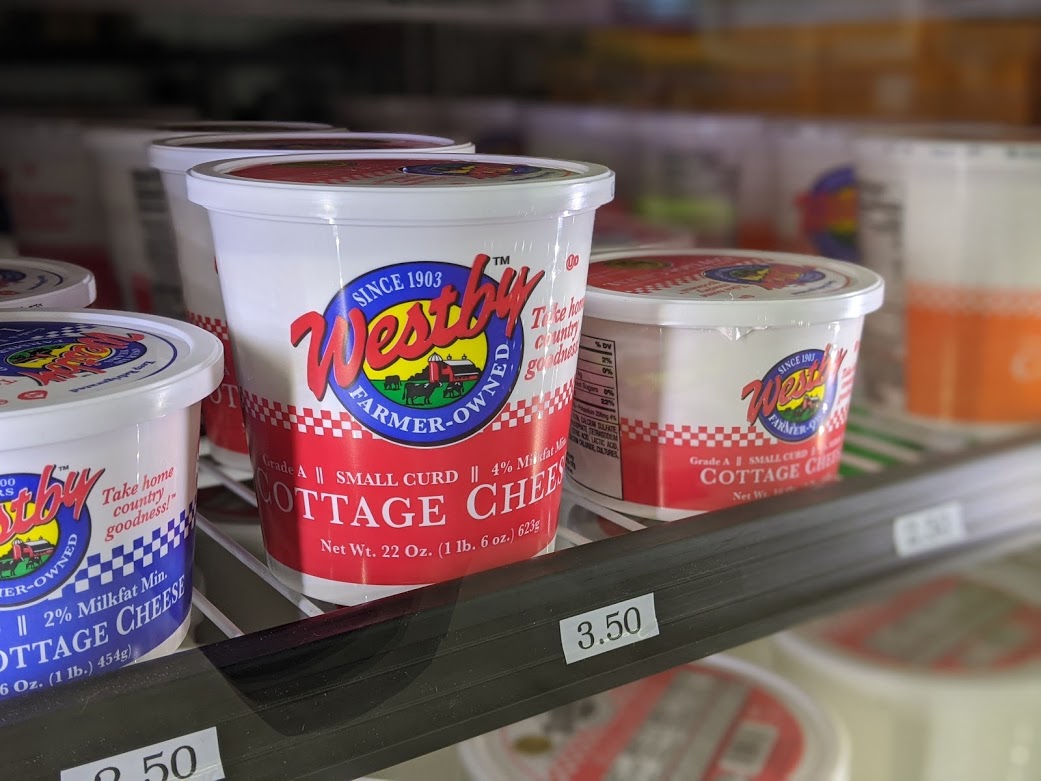 A small cooperative cut its way through a large cheese competition.

Westby Cooperative Creamery took home the gold in the cottage cheese category with its 4 percent small curd variety. Ryan O’Donnell, plant manager, said there were 30 entries in that category.

The creamery previously won a World Cheese Championship title 10 years ago but has stood out at the U.S. Cheese Championship Contest winning the category in the past three competitions. O’Donnell said they work hard to produce a quality product for farmers and consumers.

“Right now, we do make a variety,” O’Donnell said. “We’re a small co-op, so we’re able to make different small batch sizes. That’s what the consumers looking for is something niche. The 4 percent is what consumers want right now. It’s a healthy fat product. There’s not much flavor in the low fat.”

Westby Cooperative Creamery serves nearly 180 patrons with about 70 percent being organic. Recognizing their farmers have faced years of poor prices and bad weather, O’Donnell said they were proud to have a positive story to share.

“It’s always our goal to make the farmers happy, and any bit of good news is great news for our patrons,” O’Donnell said.

The Westby label can be found in Wisconsin, Minnesota, Iowa, and Illinois. While most stores in Wisconsin carry their conventional line of products, O’Donnell said they are working to grow their organic line. In September, the creamery opened a new cheese store in Westby.

“That’s really allowed us to grow more a lot of variety available there as well as we work with other distributors to get other products in there,” O’Donnell said.

Running 24 hours a day, seven days a week, Westby Cooperative Creamery employs 140 people in the local area. Cottage cheese represents half of its production and takes 18 hours to go from fresh milk to a finished product. They produce nearly 1,000,000 pounds of cottage cheese monthly.

“It’s very labor-intensive and time-consuming, but to get the good products that we want it takes time,” O’Donnell said.

Putting their name on the international map, O’Donnell said the recognition from competitions such as the World Cheese Championship holds incredible value.

“Like I said, we won the U.S. Championship Cheese Contest three championships in a row, so people in the United States know us, but winning the World Cheese Championship, more people hear of Westby,” O’Donnell said. “When customers are looking for someone to produce their product, we oftentimes hear from them.”

In addition to their own label, Westby Cooperative Creamery also co-packs other brands.

O’Donnell said their goal is to continue getting the Westby name out to the public and keep growing.