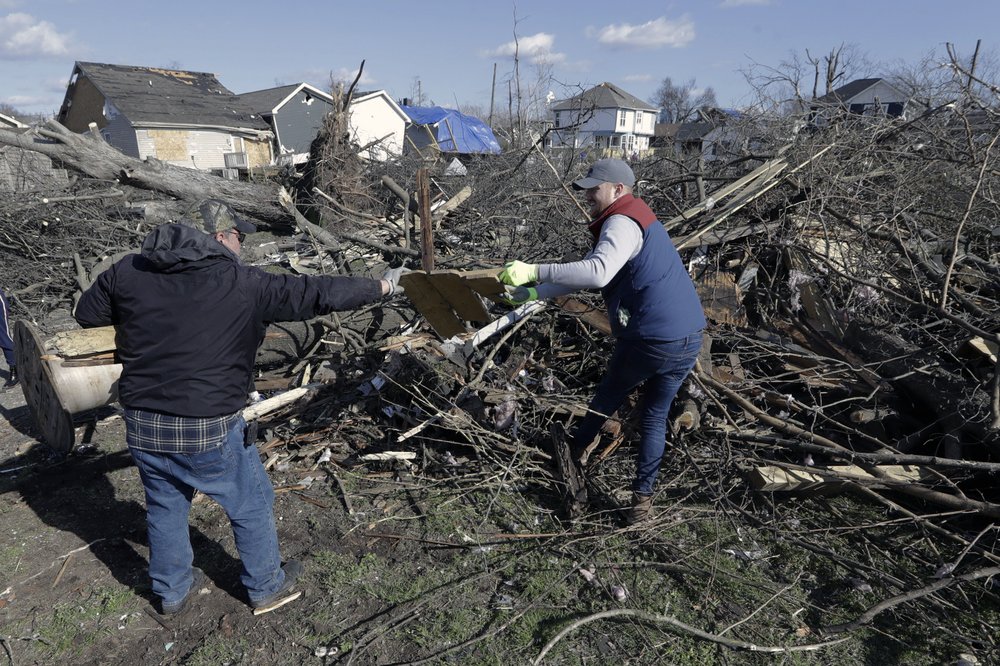 Before that twister touched down, a tornado reached EF-3 strength, hitting peak winds of 165 mph (265 kph) and carving a 60-mile (95-kilometer) path across Nashville and Wilson counties.

Tornadoes also were confirmed in other parts of the state.