Anti-Trump rally goes on in La Crosse, after cancellation of Pence event 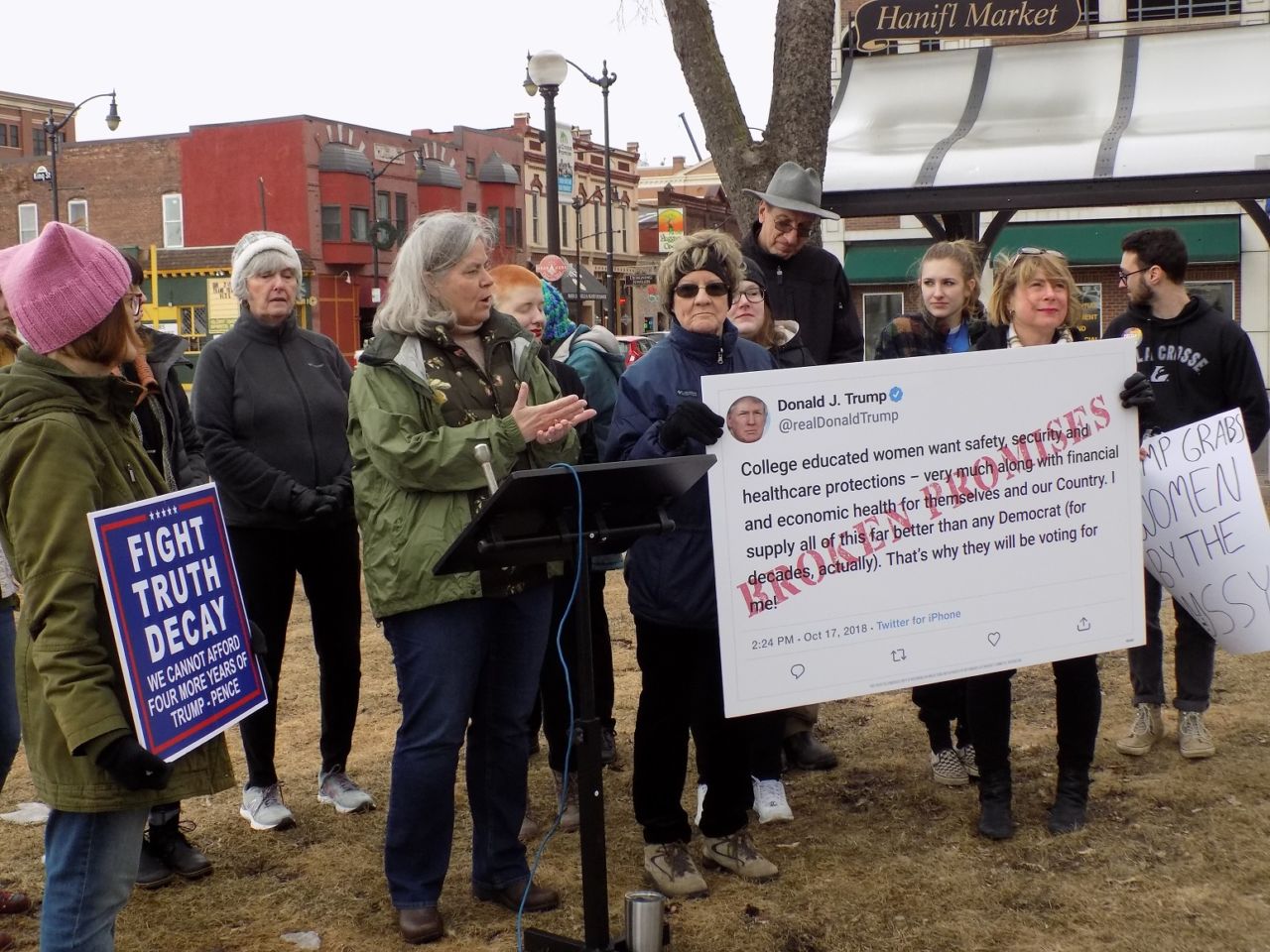 The concern over the coronavirus led Pence to make a trip to Washington state for health care planning, instead of speaking at a Trump campaign event in Onalaska.

Fifteen to 20 people gathered at Cameron Park to protest Trump administration actions which they say have been hurtful to women, the LGBT community, and people with certain medical conditions.

La Crosse County Board chair Tara Johnson jokingly told the rally that Pence “ditched” the La Crosse area, because the planned Onalaska event was cancelled when he was unable to attend.

The Cameron Park demonstration was meant as a protest of Pence’s planned appearance at a “Women for Trump” event in Onalaska’s Stoney Creek Inn.

The vice president’s wife, Karen Pence, was still scheduled to attend a Trump campaign event in St. Paul this evening.