Trump attacks Sessions ahead of primary runoff for US Senate 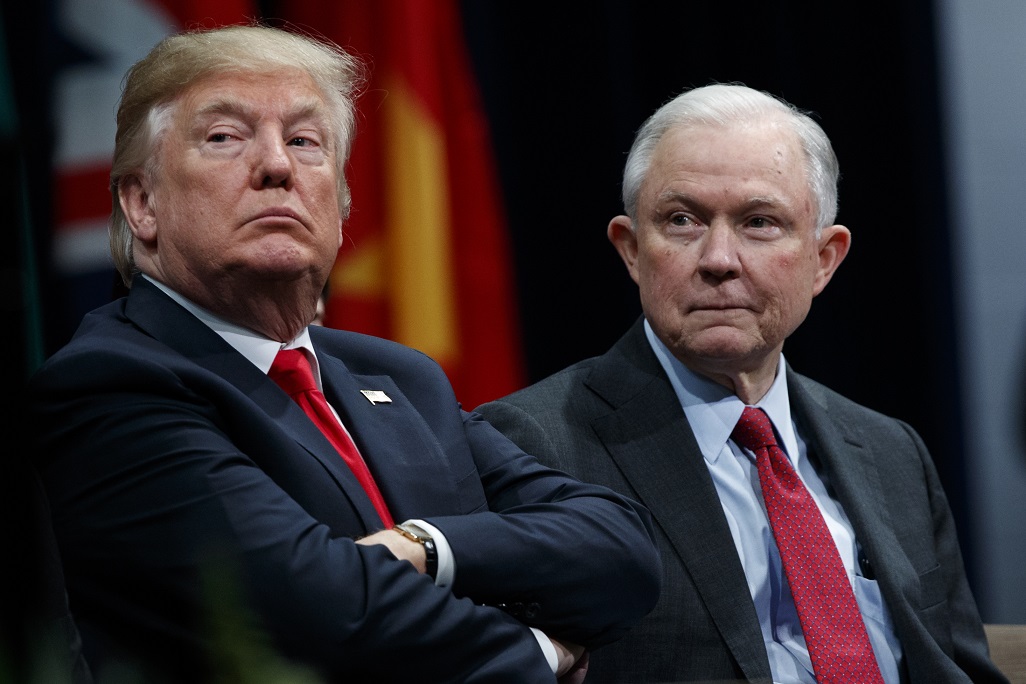 MOBILE, Ala. (AP) — Jeff Sessions, making new strides to regain his former Senate seat, faced renewed criticism from Donald Trump that could be his biggest hurdle after the president appeared to mock his former attorney general for being forced into a primary runoff.

Trump broke his silence on Sessions’ race in Alabama, again lashing out at his former ally over his 2017 recusal from the Russia investigation. The newest Twitter scolding by Trump could further damage Sessions’ hopes of mounting a political resurrection in the state where he had long been a conservative icon.

Sessions fell short of winning the GOP nomination outright Tuesday and will face former college football coach Tommy Tuberville in a Republican runoff. The winner of the March 31 runoff will face incumbent Democratic Sen. Doug Jones as Republicans try to reclaim the Senate seat in the once reliably red state.

Sessions relinquished the Senate seat he held for 20 years when he was appointed Trump’s attorney general, a position he was forced to resign after his recusal from the Russia inquiry sparked blistering criticism from Trump.

The president weighed in Wednesday morning, just hours after the Republican primary in Alabama was called.

“This is what happens to someone who loyally gets appointed Attorney General of the United States & then doesn’t have the wisdom or courage to stare down & end the phony Russia Witch Hunt. Recuses himself on FIRST DAY in office, and the Mueller Scam begins!” Trump wrote in a tweet.

Sessions did not recuse on his first day in office, but did so in March of 2017 after consulting with senior Justice Department officials. Sessions has said since he was part of Trump’s 2016 campaign that he was required by Department of Justice regulation to recuse himself from the probe into whether there was campaign collusion with Russia.

Sessions, 73, had maintained loyalty to Trump throughout the race and again in his speech Tuesday night after making the runoff. He noted that he was the first U.S senator to endorse Trump in 2016 and argued he would be most effective in advancing Trump’s agenda.

“Anyone can say they are for the Trump agenda, but talk is cheap, but I have fought on the great issues of our day and won,” Sessions told a cheering crowd in his hometown of Mobile Tuesday night.

“We have this opportunity to turn the Trump agenda into reality, and I am the man for that job,” Sessions said.

In Alabama, Sessions in many ways was Trump before Trump on some policies issues, embracing hard line stances on immigration and trade. Sessions was the first U.S. senator to endorse Trump, donning a Make America Great Again hat at an Alabama rally. But in a political twist of irony, his public falling out with Trump threatens his hope of recapturing his former seat.

But Tuberville, boosted by name recognition from years as a football coach at Auburn University, positioned himself as a political outsider and tried to capitalize on Trump’s past criticisms of Sessions.

Tuberville’s campaign quickly began promoting Trump’s latest comments on social media. “Mr. President, I could not agree more and in 27 days help will be on the way,” Tuberville wrote in a tweeted response to Trump.

“Only one candidate in this race will support Donald Trump down the line. Doug won’t. Jeff didn’t. But Tommy will,” Tuberville, 65, told applauding supporters at his election night watch party.

“The President is the most popular politician in Alabama so I think it has an impact,” Armistead said. “I don’t think that’s a positive thing for Jeff Sessions.”

Meanwhile, it was unclear whether Trump’s Twitter-lashing was a singular event or would become a regular occurrence.

“You can like Trump and you can like Sessions and they are not mutually exclusive, but if he really pounds away I think it could be effective,” said Natalie Davis, a political analyst and retired political science professor at Birmingham-Southern College.

“I’m sure Sessions regrets the day he put the MAGA hat on,” Davis said.

The runoff winner will likely be a strong challenger to Jones, who defeated a scandal-plagued former Alabama Chief Justice Roy Moore in December 2017 to become Alabama’s first Democratic senator in a quarter-century. Jones is the only Democrat in a statewide office in the GOP-controlled state.

The primary had been a slugfest and Sessions and Tuberville shows no signs of letting up.

Sessions referred to Tuberville, who until last year was registered to vote in Florida, as a “tourist from Florida.” The former senator also asked where Tuberville was at the time Session was helping Trump get elected.

“Where was he when Donald Trump needed him?” Sessions said.

Tuberville said Tuesday night that: “We are going to finish what President Trump started when he looked at Jeff Sessions from across the table and said ‘You’re fired.’”