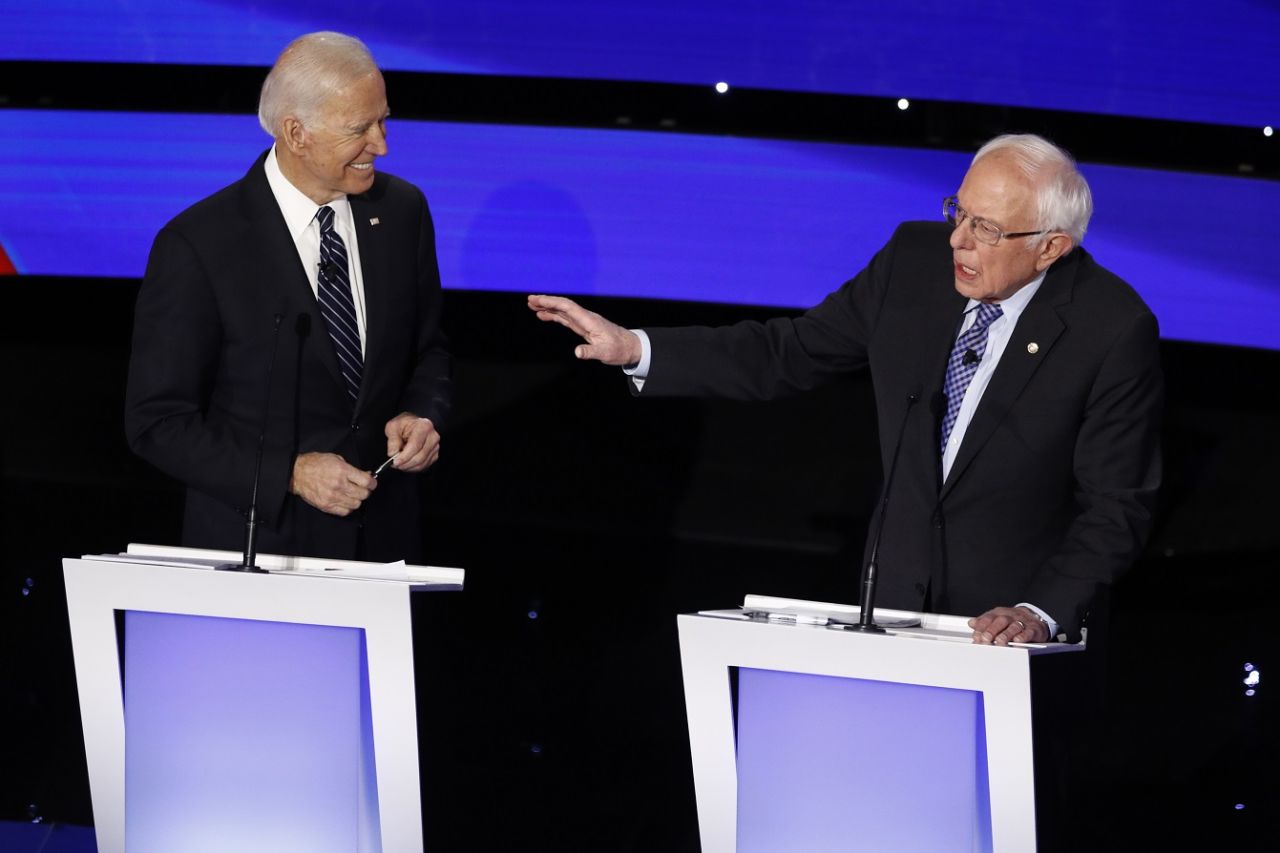 MINNEAPOLIS (AP) — Joe Biden defeated Bernie Sanders in the Super Tuesday primary in Minnesota, where Amy Klobuchar’s abrupt withdrawal from the presidential race gave the former vice president a boost despite his nearly nonexistent campaign in the state.

Sanders, who easily won Minnesota’s caucuses in 2016, had been hoping to capitalize on his status as front-runner coming into the night, taking advantage of his large and motivated progressive base in the state. Elizabeth Warren and Mike Bloomberg were a distant third and fourth.

Klobuchar’s decision to throw her support to Biden forced her supporters to make a quick second choice, and Biden was the clear beneficiary of an effort by moderates to unify behind him. Retiree Susan Beaubaire, 69, said after voting in the Minneapolis suburb of Edina that she had planned to vote for Klobuchar before she dropped out, and that her top priority was ousting President Donald Trump.

“I voted for Biden because I feel that he has the best chance of potentially beating Trump. … He represents, of the people left, a more moderate view,” Beaubaire said. “And I think the country just needs somebody who’s going to calm things down.”

Sanders made a bid for Klobuchar’s and Pete Buttigieg’s supporters in a Monday night rally in St. Paul, noting big policy differences but a shared desire to evict Trump from the White House.

But change in Washington doesn’t look the same to everyone, based on preliminary results from AP VoteCast, a survey of 1,300 voters, conducted for The Associated Press by NORC at the University of Chicago.

About 6 in 10 Minnesota voters said they preferred a candidate who will pursue practical, centrist policies to one pursuing bold liberal policies. Having “the right experience,” being willing to work across the aisle and having the best policy ideas were considered very significant by a similar ratio. Nearly 9 in 10 said it was very important to pick a nominee who could beat Trump.

Biden entered Super Tuesday with momentum from winning South Carolina on Saturday, but his campaign put few resources into Minnesota as it focused on earlier-voting states and bigger prizes. He competed in the moderate lane with Bloomberg, who had little to show for weeks of spending heavily on TV and social media ads in the state. Warren provided a progressive alternative.

Many Minnesota voters also had no chance to shift their vote. Almost 84,000 Democrats cast early ballots in the primary — thousands of them for Klobuchar — and her exit came too late for them to be clawed back.

Minnesota had 75 national convention delegates up for grabs.

In the northwestern Minnesota city of Moorhead, 36-year-old librarian Al Bernardo said he voted for Sanders and never even considered his home-state senator.

“I think Bernie is the only candidate who can beat Trump,” he said. “He’s running on a platform that will do the most to help the most people in the country. I think the way he is organizing his campaign represents a new movement in the Democratic Party that has been lacking in recent years.”

Adam Pankow, 39, a member of the Fargo-Moorhead Community Theatre, had planned on voting for Klobuchar, but took her advice and voted for Biden. He said he saw Biden as “a great choice to ultimately beat Trump.”

It was Minnesota’s first presidential primary since 1992, and the first that’s binding on both parties since 1956. The state ditched a caucus system after 2016 saw long lines and chaotic gatherings in some places, but the primary rules have raised privacy concerns that may dampen turnout. Voters’ names and party preferences must be reported to the state’s major parties.

Trump had the Minnesota GOP primary ballot to himself after party leaders decided not to list any Republican challengers, though write-in votes were allowed.