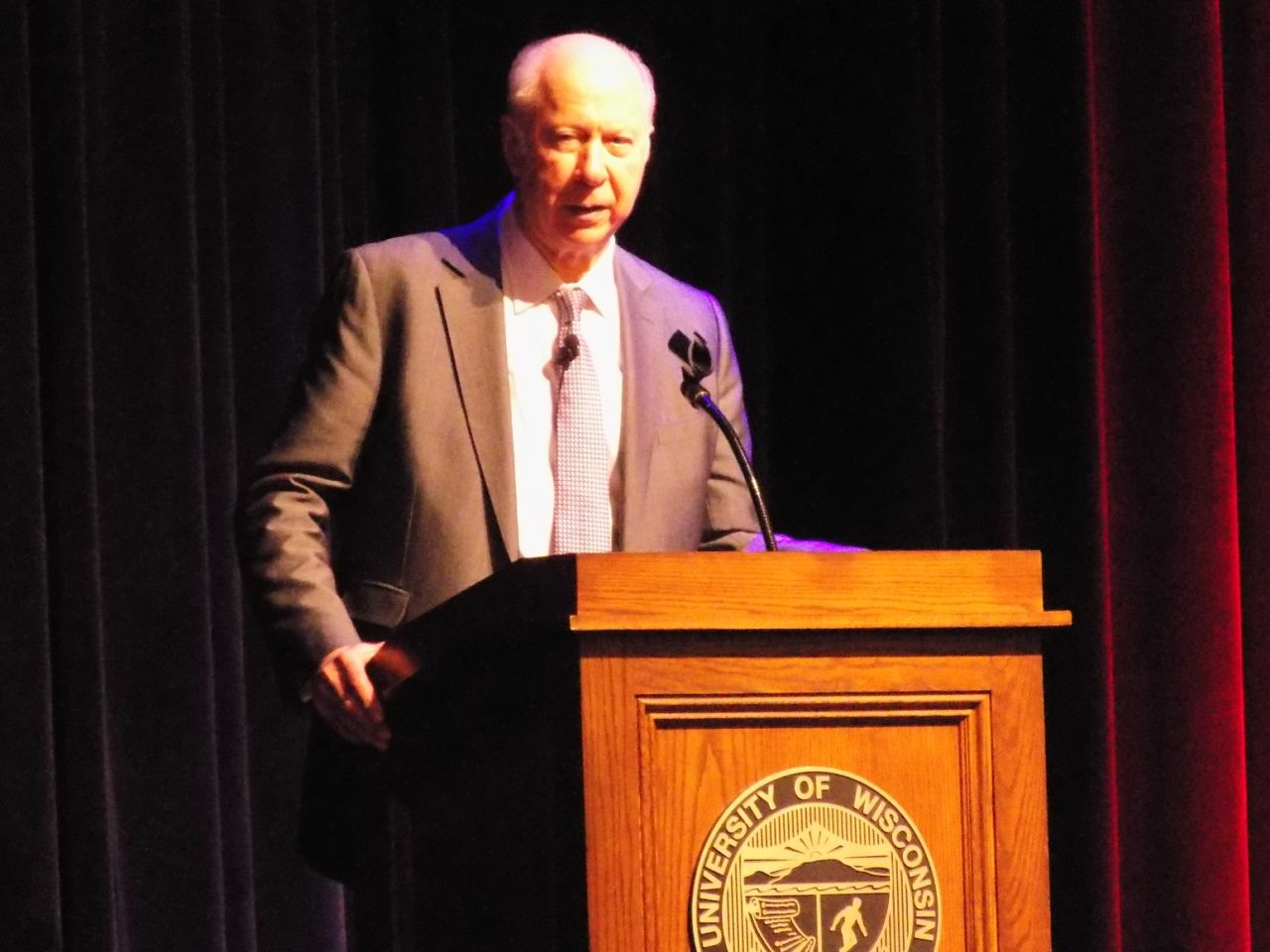 You often hear political pundits talk about ‘if the election were held today.’

A popular CNN political analyst had such a prediction in La Crosse last night.

Gergen says ideas of socialism proposed by Bernie Sanders could hurt Democrats in the campaign.

And he realizes that Wisconsin has had some experience supporting socialism, joking that Milwaukee’s past support of socialist candidates might have had something to do with the Democrats holding their convention there this summer.

Gergen also says he’d like to see Joe Biden promise that he would serve just one term if he’s elected, and to bring in a diverse team to help run the country.

Gergen says the next four years in America are “going to be rough,” no matter who wins the presidential race, but he also thinks the country is “going to get better.”

Gergen lamented the change in politics, compared to the old days when Republican President Ronald Reagan could get along with Democratic House Speaker Tip O’Neill.

He says it’s “healthy” for people to disagree with each other, but they need to be able to work together.