2022 midterms: What to watch in Iowa primary and six other states 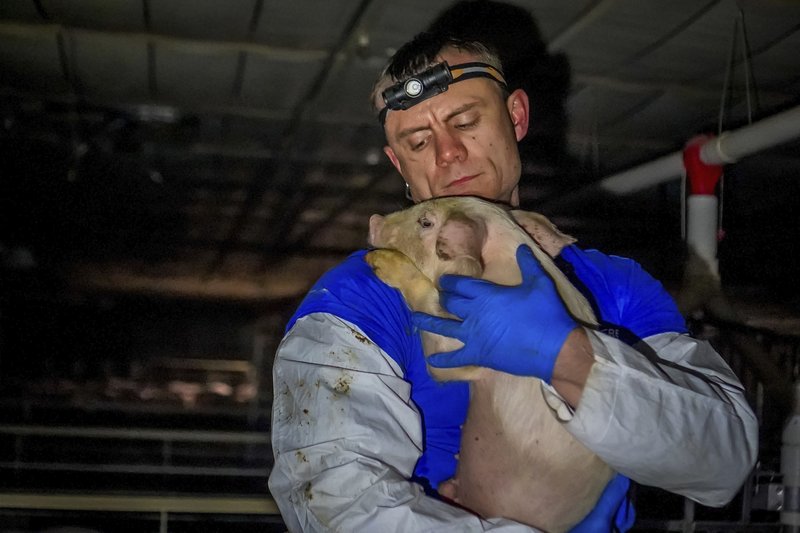 “The investigation did not indicate there was any abuse,” Mahaska County Sheriff Russell Van Renterghem told the Des Moines Register.

Chelsea Hamilton, an Iowa Department of Agriculture veterinarian, inspected the facility last month and said she found no grounds to support livestock neglect.

Hamilton said in a report to the sheriff that because Direct Action Everywhere delayed reporting its complaint, “the allegations in the pictures and videos could not be adequately assessed.”

The group said in January it delayed publicizing images so it couldn’t be accused of contaminating the barn and hurting animals, as farmers have claimed after past investigations.

Rozenboom said he decided in late December to lease the hog building to a different farmer. He has said veterinary records show that the herd was being treated for a respiratory infection that contributed to the problems Direct Action Everywhere documented. He also said he believed that Direct Action Everywhere staged photos to make the facility look overcrowded.

The animal welfare group’s spokesman, Matt Johnson, said he believes the group’s “photos and videos speak for themselves.”

Rozenboom, who has been a state senator since January 2013, supported a law passed last year that heightens the penalty to a year in jail for using deception to gain access to a farm to conduct an undercover investigation. The law also allows for a conspiracy charge that carries a similar penalty.

It was approved in March, just weeks after a federal judge struck down an earlier law targeted at stopping undercover investigations. Similar so-called ag gag laws also have been struck down in Idaho and Utah. A federal judge in December halted the enforcement of Iowa’s new law until the court can determine its legality.