Another 2 to 5 inches of snow possible in La Crosse 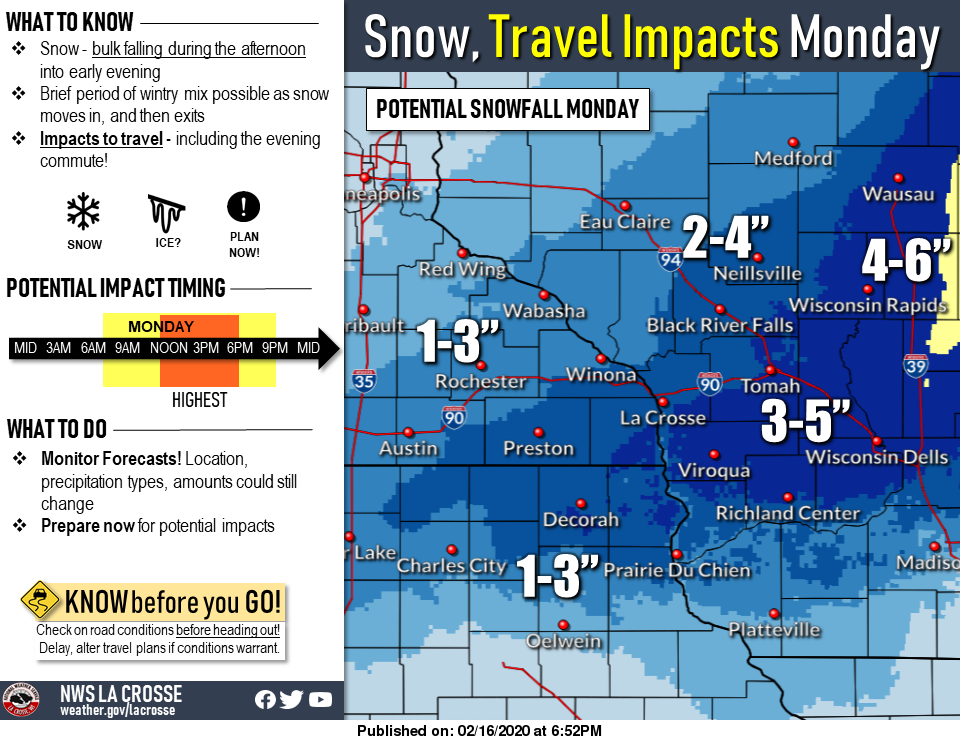 Another blast of snow is expected in the region Monday. La Crosse might get 2-5 inches before the snow ends.

The heaviest snowfall could be to the east of La Crosse. The most likely time for the snow in La Crosse may be late afternoon, now.

The National Weather Service says La Crosse has lost only about 2 inches of snow cover since the major storm of a week ago, putting local snow cover at 9 inches.

During this week, a year ago, La Crosse received about 10 inches of snow, out of the 31 inches total for all of February.