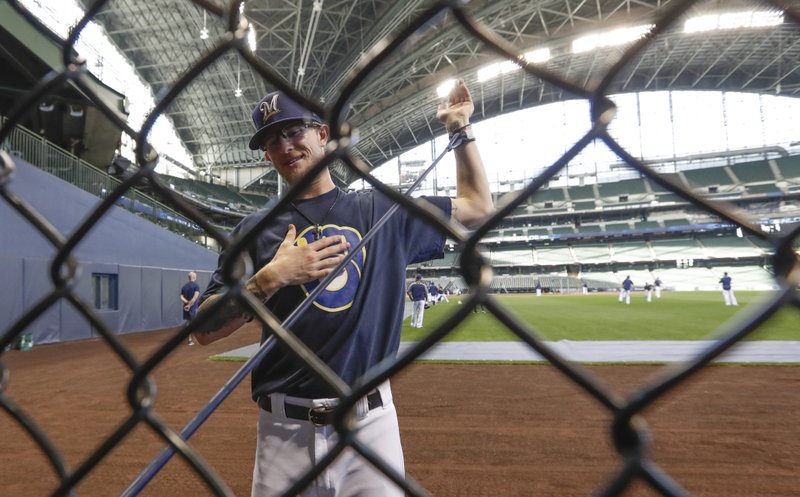 Hader will earn $4.1 million rather than his $6.4 million request, a decision that dropped players to 1-6 in hearings this year. Arbitrators Mark Burstein, Dan Brent and Frederic Horowitz made the decision, a day after hearing arguments.

“We’re in a unique position, the way we’re used as relievers nowadays,” Hader said. “I think the system’s just outdated on how we’re used. We’re mostly being used for lineups, not innings.”

While teams used to have set roles for pitchers in the seventh, eighth and ninth innings, computer algorithms now determine which matchups in the batting order are best for which pitcher.

“We’re going to a new part where guys are pitching in situations that could come in the fourth inning and you’re facing the middle of the lineup to get maybe out of a jam,” Hader said.

Hader made his big league debut in June 2017 and was used in 2018 as multi-inning reliever who often bridged the gap between the starter and hard-throwing right-handers Jeremy Jeffress and Corey Knebel.

When Knebel sustained an elbow injury that required Tommy John surgery last year and Jeffress battled ineffectiveness and injury, the shaggy-haired left-hander moved into the closer’s role and converted 37 of 44 save opportunities while going 3-5 with a 2.62 ERA. He earned his second straight All-Star selection.

He failed to hold a 3-1 lead in the eighth inning of the NL wild-card game, loading the bases by hitting one batter, walking another and allowing a bloop single, then giving up a two-out, bases-loaded single to Washington’s Juan Soto that scored three runs. The Nationals won 4-3 and went on to their first World Series title.

After making $687,600 last year when his contract was renewed, Hader just made the arbitration eligibility cutoff with 2 years, 115 days of major league service.

General manager David Stearns detected “no hard feelings” in a conversation with Hader ahead of the decision.

“Josh said he wants to help us win a World Series,” Stearns said.

Dodgers reliever Pedro Báez has been the lone player to win.

First baseman Jesús Aguilar and Miami went to a hearing Friday just $250,000 apart. Eligible for arbitration for the first time, Aguilar asked for a raise from $637,500 to $2,575,000 and the Marlins argued for $2,325,000. A decision from arbitrators Jeanne Charles, Steven Wolf and Edna Francis is expected Saturday.

Aguilar hit .236 with 12 homers and 50 RBIs in 131 games last season for Milwaukee and Tampa Bay, which acquired him on July 31 for pitcher Jake Faria. He was claimed off waivers on Dec. 2.