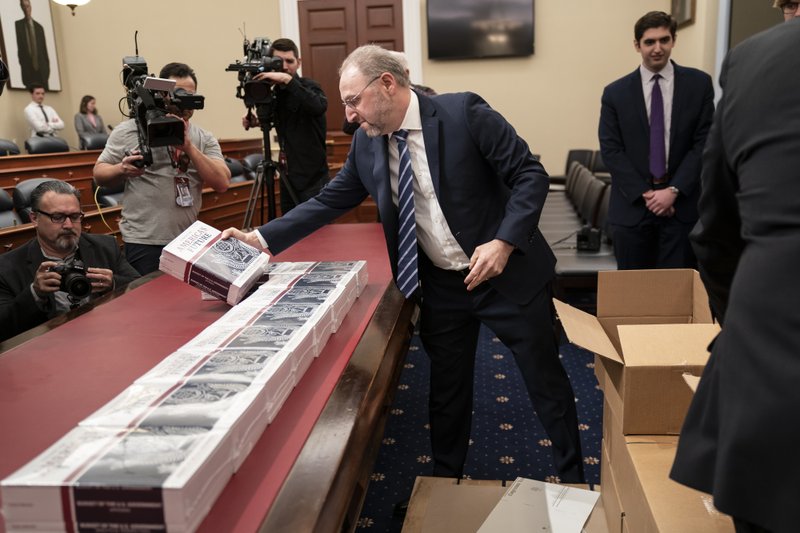 That 10-year number represents hypothetical savings that would be used for a health care plan Trump has been promising since he was a candidate. His election-year budget released Monday repeats the pledge, but details again remain elusive.

The budget comes against the backdrop of a presidential contest in which health care consistently polls as a top issue for voters. Despite the strong economy, the number of uninsured people has edged up under Trump, and his eventual Democratic opponent is likely to have a plan to put the nation on a path to coverage for all. Meanwhile, the White House is supporting a lawsuit to overturn the Obama-era Affordable Care Act, jeopardizing coverage for some 20 million people, as well as protections for those with pre-existing medical conditions.

The $844 billion savings number “is a place-holder for their health care agenda,” said Marc Goldwein, senior policy director for the nonpartisan Committee for a Responsible Federal Budget. “They are assuming a whole lot of savings without specifics at this point.” His organization advocates for reducing trillion-dollar government deficits.

White House budget documents give little detail about Trump’s long-awaited health care plan while pointing to Medicaid as the target for cuts. The budget doesn’t even refer to a “plan.”

At a White House event with governors Monday, Trump repeated his promise to protect people with pre-existing conditions. Before “Obamacare,” such a patient could be denied an individual policy or charged more.

“We are always going to make sure that that’s taken care of … the pre-existing condition situation,” he said. “It’s a part of our society right now and nobody is going to change it.”

But the budget doesn’t specify how, and that’s important because taking care of people in poor health involves subsidizing higher costs for their coverage. “Pre-existing conditions is literally just a sentence — there is no policy behind it,” said Aviva Aron-Dine, a health policy expert with the Center on Budget and Policy Priorities, which advocates for the poor.

The budget does telegraph that the administration is taking aim at Medicaid. The $600 billion federal-state program covers more than 70 million low-income people, ranging from newborns to elderly nursing home residents.

A passage in a dense tome called “Analytical Perspectives” accompanying the budget calls for “ending the financial bias that currently favors able-bodied working-age adults over the truly vulnerable” in Medicaid. Translation: Repeal “Obamacare’s” generous federal matching for states that expand their programs to cover low-income adults.

A senior administration official briefing reporters on the budget said it would allow states that want more flexibility in Medicaid to accept their federal share as a lump sum. For states staying with traditional Medicaid, the program would grow by 3% on average instead of 5%. Such limits, rejected by Congress in the past, lead to program cuts that compound over time.

Democrats were quick to denounce the health care proposals, which have no chance of passing the House.

“Overall, this is clearly a budget that would lead many millions of people to lose coverage,” said Aron-Dine.