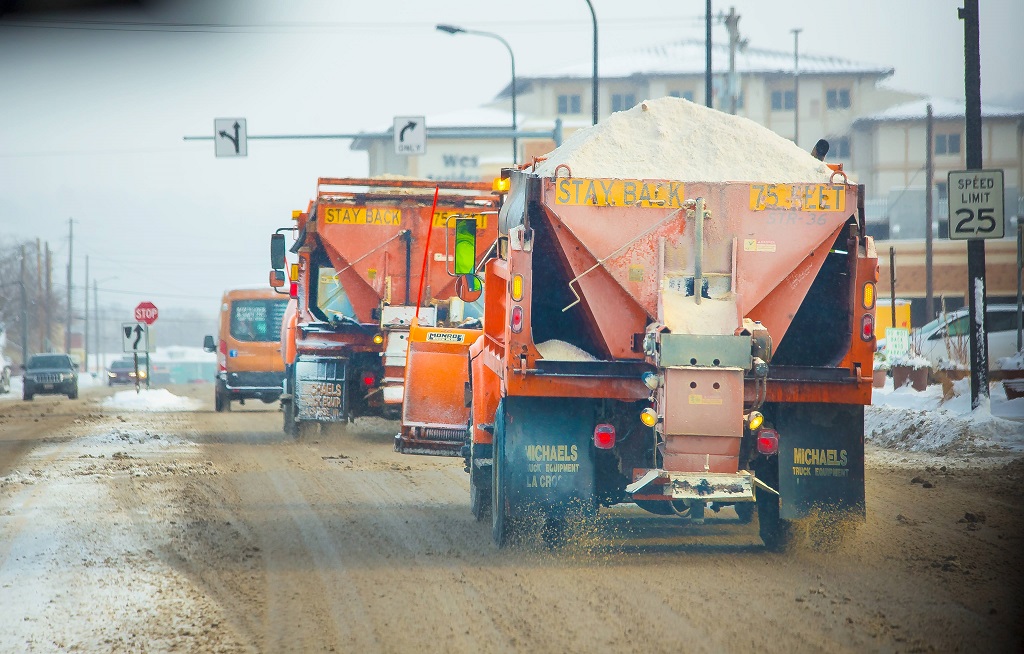 It’s not easy to get up to 10 inches of snow off the city streets.

La Crosse street crews will be out for at least a couple of nights, working to clear streets and sidewalks after the big snowfall from the weekend.

Mayor Tim Kabat in the WIZM studio Monday evening, said much of the shoveling will involve the downtown sidewalks and boulevards.

“Our crews will spend the next couple of nights actually removing the snow off of the boulevards, and then hauling that away so that people have less ‘Olympics hurdling’ that they need to do,” Kabat said.

The mayor said plows were on the streets by 8 a.m. and spent much of Sunday clearing major roads.

Kabat also spoke on WIZM about the criticism of plans for access to a new trail in the bluffs.

Kabat concedes that people living near Grandad Bluff should have been told more about plans for providing access to the bluffs.

Many of those homeowners say they were left out of the loop, as plans were being developed for a trail known as Grandma’s Gateway.

Kabat said some information was passed along, and city leaders met with neighborhood groups, “but we did not do a direct mailing until January, so that’s where we did make a mistake and we should have done a better job with outreach.”

People living on 29th Street worry that letting trail users get to the bluffs near their homes could lead to traffic problems, and increased erosion of the hillsides.