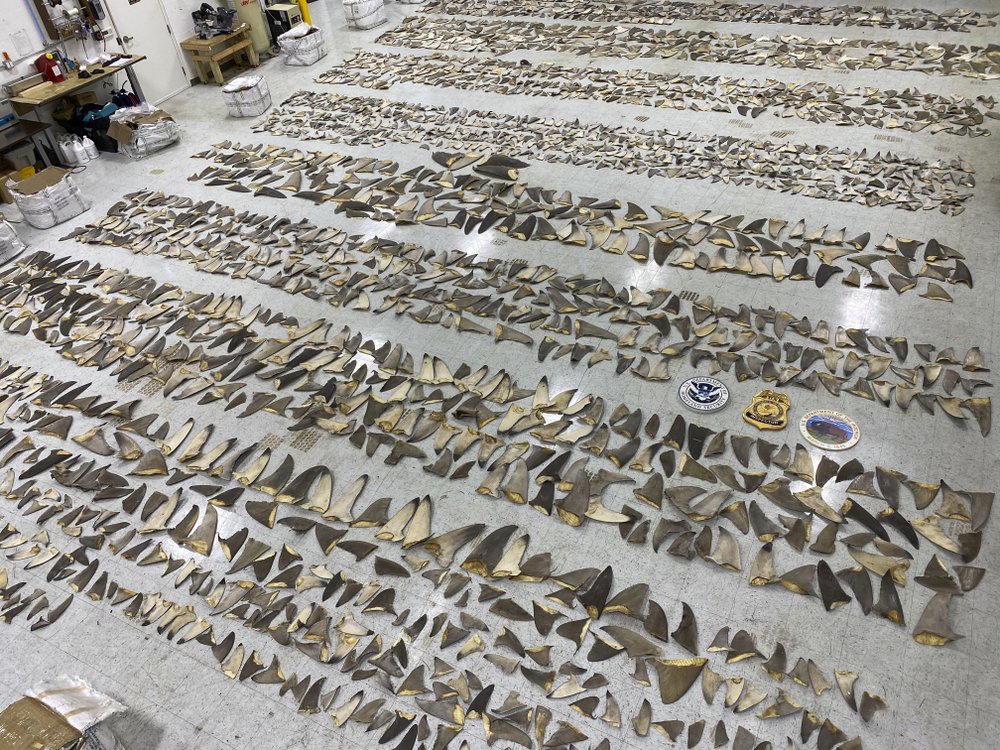 TALLAHASSEE, Fla. (AP) — While Florida gains notoriety as the epicenter of the shark trade in the United States, state lawmakers there advanced legislation Monday that would ban the possession of shark fins.

The Senate Environment and Natural Resources Committee endorsed that proposal, as well as another bill that would stiffen penalties against hunters who kill black bears.

Spurred by advocates, the committee voted to join other states in outlawing the sale and possession of shark fins, a prized delicacy in some cultures, and a lucrative one.

“A state that is now the hub of the fin trade needs to take a stand on the issue. If you don’t stop the trade of the shark fins, it’s hard to stop the decimation of the shark population,” said Stefanie Brendl, the founder and executive director of Shark Allies. She is among those pushing Florida lawmakers to act.

Earlier Monday, U.S. wildlife officials highlighted Florida’s role in the trade, announcing the seizure in Miami of 18 boxes containing 1,400 pounds (635 kilograms) of shark fins. Authorities say the confiscated fins, possibly harvested off the coast of South America, had a value of up to $1 million and might have been headed to Asia.

Fishermen harvest tens of millions of sharks each year across the globe, hacking off their fins then dumping the creatures — unable to swim without their fins — back into the ocean to drown or bleed to death.

While the practice of finning is already illegal in the United States, most states currently have no prohibitions against possessing and selling shark fins. Advocates are pushing the U.S. Congress to enact a national law banning the shark fin trade. In the absence of such a law, they have been working state-to-state.

A decade ago, Hawaii became the first state to ban the possession and sale of shark fins. Since then, about a dozen other states have enacted similar laws.

The proposal working its way through the Florida Legislature would impose a $4,500 fine on a first-time offender and temporarily restrict fishing privileges for six months. The penalties could rise to as much as $9,500 for a third offense and a permanent revocation of one’s fishing license.

Some fishing groups, including the Organized Fisherman of Florida, oppose the ban because they say it is unnecessary and would hurt fishermen.

“This bill would basically eliminate a legitimate federally regulated, sustainable fishery just to show that we’re willing to send a message to the rest of the world,” said the group’s executive director, Jerry Sansom. He said the U.S. should instead be working on a world-wide model to showcase responsible harvesting of a seafood product, such as sharks, while being environmental stewards.

Last fall, the Natural Resources Defense Council issued a report that raised questions about how U.S. ports may be facilitating “unfettered shark fin shipments,” despite federal laws enacted decades ago that prohibit finning.

California has historically been the leading hub of the illegal trade. But in 2013, that state banned the sale and possession of shark fins, shifting that role to Florida. Already, Miami is the second most frequently used port of transit for shark fins, according to statistics compiled by the environmental group.

Meanwhile, black bears continue to be off limits to Florida hunters. But wildlife advocates say the current law does little to deter poachers from bagging the animal. The black bear population dwindled to the low hundreds back in the 1970s, prompting the animal’s listing as a threatened species.

Since then, the bears have made a come back — with more than 4,000 roaming the state.

The rising numbers in bears — and people — has spawned conflict.

While it remains illegal to hunt bears in the state, the consequences are less severe than those for killing turkey and deer out of season.

Proposals currently before the Legislature would set the minimum fine for bear poaching at $750 — instead of the maximum $500 specified under current law. Hunting licenses could be suspended for three years, as opposed to the current yearlong maximum.