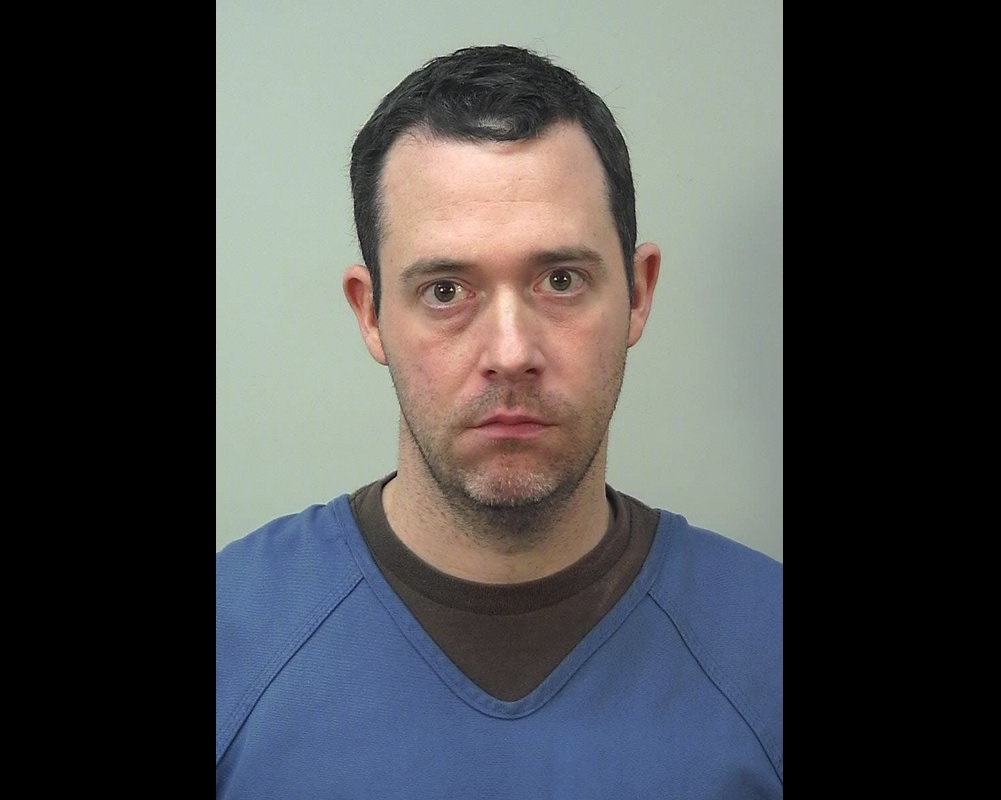 David Kruchten, 37, a Madison East teacher charged in Wisconsin with seven counts of attempting to create child pornography was charged today in Minnesota, where students found cameras in their hotel room in December during a trip he chaperoned. (Dane County Sheriff's Office via AP)

MINNEAPOLIS (AP) — A Wisconsin high school teacher leading a business club trip to Minnesota was accused in a criminal complaint of placing surveillance cameras hidden in air fresheners and a smoke detector in students’ hotel room bathrooms, only to have a student discover one of the devices when she tried to use one of the air fresheners.

David Kruchten, 37, of Cottage Grove, Wisconsin, was charged Wednesday with three felony counts of interfering with the privacy of a minor under 18.

Kruchten was indicted by a federal grand jury last week in Wisconsin, but the Minnesota charges were the first to detail prosecutors’ account of how his alleged scheme worked.

Kruchten is a teacher at Madison East High School and was chaperoning students on a trip to Minneapolis in December, with the group staying at the Hyatt Regency in downtown Minneapolis. The students were all girls between ages 15 and 17.

Minnesota court records do not list a defense attorney who could comment on Kruchten’s behalf. Kruchten’s attorney on the federal charges, Joseph Bugni, declined to comment Wednesday, but earlier said he’ll build a defense around authorities’ failure to recover any images from Kruchten’s devices.

Minneapolis police were called to the hotel on Dec. 8 on an invasion of privacy call and learned that “suspicious surveillance devices” were found in three rooms where “multiple teenagers” were staying for a conference. Officers learned that Kruchten had delivered two air freshener canisters — later determined to contain surveillance cameras — to the front desk. Kruchten lied to hotel staff about where the cameras were found, the complaint said.

The automatic air fresheners and a smoke detector were “oriented to face toward the toilet and shower area. One of the victims noticed an air freshener on her bathroom counter and went to press a button that she believed would activate the spray. When she pressed it, the device opened up to reveal the inner workers of a surveillance camera and other related electronics,” the complaint said.

Kruchten told investigators he had removed some thermostats from walls in the rooms of the students and had given the thermostats and a smoke detector to a security guard, but his description of the guard’s uniform did not match what hotel staff wears, the complaint said.

Police found that the air fresheners had been modified to hold tiny cameras and battery packs. The other devices were never found. Officers searched Kruchten’s cellphone and found he had an account with a company that sold electronic equipment and had purchased surveillance cameras built to look like smoke detectors, air fresheners and thermostats, according to the complaint.

Kruchten was placed on leave in December after the students found the hidden cameras and the investigation was launched. Kruchten has taught in the Madison district since 2008, most recently as a business education and marketing instructor, according to his LinkedIn biography. He was listed as the assistant girls tennis coach on the high school’s website.