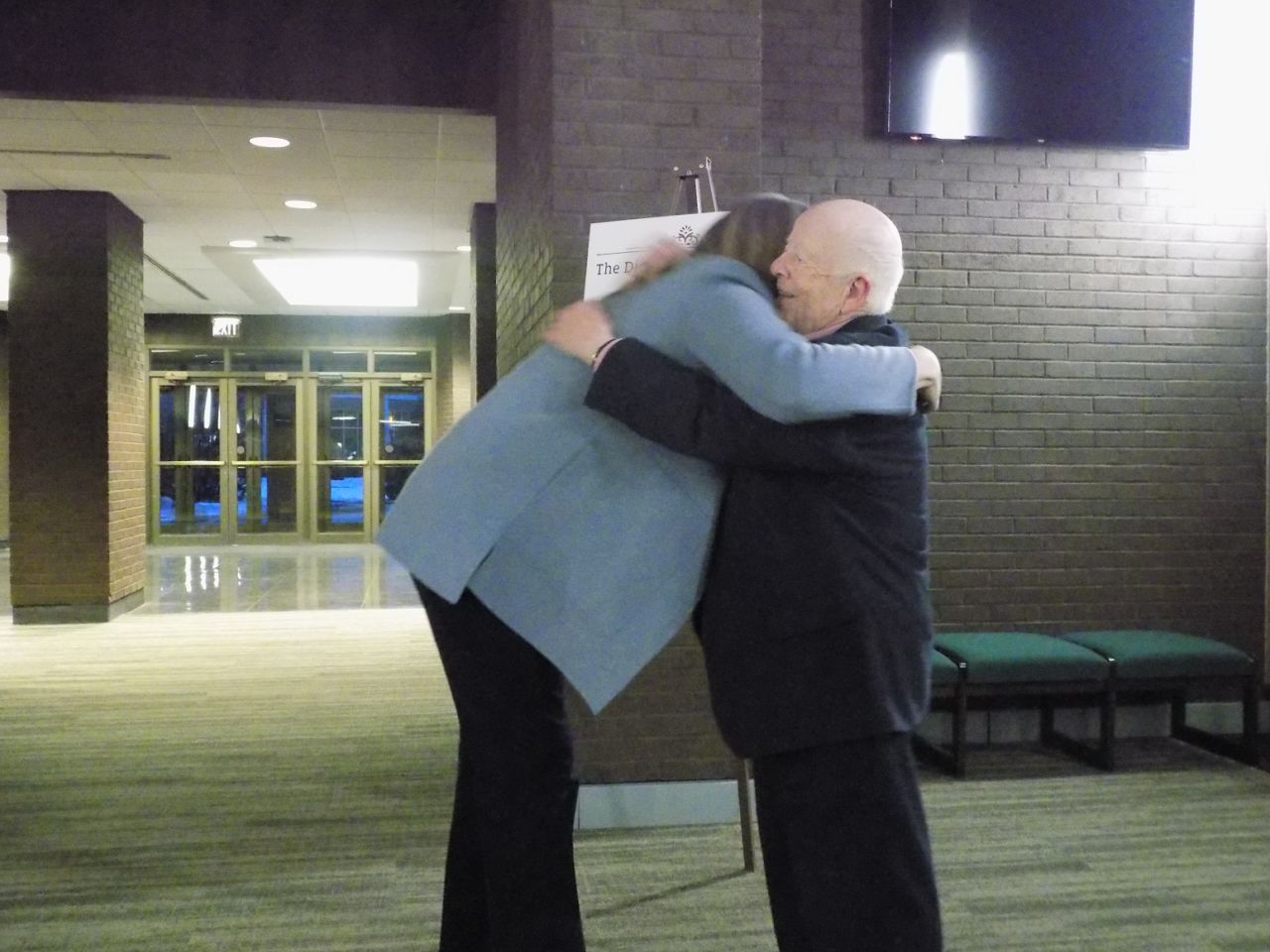 A long-time friend of Viterbo University has been honored by the school, having his name displayed in a very visible place.

That friend is Mid-West Family’s own Dick Record.

Thursday, Viterbo formally dedicated the “Dick Record Entrance” on the west side of the Fine Arts Center.

Dick’s name was put above the door weeks ago. He says he didn’t know the school was going to honor him that way.

“There were other plans for a box office or something,” Record said. “One day I was walking across the street, and I saw it.”

Record said it’s “humbling” to have his name on a door that Viterbo opens for the community.

The former general manager of the Mid-West Family radio stations in La Crosse, including WIZM, has been a volunteer with Viterbo since shortly after moving to La Crosse in 1971.