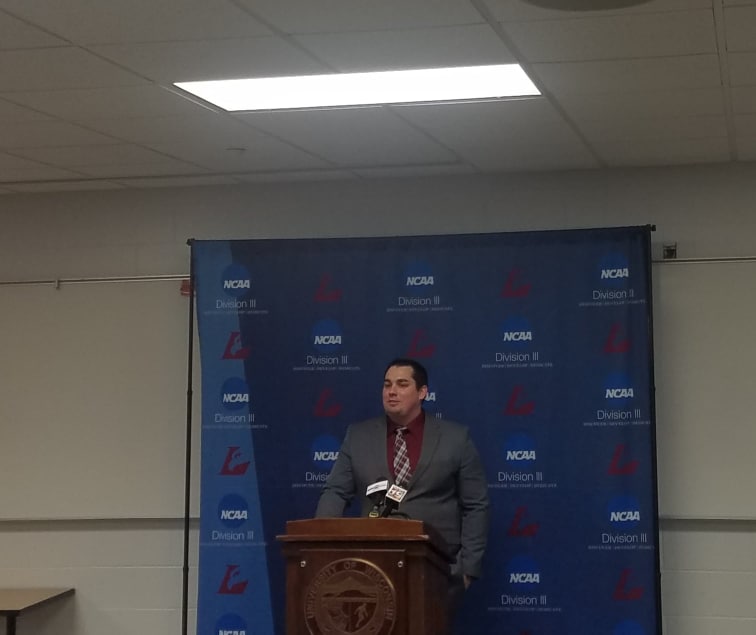 A familiar face will take over as head coach for the University of Wisconsin-La Crosse football team.

Janus has served as interim head coach since November and defensive coordinator the past three seasons.

More than 80 people applied in the nation-wide search.

Janus said it was a stressful few days, simply wondering if his phone would ring.

“The weekend after everything was kind of settled was a little nerve-wracking,” Janus said. “Just sitting around and waiting, and waiting and waiting.

“I probably stared at my phone, and I had nothing on that. It was just nice to tell the team and be able to get the guys settled, so we’re pretty excited about that.”

Janus says his first step is to hire offensive and defensive coordinators, as well as continue with recruiting.

While the team will have some new faces roaming the sidelines next season, Janus says its identity might be similar to what Eagles fans are used to seeing.

“We’re going to get some different opinions, and a different look from people coming in from the outside,” Janus said. “We’ll stay with our 4-3, and our aggressive style on defense, and then on offense, obviously, we want a system that’s going to be a much more of a spread and uptempo with a no-huddle offense.”

UW-La Crosse athletic director Kim Blum said the opinions of the current players carried weight in the decision to hire him, and she read words from them before Janus was introduced.