DNC chair calls for ‘recanvass’ of Iowa results after delays 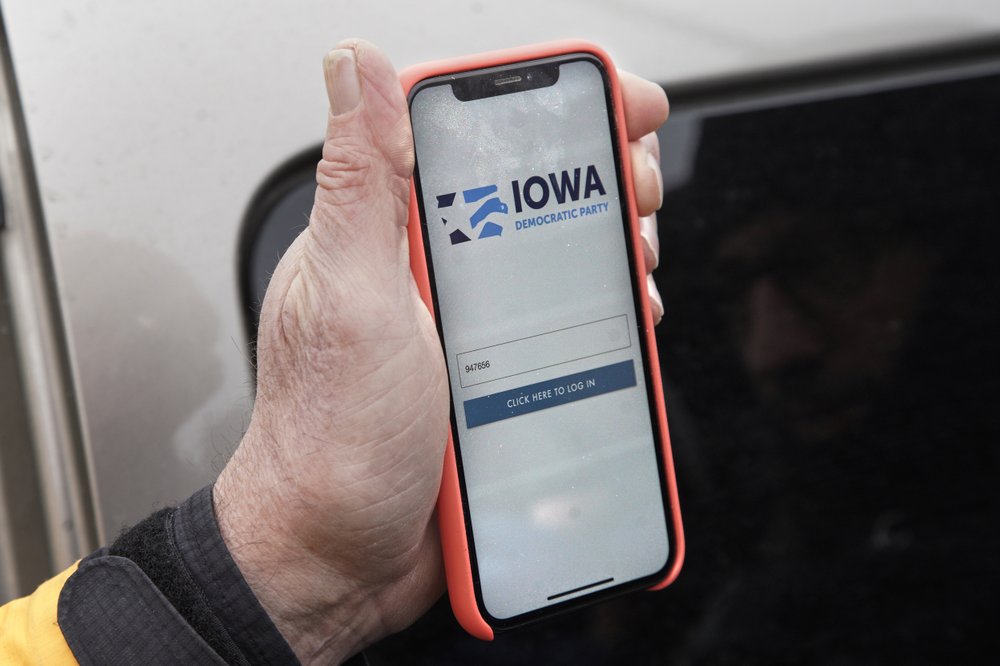 WASHINGTON (AP) — The chairman of the Democratic National Committee on Thursday called for a “recanvass” of the results of the Iowa caucuses, saying it was needed to “assure public confidence” after three days of technical issues and delays.

With 97% of precincts reporting, Pete Buttigieg, a former mayor of South Bend, Indiana, and Vermont Sen. Bernie Sanders are nearly tied for the lead, and both candidates have declared themselves victorious.

The Associated Press said Thursday that it is unable to declare a winner in the contest. Beyond technical issues and Perez’s concerns, the Iowa Democratic Party has yet to report results from some satellite caucus sites, from which there are still an unknown number of state delegate equivalents to be won.

The state party apologized for technical glitches with an app that slowed down reporting of results from Monday’s caucuses and has spent the week trying to verify results. However, it was unclear if the party planned to follow the directive of the national leader to recanvass those results, a process that would likely require state officials to review caucus math worksheets completed at more than 1,600 caucus sites to ensure the calculations were done correctly and matched the reported results.

Iowa chairman Troy Price suggested in a statement Thursday that he would only pursue a recanvass if one was requested by a campaign.

The caucus crisis was an embarrassing twist after months of promoting Iowa as a chance for Democrats to find some clarity in a jumbled 2020 field. Instead, after a buildup that featured seven rounds of debates, nearly $1 billion spent nationwide and a year of political jockeying, caucus day ended with no winner and no official results.

Campaigning in New Hampshire, Sanders called the Iowa Democratic Party’s management of the caucuses a “screw-up” that has been “extremely unfair” to the candidates and their supporters.

“I really do feel bad for the people of Iowa,” said Sanders, who added that it was “an outrage that they were that unprepared.”

Iowa marked the first contest in a primary season that will span all 50 states and several U.S. territories, ending at the party’s national convention in July.

The trouble began with an app that the Iowa Democratic Party used to tabulate the results of the contest. The app was rolled out shortly before caucusing began and did not go through rigorous testing.

The problems were compounded when phone lines for reporting the outcomes became jammed, with many callers placed on hold for hours in order to report outcomes. Party officials said the backlog was exacerbated by calls from people around the country who accessed the number and appeared intent on disrupting the process.

“There was a moment in the night where, it became clear, ‘Oh, the phone number just became available to the entire country,’” said Iowa state Auditor Rob Sands, who was answering calls for the party. “It was a pretty big problem.”

“The Democrats, they can’t count some simple votes and yet they want to take over your health care system,” Trump said at a White House event Thursday celebrating his impeachment trial acquittal. “Think of that — no, think of that.”

The chaos surrounding the reporting breakdown seems sure to blunt the impact of Iowa’s election, which typically rewards winners with a surge of momentum heading into subsequent primary contests. But without a winner called, Democrats have quickly turned their focus to New Hampshire, which holds the next voting contest on Tuesday.

The two early leaders, Buttigieg and Sanders, are separated by 40 years in age and conflicting ideology.

Sanders narrowly lost the Iowa caucuses in 2016 to Hillary Clinton and pushed the party to make changes to the process this year, including releasing three different sets of results: a tally of candidate support at the start of the caucuses, their levels of support after those backing candidates with less than 15% got to make a second choice and the number of state delegate equivalents each candidate receives. The AP will determine a winner based on state delegates.

Given the tight race, former DNC Chairwoman Donna Brazile said the party needs to “get this right” so the eventual nominee isn’t saddled with questions of legitimacy.

“It’s a combination of embarrassment and not being prepared for the various mishaps that can take place when you try to do something new and different,” she said.

Party activist John Deeth, who organized the caucuses in Iowa’s most Democratic county, Johnson, said he welcomed a recanvass and would help as needed.

“It makes sense to look everything over again and get it right,” he said.

Deeth said that he believed the review would uncover some data entry errors as well as some math and rounding errors in how delegates at each precinct were awarded. Volunteers running the precincts did their best, he said, but likely made some minor mistakes.