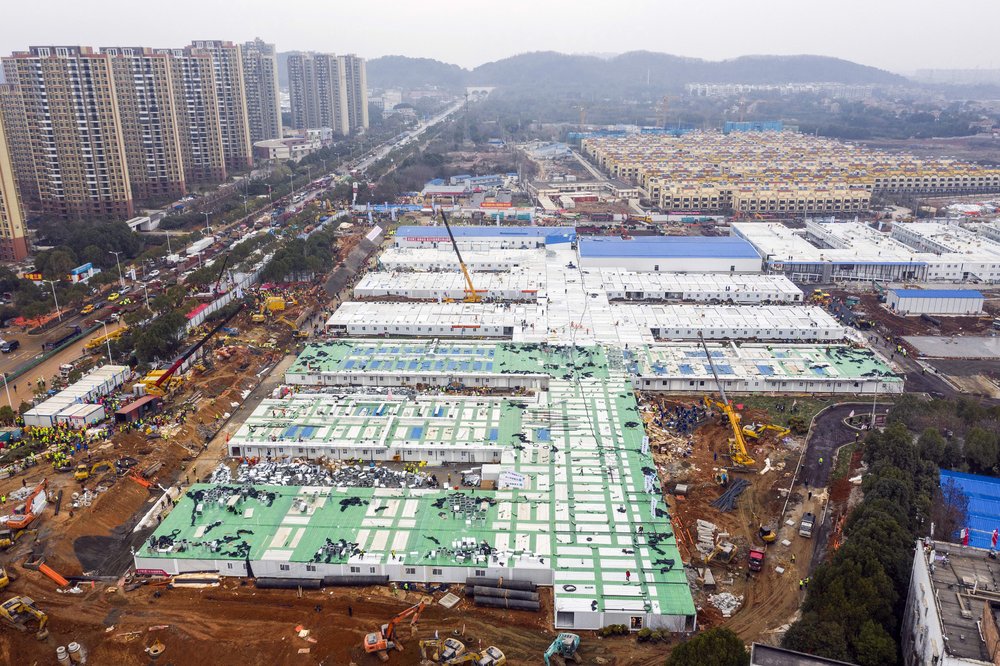 FILE - The Huoshenshan temporary field hospital under construction is seen as it nears completion in Wuhan in central China's Hubei Province, Sunday, Feb. 2, 2020. (Chinatopix via AP)

MADISON, Wis. (AP) — A Wisconsin resident who returned from a trip to China last week has been sickened with a new virus that originated there, becoming the first confirmed case in the state and the 12th in the U.S., health officials said Wednesday.

The adult patient went straight from the Madison airport to the University of Wisconsin Hospital emergency room to be tested for the virus and they have remained in isolation at home ever since, Madison Mayor Satya Rhodes-Conway said.

“They are doing well,” Rhodes-Conway said. “They are still in isolation at home and will remain there until testing shows they no longer have the coronavirus.”

State and local officials declined to release more details about the person, including their age and sex. The person lives in Dane County, where the capital city of Madison and the flagship University of Wisconsin campus is located, but officials would not say where exactly.

The person had mild symptoms, including fever, cough and shortness of breath, but is “doing well” and recovering at home, said Dr. Ryan Westergaard, chief medical officer in Wisconsin’s Department of Health Services Bureau of Communicable Disease.

The patient was tested for the coronavirus because they had traveled to Beijing, China, within two weeks, said Dr. Nasia Safdar, director of infection control at UW Health. The person arrived in Madison on Jan. 30, said Janel Heinrich, director of public health for Madison and Dane County. Positive test results from the U.S. Centers for Disease Control and Prevention came back on Wednesday morning.

People who were on the same flights with the person are in the process of being identified and contacted by their local health departments, said Amanda Kita Yarborough, an epidemiologist with the Madison Dane County Health Department.

Health officials said those who came into direct contact with the infected person, including UW emergency room staff who interacted with the patient, are also being evaluated.

“The risk to Wisconsin residents in general is extremely low,” Westergaard said.

The University of Wisconsin-Madison, home to more than 40,000 students, banned student travel to China last week. The hospital where the patient was treated is located on campus.

Symptoms of the virus include fever, cough, and difficulty breathing. They range from having a mild illness, like the common cold, to severe pneumonia requiring hospitalization. Health officials believe it can take up to two weeks for someone who is infected to show symptoms.

The outbreak of the new type of coronavirus has infected more than 24,500 people globally, with all but a couple of hundred of those in China. There have been 490 deaths in China but none in the U.S. Other cases of the pneumonia-like virus include six in California, one in Massachusetts, one in Washington state, one in Arizona and two in Chicago.

The virus is a member of the coronavirus family that’s a close cousin to the SARS and MERS viruses that caused outbreaks in the past.

Governments have rushed to get their citizens out of China, which is orchestrating history’s largest anti-viral campaign by blocking 50 million people from leaving Wuhan, the center of the outbreak, and nearby areas. A growing number of Chinese cities are discouraging people from even leaving their apartments.