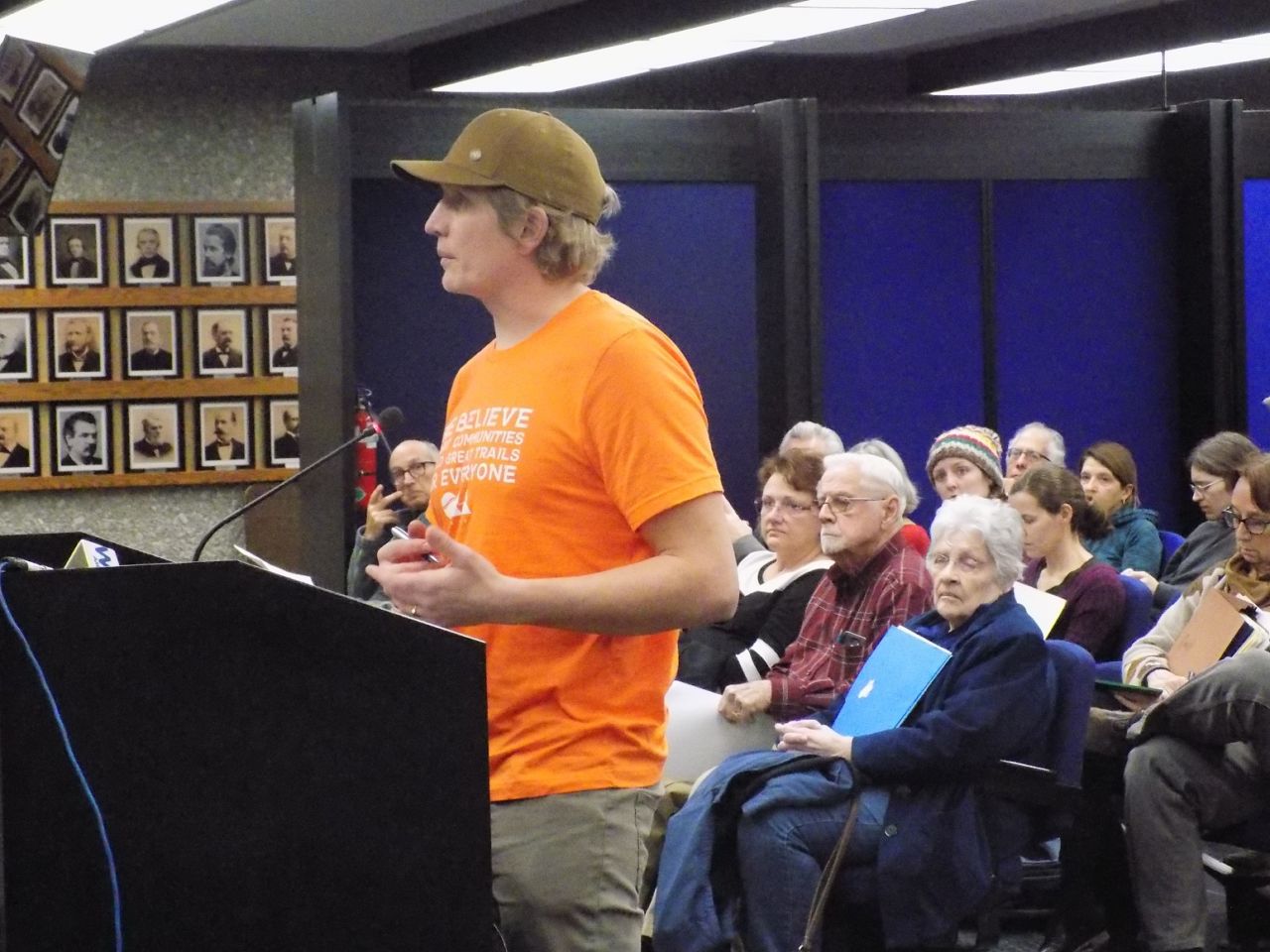 For the second consecutive night, La Crosse’s city hall was the battleground for opposing views on how to use the bluffs.

A city council committee Tuesday, approved rezoning land on 29th Street South near Grandad Bluff, which could be used for access to a proposed blufftop trail.

People living near that land objected to changes, which they say could lead to erosion and property damage. They accused the city and supporters of a proposed trail of keeping homeowners out of the loop about the project.

One speaker at the meeting, Faye Ellis said it was “a very sad day. We should be working together.”

Supporters say the zoning change has no direct bearing on whether the trail project goes ahead or not.

“I am ORA,” Randi Pueschner, of the alliance, said. “ORA is not a mystical entity that is out to get anyone.”

Even the family of Ellen Hixon has gotten involved.

Mrs. Hixon donated the Grandad Bluff area to the city, to stop quarrying on the bluff.

A letter from a Hixon relative objected to the proposed name ‘Grandma’s Gateway,’ suggesting that people would think the trail was named in honor of Ellen, who apparently disliked being called “Grandma.”