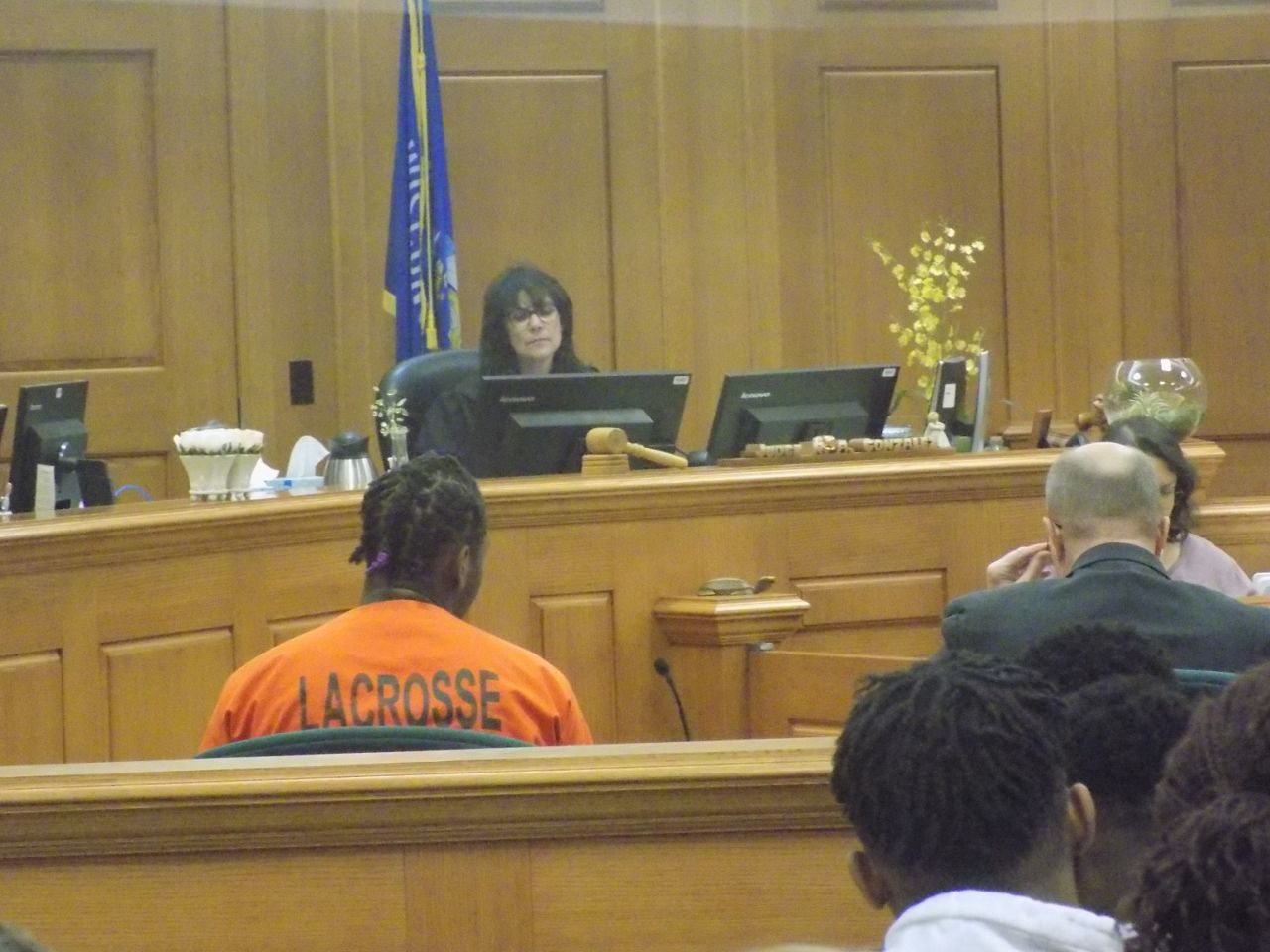 A 17-year-old, convicted of sexual assault, got a four-year prison term Tuesday, for taking part in a gang rape that occurred in a south side La Crosse garage.

Dominique Hister reached a plea agreement in December, after being accused of assaulting a runaway teenage girl who was slightly older than him.

Hister was 15 at the time of the gang rape in the fall of 2017, for which two other young men have also been prosecuted.

Judge Ramona Gonzalez said she was reluctant to accept a negotiated plea, instead of letting the case go to trial.

She says but for Hister’s age, “I cannot disregard what happened in that garage,” which may have involved about a dozen young men.

Gonzalez told Hister that young women need to be protected, and he is allowed no contact with women under the age of 18 without the consent of an agent.

Hister apologized in court for not trying to stop the assaults of two girls, who were in the garage, and said he hopes to “become a better man.”