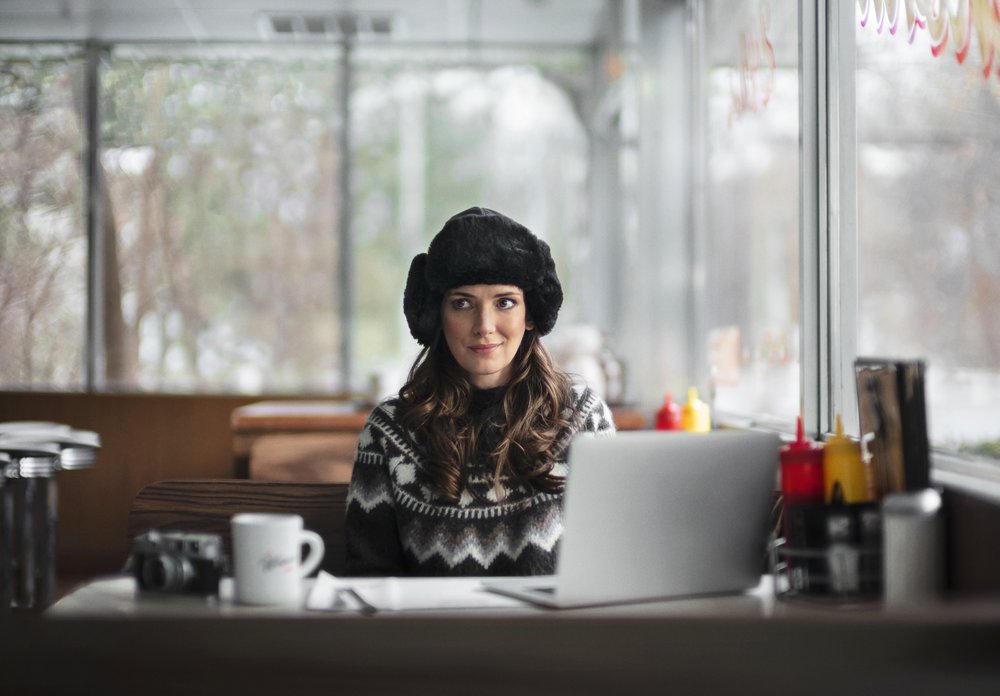 This undated image provided by Squarespace shows Winona Ryder in a scene from the company's 2020 Super Bowl NFL football spot, one of which sort of featured Winona, Minn. (Squarespace via AP)

The 30-second Sqauarespace ad, starred Winona Ryder, who was born in the Minnesota town.

And, while the strange ad mentions the city — and you can see that it’s in Minnesota if you’re really paying attention — it doesn’t do much else to relate.

It shows Ryder lying on the side of the road, in front of a “Welcome to Winona” sign, surrounded by snow-filled fields … while holding a laptop.

An officer, oddly staying a safe distance from the woman bundled up in winter gear, asks why she’s there.

Ryder says she’s making a website — with pictures. He relates. Then leaves.

The commercial featuring a woman born in Winona, in front of a Winona sign but relates more to those in love with the 1996 movie Fargo, which is, of course, in North Dakota, and that is 350 miles away from the Mississippi River town.

The ad campaign involves Winona more in other commercials, but the Super Bowl version fell flat.

The group, Visit Winona, created a parity campaign, playing off Ryder’s visit to the city.

As for Ryder’s mother went into labor as they were passing through Winona en route to California in 1971.

“My mom was in a laundromat and saw a pamphlet about the ‘legend of Winona,’ a Native American girl the town was named for. She bent over to pick it up and she went into labor and that’s how I got my name,” Ryder told People. “The laundromat is gone now but I got to see where it was.”