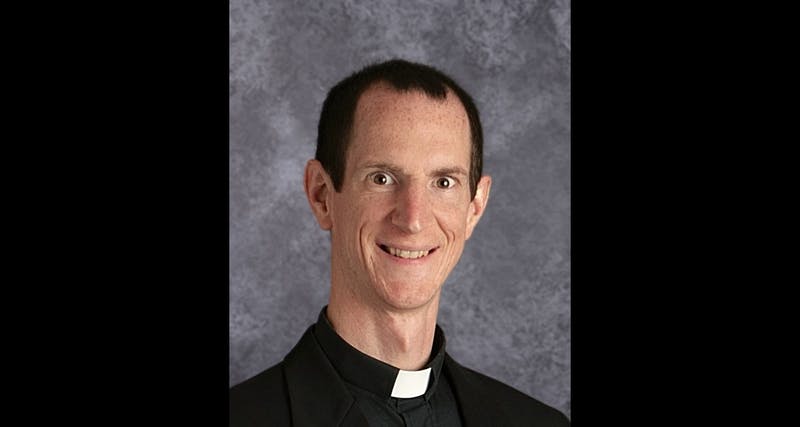 “Both as Americans and as Christians, we do not need to pretend that everyone who seeks to enter America should be treated the same." - Father Nick VanDenBroeke (PHOTO: Church of the Immaculate Conception website)

LONSDALE, Minn. (AP) — A Minnesota Roman Catholic priest apologized Wednesday for saying in a sermon that Islam was “the greatest threat in the world” to the United States and Christianity.

The Rev. Nick VanDenBroeke apologized in a statement issued by the St. Paul-Minnesota Catholic archdiocese. He had made the comments in a Jan. 5 sermon at the Lonsdale, Minnesota, church where he serves as pastor.

The Minnesota chapter of the Council on American-Islamic Relations, a civil rights group, had called earlier Wednesday on Minnesota’s Roman Catholic church leaders to repudiate the sermon. CAIR’s request came after the newspaper City Pages published an article Wednesday about the sermon.

In his statement Wednesday, VanDenBroeke said his homily “contained words that were hurtful to Muslims. I’m sorry for this. I realize that my comments were not fully reflective of the Catholic Church’s teaching on Islam.”

In the statement from the archdiocese, Archbishop Bernard Hebda said that the church’s teaching is clear, and he quoted Pope Benedict XVI as saying that the church looks with esteem to Muslims, who worship God through prayer, fasting and the giving of alms.

“If all of us who believe in God desire to promote reconciliation, justice and peace, we must work together to banish every form of discrimination, intolerance and religious fundamentalism,” Hebda said. He added that Pope Francis also has stressed the importance of dialogue between Catholics and Muslims and has urged all Christians and Muslims to be “true promoters of mutual respect and friendship, in particular through education.”

The homily was recorded and posted on the church’s website. In it, VanDenBroeke said parishioners must remember that immigrants are humans deserving of compassion. But he added that sovereign nations have the right and responsibility to control their borders to protect their citizens and lands.

“Both as Americans and as Christians, we do not need to pretend that everyone who seeks to enter America needs to be treated the same,” he said. “I believe it is essential to consider the religion and worldview of the immigrants or refugees.

“More specifically, we should not be allowing large numbers of Muslims (seeking) asylum or immigration into our country. Islam is the greatest threat in the world both to Christianity and to America,” he said.

He also said he believes that young immigrants known as Dreamers, who were brought to the United States as children, should have a path to citizenship. And he said that he thinks the country’s immigration system could be easily fixed if a wall were built to close the southern border to curb future illegal immigration and “at the same time provide a path to legal citizenship for those who have been living here, who can prove they’re not criminals, they’re living good and peaceful lives, they’re willing to work and pay taxes and be responsible.”