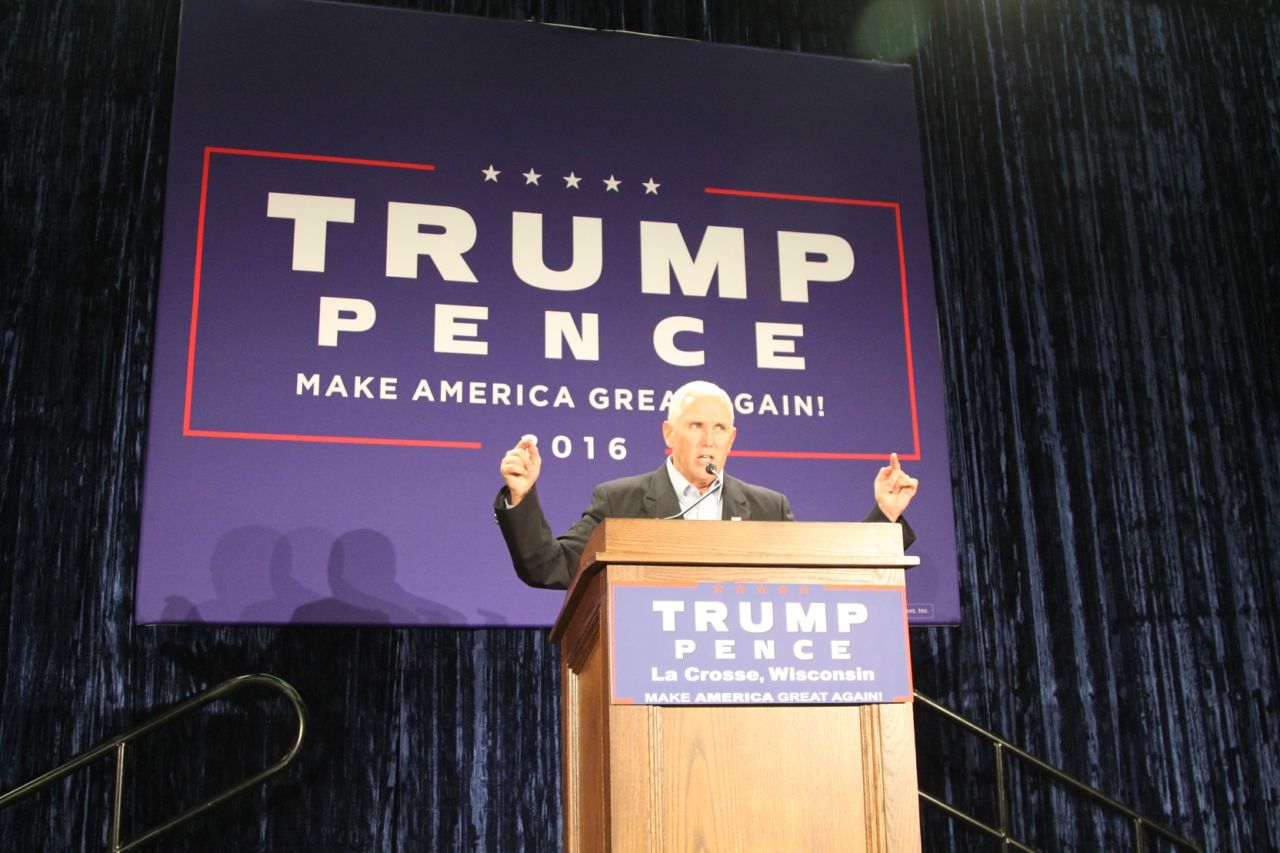 Capitol Police and the Wisconsin Historical Society said they have no records indicating any prior visits by a sitting president or vice president.

The Historical Society’s photo library has an image from when then-Vice President Richard Nixon spoke on the lawn of the Capitol in 1958, an event that appeared to have attracted about 3,000 people. It had no images of visits inside the building by Nixon or any other presidents or vice presidents.

Even though concealed weapons are permitted in the Capitol, no one will be allowed in on Tuesday with a concealed weapon. Capitol Police notified building employees that if they typically store a weapon in their office or work space, they can’t bring them out on Tuesday until after the end of the Pence event.

Pence is scheduled to give a speech Tuesday at an event tied to Wisconsin’s private school voucher program, which began in Milwaukee 30 years ago. The issue has been championed by conservatives, including Pence who supported it as governor of Indiana, so it is giving him the chance to appeal to Republican voters in a swing state.

“The Trump campaign is going to do everything they can to find every last voters they can, everywhere they can,” said Wisconsin Democratic strategist Scott Spector.

Trump narrowly won Wisconsin by fewer than 23,000 votes in 2016. He was crushed in Madison and Milwaukee, the epicenters of Democratic support in Wisconsin. Trump got just 15% of the vote in Madison and 18% in Milwaukee. He still became the first Republican since 1984 to carry the state.

Democratic strategist Joe Zepecki said Pence’s visit is more about the event itself than where it’s located. But he and Republicans agreed that President Donald Trump is looking for every vote they can in Wisconsin, even in areas like Madison where there are few to be had.

Madison, also home to the University of Wisconsin’s main campus, is a reliably liberal city that more often plays host to Democratic candidates looking to show the strength of their support. For example, then-President Barack Obama came to the shadow of the Capitol for a rally with Bruce Springsteen the night before the election in 2012, an event that drew nearly 20,000 people.

Pence’s visit is an official event, not a campaign rally. School Choice Wisconsin, which is organizing the event, expects at least 1,000 people to attend, many of them school children. Building capacity for the Capitol is 4,000. While public access will be restricted, the Capitol will not be shut down on Tuesday.

Pence will speak just around the corner from Wisconsin Gov. Tony Evers’ office. The governor said Monday that while he welcomes Pence to the state, he won’t be around to personally greet him. Evers did not say where he would be and his spokeswoman did not immediately respond to an email asking about his schedule.