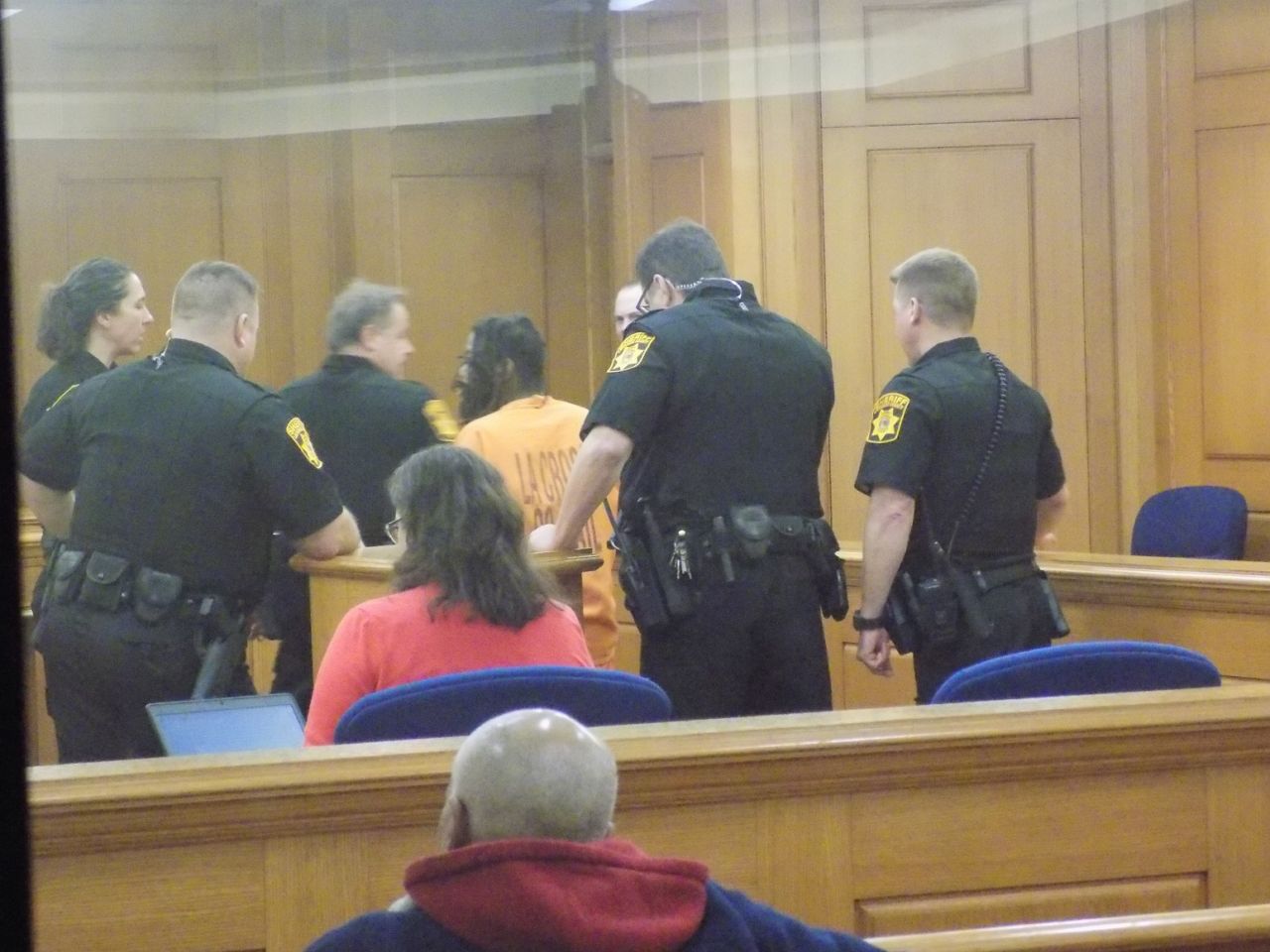 A La Crosse man caught on security video smashing a car window at Valley View Mall is jailed now on a $10,000 cash bond.

Uneke Scarbrough is accused of robbery, theft, and attempted carjacking for alleged disturbances in La Crosse and Onalaska since being released from jail on Monday.

Scarbrough had been arrested earlier this month, for reportedly breaking windows at the Catholic Charities warming center in La Crosse, after he was denied entry one night.

On Tuesday, Scarbrough was sent back to jail after Valley View Mall security video showed him trying to break into a parked car through a window, while someone was sitting in the car.

In court on Wednesday, Scarbrough attempted to interrupt prosecutor Jessica Skemp, and occasionally argued with Judge Scott Horne, saying he does not want a court-appointed attorney, or as he put it, a ‘public pretender.’

Scarbrough denied being mentally ill, saying he was diagnosed with ADHD when he was young, and said he does not need medication.

“I don’t need to be lookin’ like I need mental health needs, you guys try to shoot me or dose me up or falsify some type of documents,” said Scarbrough.

Skemp asked for a high cash bond, while describing charges against Scarbrough, saying the suspect broke into one woman’s vehicle, and smashed a window in a van, trying to “rip the driver out.”

Following his previous arrest, Scarbrough refused to leave his jail cell on several days when he was supposed to appear in court.

Scarbrough was surrounded by police and court security when he was transferred from court back to the jail.

His next court hearing is scheduled for Friday.