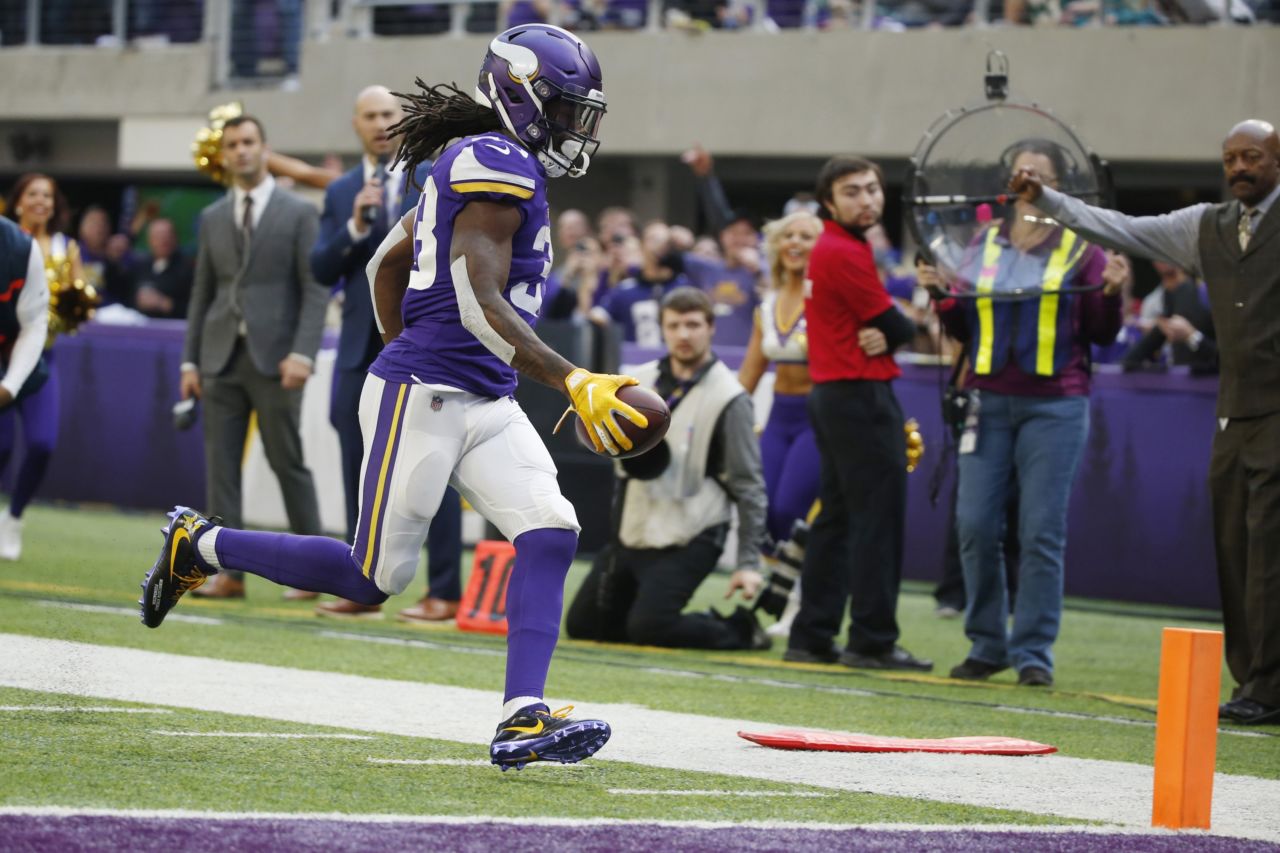 EAGAN, Minn. (AP) — Standing safely on the sideline in their caps and sweats, Minnesota’s starters found a compelling reason over each of the last two preseasons to pay attention to the second half of those otherwise meaningless exhibitions.

Mike Boone was the attraction, and this week the Vikings just might have to make him their featured running back in a high-stakes contest against division rival Green Bay.

“He was a guy that was just so fun to watch,” wide receiver Adam Thielen said. “That last game you were like, ‘Hey, get him out of there. We need that guy for the season.’ Because he was just so talented, the way that he ran the football with a different mentality that you don’t see every day.”

The Vikings were treated to another look at Boone last week during their 39-10 victory over the Los Angeles Chargers. Dalvin Cook was pulled out of the game early in the third quarter after hurting his shoulder, and Alexander Mattison, the primary backup, was already absent with an ankle injury.

That meant a full load for Boone, the undrafted second-year player out of Cincinnati. He finished with 56 yards and two touchdowns on 13 rushes. Ameer Abdullah also chipped in five carries for 25 yards.

“If another running back comes in the game, I don’t feel like, ‘Oh, man, we’ve got a different running back.,’” right tackle Brian O’Neill said. “We don’t care, because we all know they’re going to do their job at a very high level, and the best part of it is that they’re going to all be in their assigned spots.”

Cook, who had been playing through a different injury around his collarbone, has not practiced at all this week. Neither has Mattison. With the likelihood that the Vikings (10-4) will make the playoffs whether or not they beat the Packers (11-3) and given the reality that even a Vikings victory on Monday night might not be enough for the NFC North title, Cook is expected to be held out of the game. Mattison could well be headed for the inactive list again, too, leaving Boone in the spotlight for an offense designed around establishing a consistent rushing attack so Kirk Cousins can attack with play-action passes.

Boone totaled 90 carries for 391 yards and three touchdowns over eight preseason games the last two years, plus 13 catches for 145 yards, to make his case for a roster spot. Like many undrafted players, Boone kept his place by excelling on kick coverage and return units.

“He’s really been champing at the bit to play anyway,” coach Mike Zimmer said. “That’s why he’s been doing such a great job for us on special teams, because he just wants to get on the field.”

Boone flashed a big smile after practice on Friday afternoon when asked about his first extended action in a regular season game, with the probability of more ahead.

“That’s what we focus on, just having depth, being able to get in a do the same things as Cook and not be a fall-off and continue to help the team no matter which running back’s in the game,” Boone said. “It’ll feel good, if that’s the case. I’ll finally get a start and try to make the most of it.”

Cook, who was picked this week for his first Pro Bowl and is third in the NFL with 1,654 yards from scrimmage, wasn’t down about his latest injury and the prospect of missing the Packers game.

“It’s part of the game. It’s football. This ain’t the end of the world, you all know that, right? We’re still playing football. We’re winning, like we won Sunday,” Cook said. “I’ll be all right.’’