La Crosse Center to have business as usual during construction 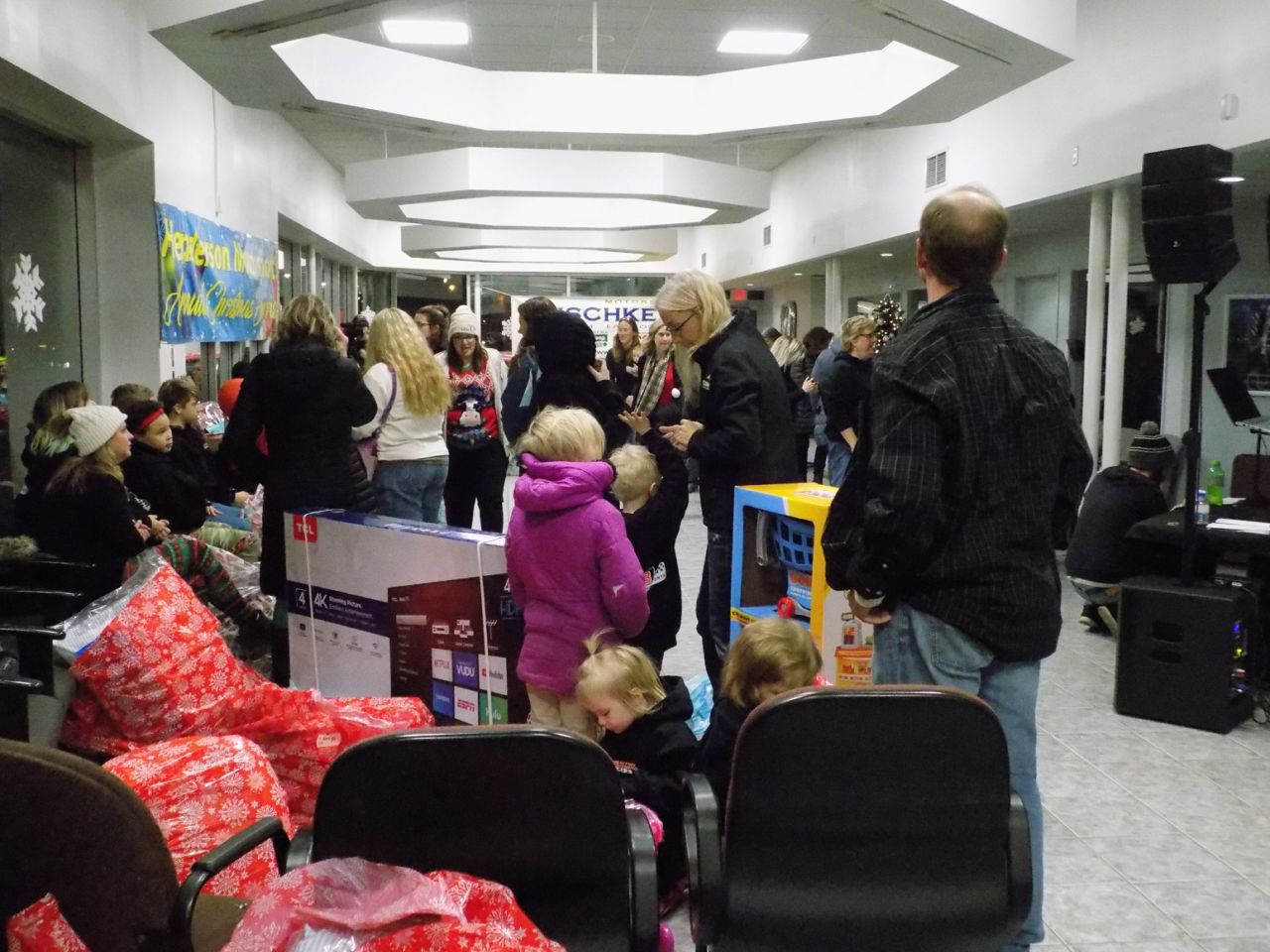 Eight La Crosse area families have plenty of Christmas gifts, and the food for a big holiday celebration, after a Friday party at a La Crosse car dealdership.

For the seventh year, Henderson Motorsports has sponsored the party for selected area families at the Pischke Motors showroom on 4th Street.

The families chosen from within the La Crosse School District have a total of 28 children who received presents from Santa Claus and volunteers.

While the kids got sports equipment, shirts, and toys, the families also received bigger items such as wall-mounted TV sets.

Race driver Matt Henderson and his family have arranged for the holiday gifts, as a way to pay back the community for its support of his racing team.