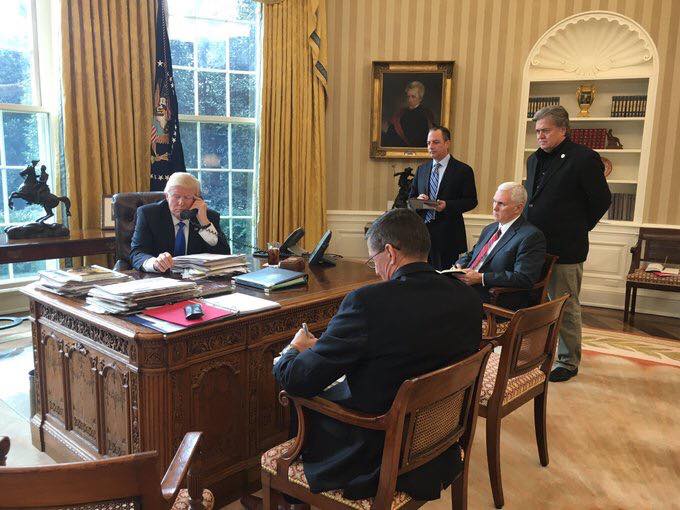 WASHINGTON (AP) — A federal judge on Monday scheduled a sentencing hearing for next month for Michael Flynn after rejecting arguments from the former Trump administration national security adviser that prosecutors had withheld evidence favorable to his case.

The order from U.S. District Judge Emmet Sullivan in Washington pushes the case closer to a resolution following months of challenges and arguments from Flynn’s attorneys, who had leveled a series of accusations against the FBI and the Justice Department.

Sullivan disagreed in a lengthy opinion Monday, saying Flynn’s attorneys had failed “to explain how most of the requested information that the government has not already provided to him is relevant and material to his underlying offense.”

He also rejected allegations that FBI agents who interviewed Flynn at the White House in January 2017 trapped him into making false statements or that the Justice Department had pressured him into entering a guilty plea. Flynn pleaded guilty to lying to the FBI about his conversations during the presidential transition period with the Russian ambassador to the United States.

Flynn had earlier said in court that no one had forced him to plead guilty, something the judge noted in his opinion. Flynn was ousted from the White House weeks after the interview. Officials said he had misled them about his interactions with then-Ambassador Sergey Kislyak.

The new sentencing date is Jan. 28.

In the opinion, Sullivan also said that one of Flynn’s legal briefs “lifted verbatim portions from a source without attribution” and cited rules of professional conduct barring deceit and dishonesty.

Flynn’s lead lawyer, Sidney Powell, said Sullivan’s “decision is as wrong as it is disappointing.” She said that “the plagiarism accusation makes no sense” and that she relied on one of her own cases as well as on a brief primarily written by a friend that she says she cited and linked to.

Flynn was supposed to have been sentenced a year ago after admitting lying to the FBI about having discussed sanctions with Kislyak. As the sentencing hearing was already underway, he requested that it be postponed so that he could continue cooperating with prosecutors in hopes of securing a lighter punishment.

Since then, he has changed attorneys, who have challenged the basis for the prosecution and accused prosecutors of holding onto relevant information that they argued could point to his innocence.

Sullivan rejected those arguments, as well as defense efforts to connect Flynn’s case to the prosecution of the late Alaska Sen. Ted Stevens. That case, which was also presided over by Sullivan, was ultimately thrown out amid allegations that prosecutors withheld evidence favorable to the senator.