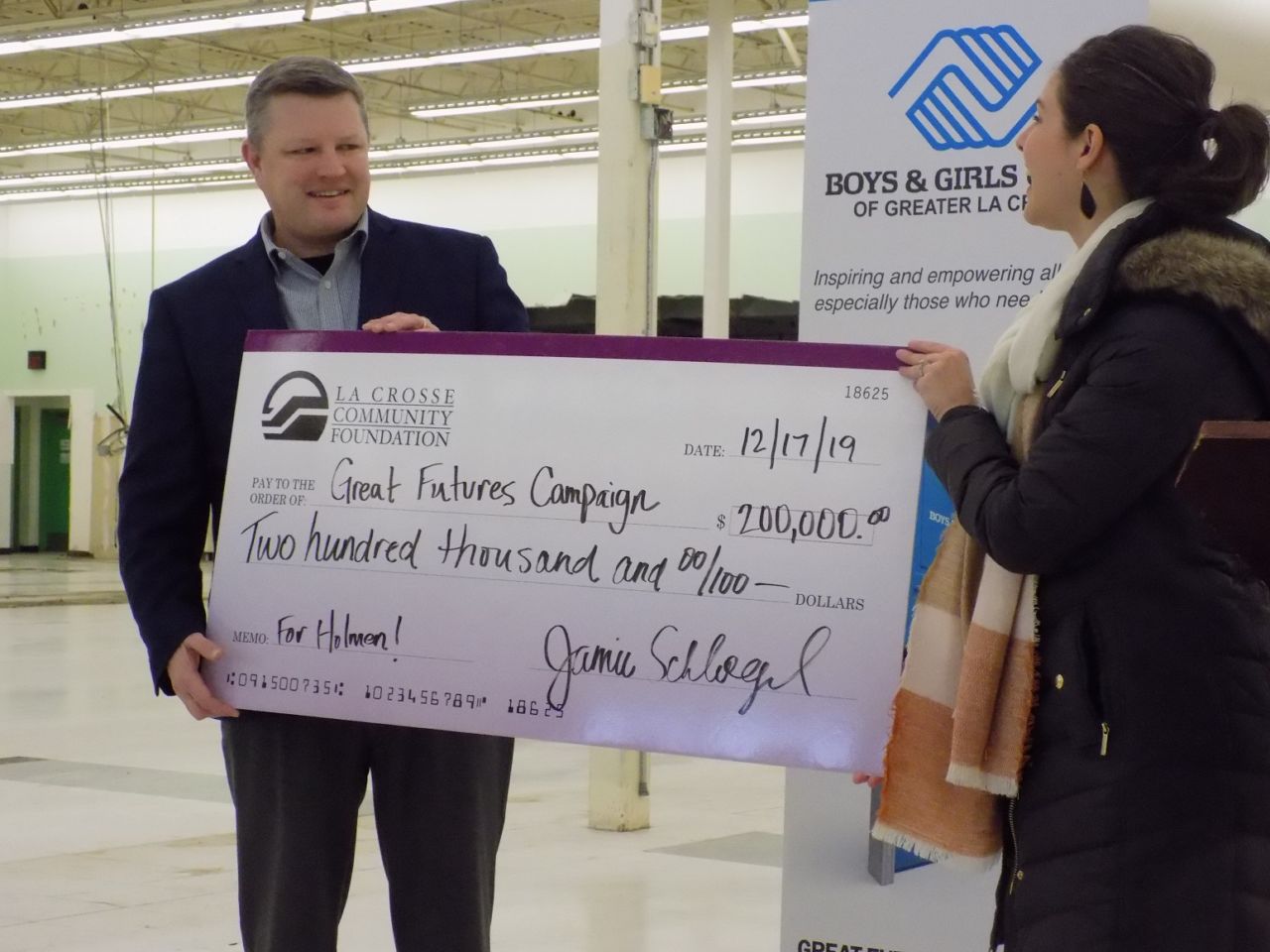 A new Boys and Girls Club for Holmen gets a major gift from the La Crosse Community Foundation.

The club has accepted a $200,000 donation to help convert the former Festival Foods store at Holmen Square into a new community facility.

“This is what it was meant to be,” said Skogen, about the club plans. “This is the right location, the right size, right community.”

The foundation gift brings the Boys and Girls Clubs to within $1.2 million of the fundraising goal for building a Holmen club, which would be expanded to 40,000 square feet to include two gymnasiums.

Jake Erickson, the executive director of the La Crosse area Boys and Girls Clubs, says Holmen is the biggest school in the Mississippi conference, but the only one that doesn’t have its own after-school facility for kids.