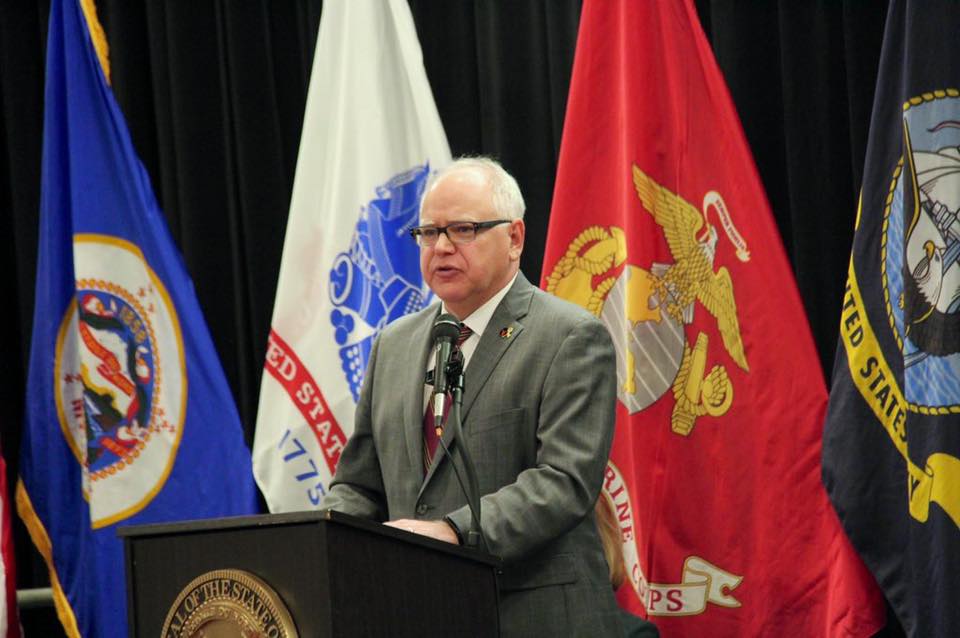 ST. PAUL, Minn. (AP) — Minnesota budget officials projected a $1.332 billion surplus in the current two-year budget period on Thursday, setting up contentious debates for the 2020 legislative session on whether to save the extra money or spend it, possibly to cover tax cuts.

Budget Commissioner Myron Frans credited the surplus to a better-than-expected finish to the last budget period, a rosier revenue forecast and a modest decrease in estimated spending. He said the extra revenue will also boost the state’s separate budget reserve — a cushion against economic downturns — to $2.359 billion.

Democratic Gov. Tim Walz and Democratic legislative leaders joined Frans in urging a cautious approach to using the money, given that the forecast predicts slower economic growth over the next four years and that it doesn’t account for inflation in program costs. But they agreed that the forecast shows that the state can afford to pass a sizable public works borrowing package, also known as a bonding bill, during the session, which convenes Feb. 11.

“We’re in a healthy economic position and we need to protect that,” Walz said. “We must think to the future. We must ensure Minnesotans are in the best position possible to weather whatever economic uncertainties may come our way. We need to think about and budget for the next generation, not just the next year. That means exercising caution, and continuing to protect our fiscal stability.”

Senate GOP Majority Leader Paul Gazelka said the surplus shows that the federal tax cuts enacted under President Donald Trump and the bipartisan state income tax cut approved by the Legislature earlier this year are spurring economic growth. He was pleased that the budget reserve has hit the target that lawmakers set.

“It’s time to give the rest back,” Gazelka said.

Even though Walz flatly ruled it out, House GOP Minority Leader Kurt Daudt called for eliminating the state’s tax on health care providers, saying it would cut health care costs for all Minnesotans. Preserving that tax, which was due to expire, was a cornerstone of the final $48 billion budget deal last session.

The two parties appeared far apart on how big the bonding bill should be. Walz wouldn’t put a figure on what he’ll propose, but said it’ll likely be larger than the $1.27 billion he proposed last session. House Democratic Majority Leader Ryan Winkler said his bonding committee chair has been discussing a $3.5 billion package. Gazelka declined to offer a figure but appeared to agree with Daudt’s assertion that it should be less than $2 billion.

Daudt said that the state constitution will force both parties to work together on the package, since the final bill will require three-fifths majorities to pass. That will require Republican as well as Democratic votes in both chambers.

The surplus could also provide money for the state to reimburse other governments for over $100 million in improper payments made in recent years by the Department of Human Services, including $29 million in overpayments of federal money to two Ojibwe tribes for drug treatment programs. But GOP leaders insisted that that want to see the agency put its house in order before asking for more money.

While Thursday’s budget forecast added new fuel to the debate over what the governor and Legislature should accomplish in the 2020 session, an updated forecast due in late February will set the foundation for lawmakers’ final spending and taxing negotiations.

“I look forward to us having a robust debate on all of the issues that are impacting Minnesotans,” Walz said. “I think that this allows us some opportunities for everyone to bring some bold ideas forward.”