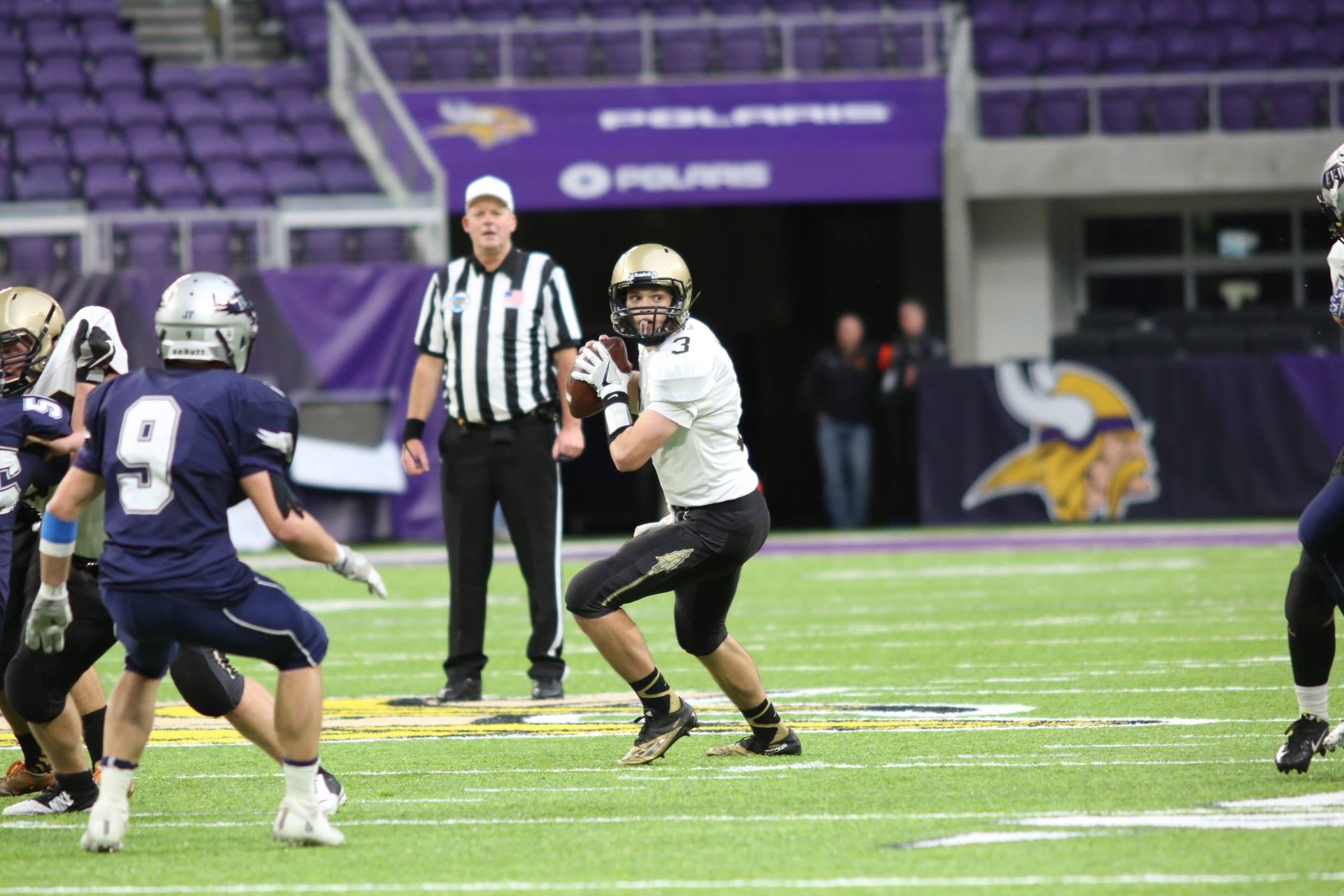 The Caledonia High School football team won the Class 2A state championship for the fifth consecutive season with a 26-0 shutout over third-ranked Minneapolis North.

Noah King and his brother Eli King connected for two touchdowns for the top-ranked Warriors in the title game at U.S. Bank Stadium.

It’s the 68th win in a row for the Warriors, which is the nation’s longest winning streak, completing five consecutive undefeated seasons.

Only one other Minnesota high school football team has won five state championships in a row. That was Stephen-Argyle in the nine-man division from 2003 to 2007.