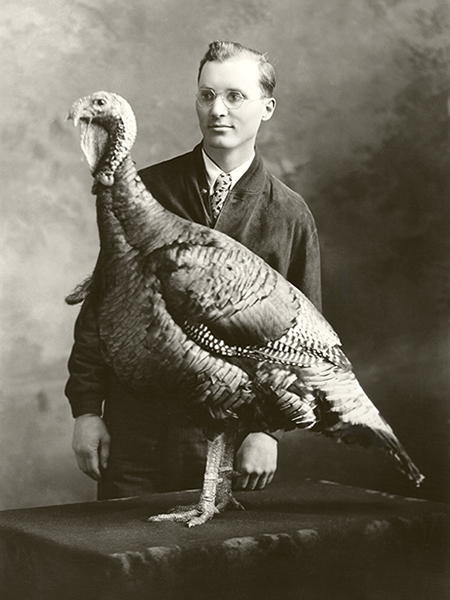 As family and friends gathered on Thursday around a table filled with potatoes, pies, and of course, turkey, the Wisconsin Foundation and Alumni Association recognized a graduate who helped make the meal possible.

Wallace Jerome of Spooner loved to watch turkey eggs hatch and had a flock of 200 birds by the time he completed high school in 1928, according to the Wisconsin Foundation and Alumni Association.

Jerome studied at the UW-Madison Farm and Industry Short Course and became an egg inspector for the Wisconsin Department of Agriculture. He returned to college in the late 1930s and graduated from the University of Wisconsin with a degree in poultry husbandry in 1941. At the height of the Great Depression, Jerome purchased an abandoned pea cannery in Barron, Wisc. and turned it into a processing plant for turkey meat.

After improving turkey-farming systems to handle large numbers of birds, he launched Jerome Foods, which later became the Turkey Store and ultimately merged with Hormel Foods to become today’s Jennie-O Turkey Store. Jerome not only put Thanksgiving turkeys on the table across the country, but he also created innovations such as GobbleStix, steaks, tenderloins, sausages, burgers, and ham — all made of turkey.