La Crosse Police get huge donation from 95.7 the Rock, for newest four-legged officer 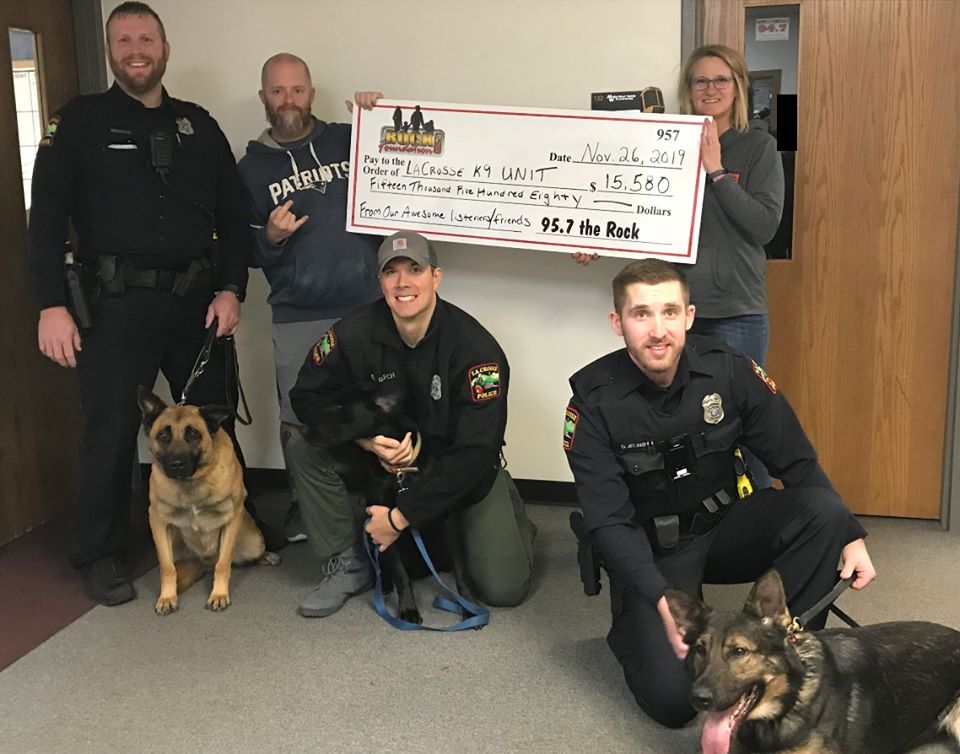 It will cost the La Crosse Police Department nothing, thanks to 95.7 the Rock.

The Mid-West Family station and the Rock Foundation raised $15,580 in the past week to foot the bill for the police’s newest K9 officer.

“We had hoped to cover the cost of receiving the canine itself,” Pataska said. “This will cover that, plus the cost to train the canine. The end result was astonishing.”

For a week, listeners of 95.7 were able to bid on auction items and play their favorite song, no matter the genre, on the station for a donation.

The police were in need of a new pup after K9 Zaback had to be retired because of back surgery.

“It’s going to give us the most coverage and we’ll probably put it on a power shift,” Pataska said. “It’ll be a dual specialized K9, trained in narcotics detection and patrol.”

The department’s K9 program is entirely funded through donations, and Pataska said the recent fundraiser shows the community’s support.

“Our citizens really pulled through for us, and it really shows how committed our community is to the K9 program,” Pataska said.

The money will now pay for training needed with the dog and its handler in Minnesota for 13 weeks. They hope to have the dog out on the streets next Summer.