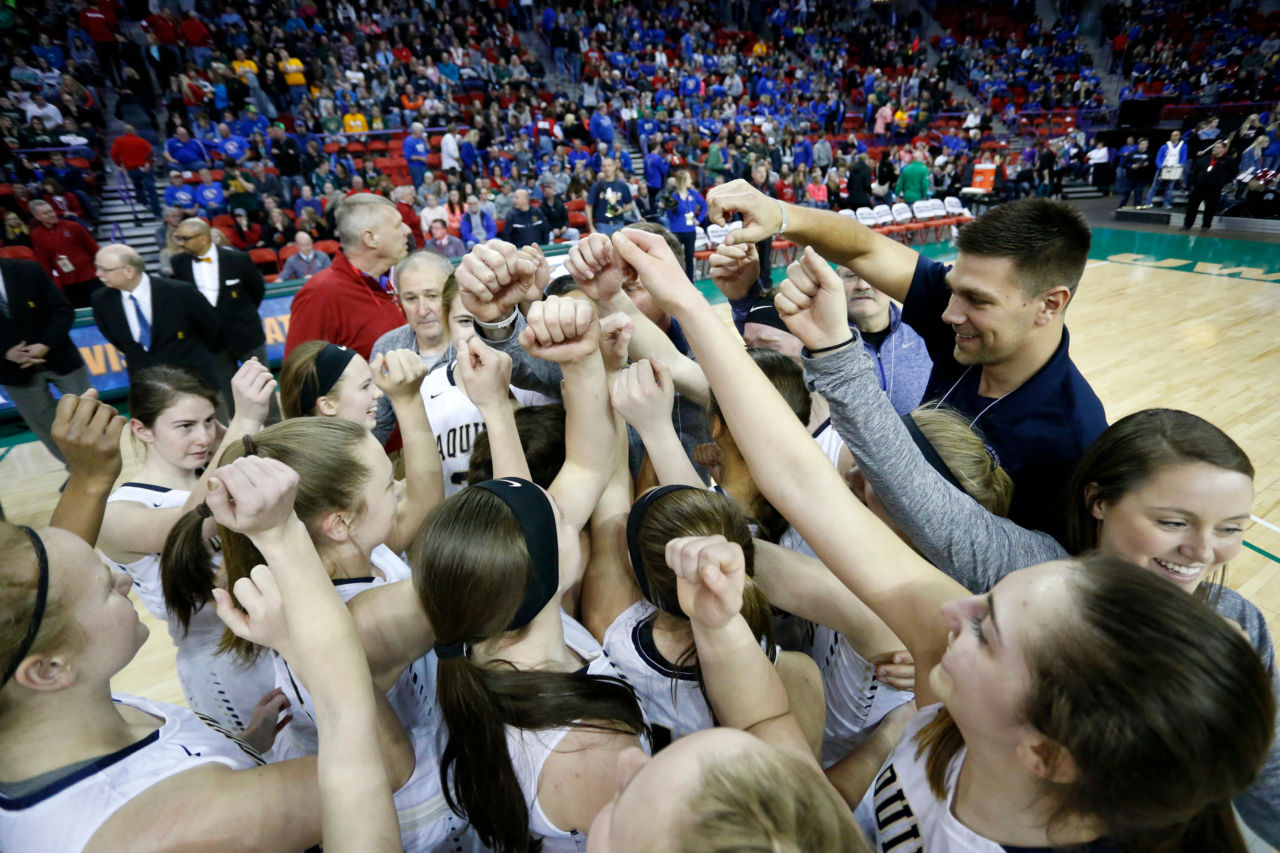 Last year, the Blugolds had just one loss on their way to a title — again, over the Mustangs.

This season, the record might not look that good. Aquinas coach Dave Donarski is making sure of that. But, his team will be ready, come playoff time.

“I don’t know why I do this to myself,” Donarski joked. “I mean, I guess I plug in my schedule and say we can play anyone. We’re going to play four state champions this year. It’s the hardest nonconference schedule we’ve ever played.”

Beyond going 83-2 and claiming two state championships in the last three years — Aquinas lost 43-42 to Howards Grove back in the 2017 state championship — these seniors have also seen success in track and field and volleyball, in which they finished the state runners-up this fall.

“As a team of girls, they’re just successful athletically,” Donarski said. “They have an edge in knowing what it takes to win and sacrifices when it comes to working hard in practice.”

The Bluegolds gave up an average of just 42 points last season.

Aquinas wasted no time keeping up the pressure in last Friday’s season-opener, a 84-35 win over Chippewa Falls.

Donarski says it’s that defensive side of the court he takes pride in.

“That’s the hardest work in the world,” Donarski said. “Everyone can make shots, but not everyone wants to guard the way we want to guard.”

Several Aquinas players will be competing at the collegiate level.

Lexi Donarski has committed to play for Iowa State, Courtney Becker with Drake, and Taylor Theusch with Minnesota State-Mankato.