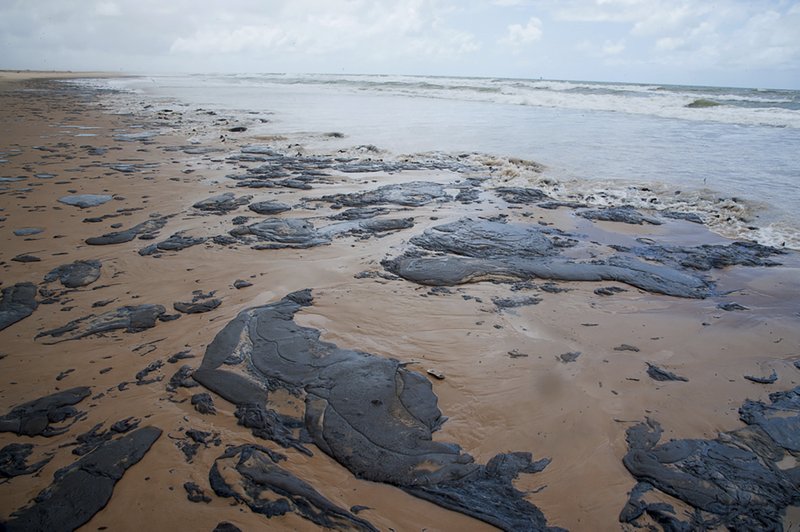 FILE - In this Sept. 25, 2019 file photo released by the Sergipe state government, oil covers the beach in Sergipe state, Brazil. Oil has been washing up on Brazilian beaches for two months, with authorities saying it’s one of Brazil’s worst-ever environmental disasters. (Sergipe State Government via AP, File)

RIO DE JANEIRO (AP) — The Brazilian Navy says it has found small bits of crude oil on a beach in Rio de Janeiro state, the 11th state to be affected by a mysterious and massive oil spill.

Authorities reported Saturday finding very small quantities of the black tar —300 grams— but its arrival on a beach in the highly touristic state of Rio is symbolic.

The Navy confirmed the oil collected Friday was “compatible” with that found in other states.

Authorities have retrieved more than 4,000 tons of oil thus far. The thick, viscous substance first showed up early September and has since polluted more than 720 beaches, rivers and mangroves, hurting fishing and tourism.

Authorities have described the spill as one of the country’s worst environmental disasters and say more might be coming.