No. 14 Wisconsin looks to extend winning streak vs. Purdue 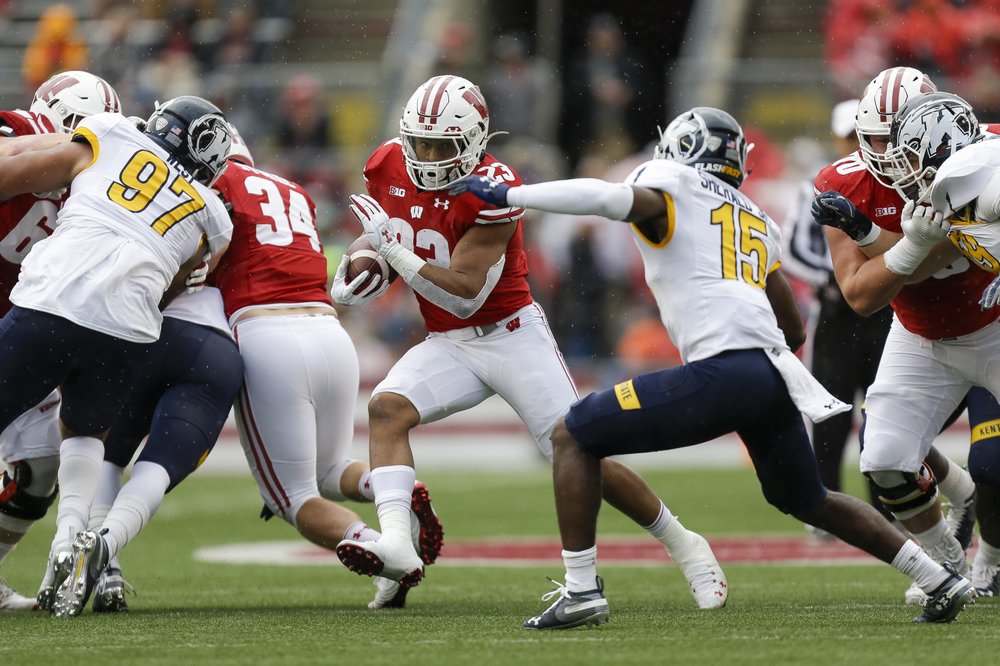 Purdue needs to win its final two games in order to be bowl eligible, while Wisconsin looks to keep pace with No. 11 Minnesota in the Big Ten West Division. The Boilermakers have lost 13 straight against the Badgers.

Purdue’s defensive front vs. Jonathan Taylor. Taylor has averaged 270 yards in his previous two games against the Boilermakers, including a career-high 321 yards in a triple-overtime win in last year’s meeting. Taylor rushed for at least 200 yards for the 11th time in his career against Nebraska last week, matching USC’s Marcus Allen for the third-most 200-yard games in FBS history. Only Ron Dayne (14, 1996-99) and Ricky Williams (12, 1995-98) had more. No player in FBS history has rushed for more yards than Taylor through their junior season. Taylor’s 5,634 yards are second in Big Ten and program history behind Dayne’s 7,125.

Purdue: Wide receiver David Bell. The 6-foot-2 freshman leads the Big Ten with 65 catches and is tied for fourth in the conference with 791 receiving yards. Bell has four touchdowns in his past five games. The 18-year-old’s first career reception for the Boilermakers resulted in a 49-yard touchdown at Nevada on Aug. 30.

Purdue QB Aidan O’Connell, a walk-on in 2017, has engineered late drives to win each of the last two games to keep the Boilermakers’ longshot bowl hopes alive. … Purdue’s last 19 touchdowns have been scored by freshmen. … The Boilermakers have lost six straight at Wisconsin’s Camp Randall Stadium. … The Badgers’ current 13-game winning streak against Purdue is the longest streak by either team in a series that dates to 1892.