Giannis gets triple-double, nearly 26 years to the day when rookie Shaq went off for 24-28-15 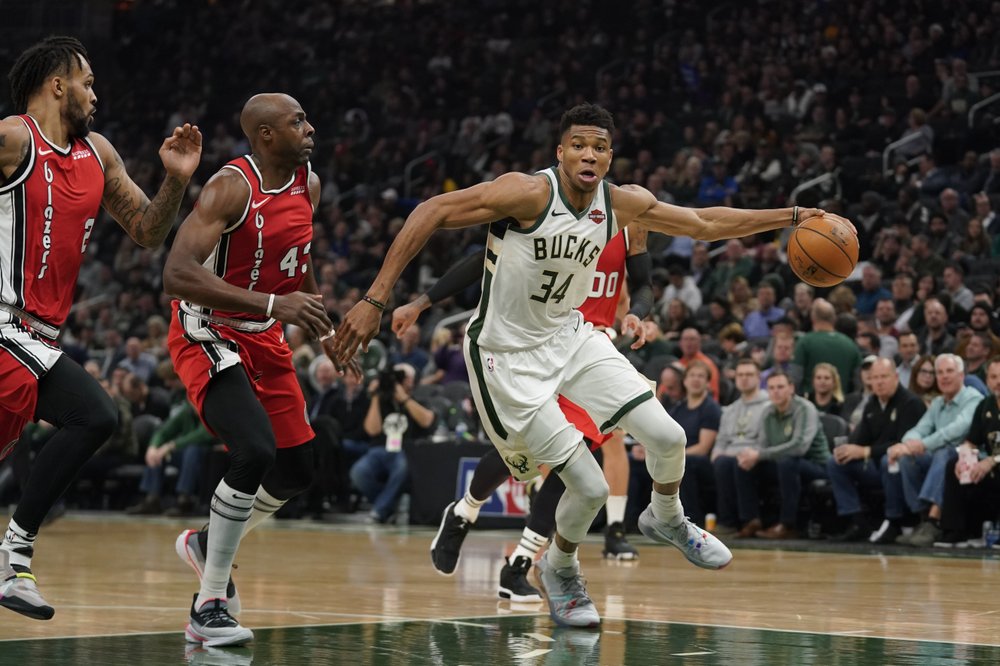 A ridiculous triple-double for Giannis Antetokounmpo, nearly 26 years to the day when a young center named Shaquille O’Neal had a triple-double of his own.

The 24-year-old Antetokounmpo had 24 points, 19 rebounds and 15 assists as the Milwaukee Bucks held off the Damian Lillard-less Portland Trailblazers 137-129 on the road.

Antetokounmpo, last night, admitted he didn’t play so great, shooting-wise. The reigning MVP was 9-for-27 from the field and 1 of 7 from deep — not to mention 5-for-10 from the line. Eric Bledsoe and Donte Divincenzo took over.

Bledsoe scored 30, and, replacing the injured all-star Khris Middleton in the starting lineup, Divincenzo added 16. The 22-year-old NBA sophomore has scored in double figures in the past four games Middleton has missed.