FROM 6-9 a.m. WEDNESDAY: Come meet the La Crosse P.D. K9 unit, and help get it back to full strength 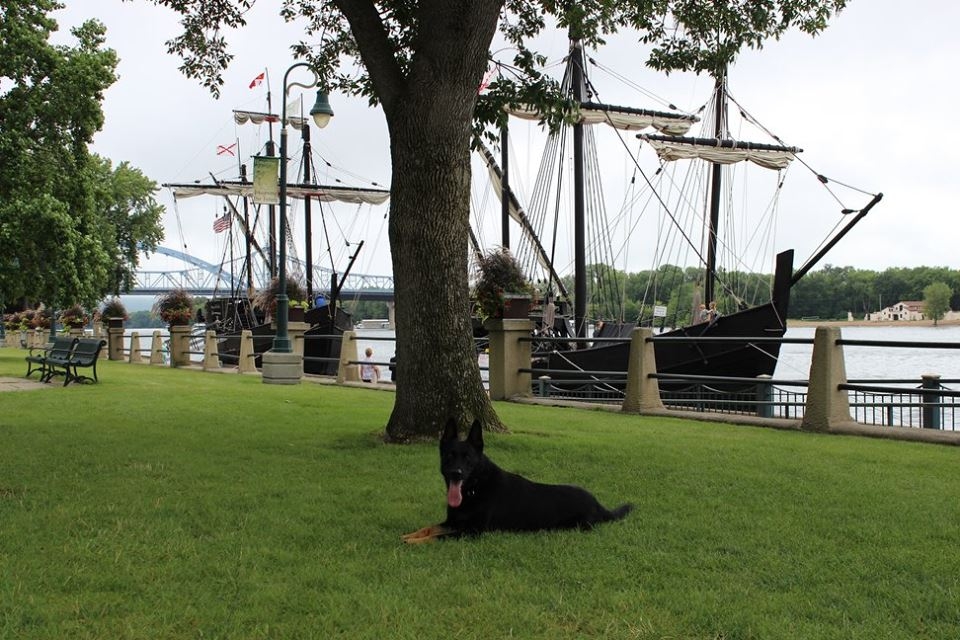 La Crosse Police's Zaback at Riverside Park back in August. The 6-year-old German Shepherd had to recently retire, and 95.7 The Rock is footing the bill to replace him on the force. (PHOTO: @LaCrossePolice on Facebook).

The La Crosse Police Department is down one, four-legged officer.

So, 95.7 the Rock has taken upon itself, the funding for that fifth pupper for the police’s K9 unit at a cost from anywhere between $5,000- $10,000. But, the Mid-West Family Broadcasting station could use the community’s help.

The police’s K9 unit is now made up of four dogs named Thor, Loki, Bill and Zeus.

Bill, the force’s only explosives detection canine, said he’s big-timing the Rock and wants more treats to show up for the event. Handler, Officer Dan Ulrich, could not be reached for comment on Bill’s outburst (this is sarcasm, people).

Along with raffles, auctions and song requests to help raise money to bring a fifth canine back to the force, the Rock has put on its website (here) a way for donors to help choose the name of the newest pup.

La Crosse Police Sergeant Steve Pataska’s son, however, might have the best one picked out already.

“I’ve got an 11-year-old boy that wants him named Rocky in the worst way because 95.7 the Rock,” Pataska said Friday on La Crosse Talk PM.

The effort to bring another dog to the force is to get back to full strength, after the abrupt retirement of Zaback.

The 6-year-old German Shepherd had to call it quits early for precautionary reasons due to back surgery.

Along with talking about the life of a canine both at home and on duty with the La Crosse Police, Pataska stressed the importance of getting back to five pups on the K9 unit.

“The last I checked, last week, I think we had 848 canine-related calls for service,” Pataska said Friday on La Crosse Talk PM. “So, it is extremely beneficial.”

Even if you can’t make Wednesday’s meet and greet — where there will be free doughnuts for humans, which might be why they’re calling it Doughnuts for Donations — Pataska says if you happen to see one of their four pups out and about in public, feel free to say hi.

“We have no issue with people coming up in the community, approaching the canine handlers and asking, ‘Hey, do you mind if I pet your dog? Do you mind if I talk to you a little bit about (the canines)?’ “ Pataska said, mentioning officers have baseball-like cards of all the canines to give out.

The Rock’s footing the bill for the police’s next dog, will help buy the pup from a breeder in the Czech Republic, and train both dog and officer in Blaine, Minn., for nearly four months.