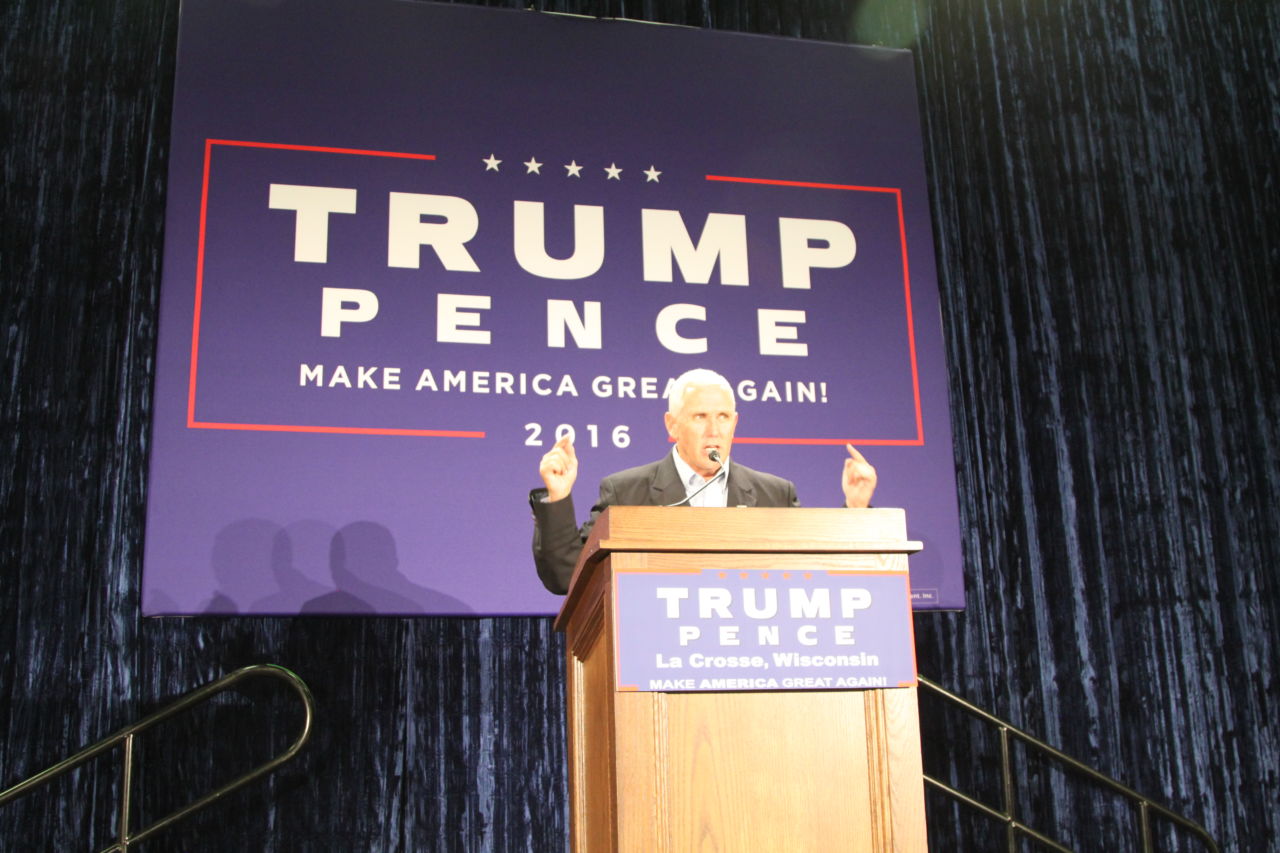 FILE - Mike Pence campaigning at UW-La Crosse in Aug. during the 2016 presidential primary.

Want the La Crosse Police Department to help with a campaign stop?

Tuesday, the department divulged that it has three unpaid invoices from presidential campaigns from the 2016 race totaling over $10,000.

As the 2020 campaign heats up, the department will be requiring a 50-percent, upfront payment.

In a statement, Assistant Chief Rob Abraham said the city taxpayers shouldn’t be stuck footing the bill, considering the amount of money the campaigns raise.

The release adds they look forward to working with any campaign regardless of political party.